Home All Others Basal Cell Carcinoma Synptoms, Treatment & Prevention
All OthersDiseases and Conditions

Basal cell carcinoma is a common form of cancer that develops on the surface of the skin. Most of the times, it is characterized by a crusted papule. Basal cell carcinoma is one of the most common cancers among people with fair skin, affecting about 3 out of 10 Caucasians around 50 years of age. Its development is correlated with exposure to sunlight and ultraviolet radiation.

Unlike many types of cancer, most basal cell carcinomas are effectively treated by surgery with a low risk of recurrence when detected early. However, if left untreated, the tumor can develop rapidly and lead to destructive expansion, particularly in the face. Basal cell carcinomas rarely lead to the development of metastases. 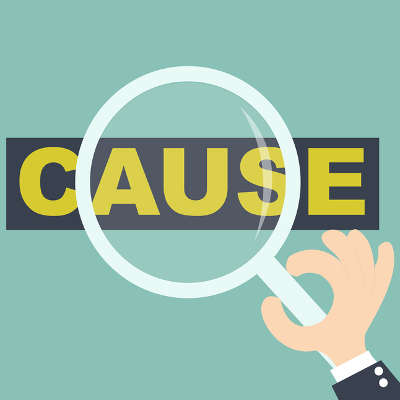 Basal cell carcinoma develops when the cells of the outermost layer of your skin are damaged and multiply abnormally. Most common factors that can cause skin cells to mutate and become cancerous include:

Chronic exposure to certain chemicals – Environmental factors such as certain herbicides, some petroleum products, and arsenic exposure may contribute to the development of basal cell carcinoma and other cancers. The risk is even higher in peoplepredisposed to the disease or those who start those habits during childhood.

Immunosuppressivemedications – Prolonged use of agentsor drugs that inhibit or weaken the immune system can lead to basal cell carcinoma and other types of cancers.

Chronic wounds – Chronic skin ulcers and/or wounds may contribute to the occurrence of basal cell carcinoma.

Basal cell carcinoma manifests in the form of a white bumps or as a scaly, brown or flesh-colored patch which develops on the surface of the skin. Unlike other ordinary skin lesions, the ulcer does not heal and tends to repeatedly bleed. In nearly 8O% of basal cell carcinoma, the lesion develops in sun-exposed regions of the body: head and neck, especially on the inner corner near eye, nasolabial fold, forehead, temples, scalp, and the upper front of the body.However, in severe cases, the tumor may be located on other areas of the body like the mouth or genitals.

Your oncologist will ask you questions about your medical history. In addition, he will perform a physical examination looking for clinical signs of basal cell carcinoma. This examination will help him detect not only the tumor but also the type of cancer you have. Depending on the appearance of the tumor and the results of microscopic examination, basal cell carcinoma is divided into many subtypes. The most common include:

After typical signs of basal cell carcinoma have been found, your oncologist will take a skin sample in the affected area to be examined under a microscope. The biopsy will be performed by a skilled pathologist who will be able to confirm if you have basal cell carcinoma or not.

To treat your basal cell carcinoma, your oncologist will take into consideration several factors such as age, severity of the tumor, appearance, size, etc. Nowadays, several methods of treatment are available to eradicate a skin cancer: electrocautery, surgery, cryosurgery, radiotherapy, and chemotherapy. Sometimes, the therapies require the cooperation of several specialists.

This method aims to destroy the cancer cells by using extreme cold. During the procedure, the specialist applies liquid nitrogen on the diseased tissue for a few seconds, which freezes the tumor and destroys cancer cells. In general, cryosurgery is performed to treat very small cancers and pre-cancerous or abnormal skin changes.

This surgical technique involves removing the cancer of the skin with a portion of surrounding healthy tissue. Surgical excision can be used in the successful treatment of medium-size basal cell carcinomas. However, it often leaves scars.

Also called electrosurgery, cauterization consists of burning the tumor and then removing it with a sharp instrument called curette. Because of its effectiveness in the removal of small tumors, cauterization is often performed to treat basal cell carcinoma. It may leave a scar, which can be recovered by a skin graft.

Radiation therapy is a local regional treatment, consisting of using high energy rays to kill cancer cells and to shrink or completely eradicate a tumor. Unlike chemotherapy, radiation therapy treats a precise area of the body, which means it has little impact on normal cells. Depending on the size of the tumor, radiotherapy can be used alone or in combination with surgery or chemotherapy.

Chemotherapy is a cancer treatment consisting of using very strong drugs to destroy cancer cells in the entire organism. Most of the time, chemotherapy medications are taken in pill form or intravenously to kill or slow down the proliferation of cancer cells. In the treatment of basal cell carcinoma, chemotherapy drugs are mostly administered in the form of cream (tazarotene, imiquimod, 5-fluorouracil, and others) or lotion. In fact, chemotherapy is rarely used in the treatment of basal cell carcinoma; it is used only when the cancer has spread into other parts of the body.

It is important that you do a self examination of your skin regularly to detect any changes in your skin. This practice can help you detect skin cancer in their genesis and prevent complications. See your doctor if you discover signs related to basal cell carcinoma or any type of skin cancer.

If you want to prevent basal cell carcinoma, it is important that you avoid prolonged sun exposure, especially if you are at risk. Other preventive measures include: