Home All Others Myeloma Statistics, Symptoms, Treatment & Prevention
All OthersDiseases and Conditions

Multiple myeloma, also called as myeloma, plasma cell myeloma or Kahler’s disease, is a malignant degeneration of the plasma cells (also known as plasma B cells, plasmocytes). In other words, you have multiple myeloma when there is an inappropriate and excessive production of plasma cells in your body.

Multiple myeloma is a cancer that develops from white blood cells, a group of blood cells formed in the bone marrow. These cells, forming part of the immune system, produce antibodies (immunoglobulins) to combat infections and pathogenic attacks capable of causing diseases. Myeloma occurs when plasma cells multiply and invade the bone marrow at higher than normal level. These turbulent cells (myeloma cells) take the place of healthy blood cells to form, in the skeleton, multiple osteolytic tumors.

Without an early and effective treatment, myeloma cells will eventually attack your bones, causing pain and increasing your risk of fractures. As the cancer progresses, myeloma cells can also spread into your kidneys and nervous system, leading to fatal problems.

The incidence of multiple myeloma, however, varies with age. From 2002-2006, the median age at diagnosis for myeloma was 70 years of age. The percentages and ages of people diagnosed were approximately:

In your bone marrow, specifically in the lymphoid tissue, live a variety of lymphoid cells. Their main role is to secrete immunoglobulins (antibodies) to fight infection and other pathogenic conditions. This work must be done constantly to keep your body healthy. Multiple myeloma occurs when, due to certain factors, plasma cells multiply excessively in several regions of the bone marrow. Instead of producing normal antibodies (immunoglobulin) to protect your organism, myeloma cells produce an abnormal immunoglobulin called monoclonal protein (or M protein).

In addition, this disorder can result in formation of cells called osteoclasts. Osteoclasts are cells responsible for bone resorption. They act by lowering the pH in contact with the bone matrix and secreting proteolytic enzymes, leading to deterioration in the bone structure and increased risk of fractures and pain.

The causes of this abnormal change leading to myeloma are not well known. Medical Researches, nevertheless, have detected several factors that may contribute to the development of these abnormalities in the plasma cells.

Some researchers believe that exposure to certain chemicals used in agriculture and the oil industries can be possible causes of multiple myeloma. Although not yet confirmed, as far as you can, avoid exposure to these substances.

Multiple myeloma can remain asymptomatic for many years; the disease continues its physiological damage without causing noticeable symptoms. In most cases, signs and symptoms begin to emerge after a long period after the tumor is advanced.

Many patients find out they have multiple myeloma during a routine blood test or a diagnostic for another medical condition. As myeloma affects the bones of the spine, the first symptom is often a pain in the back, ribs, neck or pelvis.

The most common multiple myeloma symptoms include:

Myeloma is a serious disease that can result in many complications; the most common include:

Anemia – uncontrolled growth of myeloma cells may cause decreased production of blood platelets and inhibition of normal red blood cells.

Infection – normally, the role of anti-bodies (immunoglobulins) is to fight infection; however, presence of antibodies in very large amounts (myeloma cells) inhibits the synthesis of other normal immunoglobulins, which no longer allow the body to cope with infectious agents. Although the list of infection that can be due to a weakened immune system is enormous, the most common infections that are related to myeloma are pneumonias and urinary tract infection (UTI).

Bone disorders – problems such as bone pain, fractures, vertebral collapse are commonly associated with myeloma. Without appropriate treatment, paralysis in the legs can occur. In addition, dissolving of bone can also cause release of high levels of calcium in the blood, leading to hypercalcemia and its symptoms:

Many patients find out they have multiple myeloma during a routine blood test or a diagnostic for a medical condition that has nothing to do with myeloma. However, if you go to hospital because you experience symptoms related to multiple myeloma, your doctor will do test specific to myeloma to confirm the disease.

In general, before moving to sophisticated diagnostic techniques, your doctor will question you about your health, your medical history, and perhaps that of your family. After which, he will examine your body in search of signs that indicate multiple myeloma. These procedures, however, are not sufficient to declare accurately the disease; other special tests need to be performed to confirm a myeloma diagnosis. Blood and urine tests – during these tests, a specialist will collect urine and blood samples to determine the quantity and quality of different substances in your blood cells. These tests also help your physician to evaluate the functioning of certain organs such as your kidneys.

Your physician will recommend a blood test called serum protein electrophoresis (SPEP) to detect presence of abnormal proteins such as M protein, an antibody found in unusually large amounts in the blood or urine of patients with multiple myeloma; or Bence Jones protein, light chains of immunoblobulin found in the urine, of which increased levels may indicate multiple myeloma. In addition, the blood test helps your doctor to know whether the concentrations of calcium in the blood are higher than normal.

Imaging techniques – some imaging exams such as x-rays of your skeleton, magnetic resonance imaging (MRI), computerized tomography (CT) scan or positron emission tomography (PET) scan can be performed to help your doctor do a thorough analysis of your organs, tissues and skeleton.

Biopsy – a biopsy is a key exam in the diagnosis of multiple myeloma. It allows your doctor to establish with certainty the presence of the cancer. It involves removing cells or tissue of bone marrow for laboratory analysis. If cancer cells are found, your physician will perform other tests to determine their rate of spread (staging).

Once it is confirmed that you have multiple myeloma, further exams are needed to determine the stage of the cancer. This is an important step; it helps your doctor to choose the most appropriate treatment to fight the disease. In general, the stage of cancer depends on the tumor size and degree of spread.

There are several methods to describe the multiple myeloma stages, but the classification system mostly used is the Durie–Salmon. Durie-Salmon Myeloma Staging System is based on 3 stages: stage I, stage II and stage III.

Stage I – the cancer is considered as a “stage 1 myeloma” when the following criteria are met:

Stage II – at stage 2, the cancer can present the same characteristics as stage 1, the only difference is that the number of myeloma cells has increased.

Stage III – in this last stage, the cancer has become more aggressive, and your chance to survive has decreased considerably.  The cancer is considered as a “stage 3 myeloma” when the following conditions are present:

There is no cure for multiple myeloma. There are, however, therapeutic approaches to improve your life. Even if you do not experience symptoms, it is important that you regularly visit your doctor in order to monitor the disease, and prevent complications. 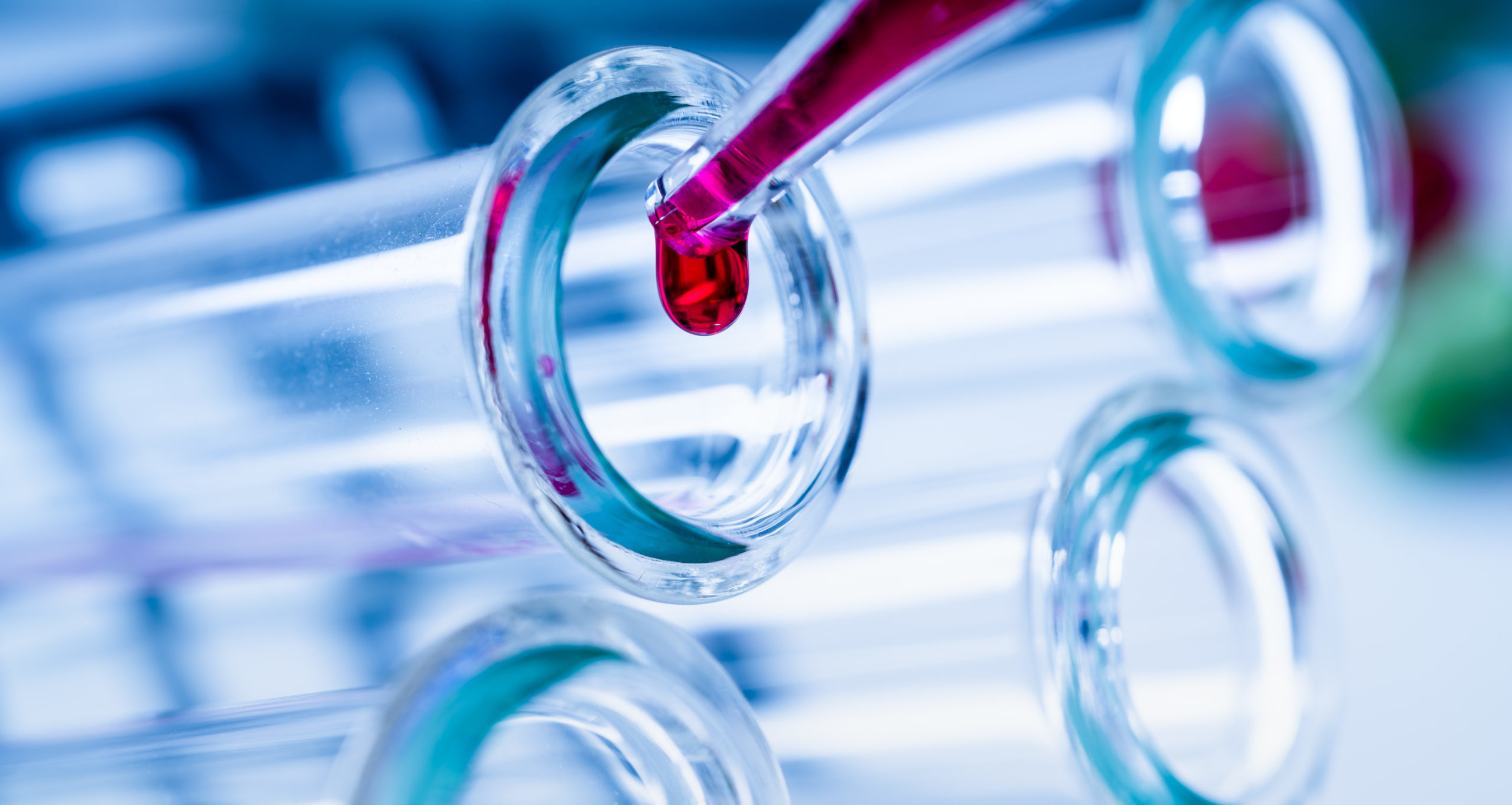 If you have a symptomatic myeloma associated with high levels of M protein and calcium in your blood or your urine, and/or impaired renal function, your doctor will recommend treatments to control the disease. In general, your doctor will prescribe one or a combination of these therapies:

Chemotherapy drugs can be administered orally or by intravenous injection. In myeloma treatment, chemotherapy drugs are recommended to be taken for several months. If the level of M proteins stabilizes, your doctor may decide to stop the chemotherapy. The drugs most often used in the treatment of multiple myeloma include:

Radiation therapy consists of using X-rays of high energy to destroy myeloma cells. Unlike chemotherapy, radiation therapy is local-regional therapy; it treats a specific part of your body, the region where the tumor has developed. Usually, the therapy must be performed once a day, four or five days a week for several weeks.

Immunotherapy is a therapeutic method involves the use of medical substances in order to stimulate the immune system to attack the myeloma cells. Cancer immunotherapy includes many medications; however, in the treatment of multiple myeloma, the drug most often used is interferon. It works by slowing the growth of myeloma cells, and help your body produces enough healthy stem cells. Depending on the reaction of your body to the drug, it can prolong your life.

Other medications – Other drugs commonly used in the treatment of multiple myeloma include Bortezomib (Velcade), Thalidomide (Thalomid) and Lenalidomide (Revlimid).

Multiple myeloma prognosis depends on the stage of the disease when it was diagnosed.

Approximately, the median survival is:

The best way to prevent the occurrence of any cancer is to live a healthy lifestyle. Myeloma is not attributable to a unique cause; several factors can cause the formation of cancerous cells in your bone marrow. Some risk factors such as sex and age are impossible to change; others, however, can be prevented. If you want to prevent myeloma and all other cancers, it is necessary to live a healthy lifestyle and eat a healthy diet. Below, are some tips that can help you: