Home All Others Skin Cancer Statistics, Symptoms, Treatment & Prevention
All OthersDiseases and Conditions

The skin is the largest organ of the body. It is composed of three main tissue layers: the epidermis, representing the superficial layer of the skin; the dermis, the deep layer beneath the epidermis; and the hypodermis the deepest layer of the skin which lies below the dermis. Your skin contains small specialized structures such as nerves, hair, nails and various types of glands.

The skin is one of the most important organs of the body. It plays several roles essential to the functioning of the organism such as:

According to the World Health Organization (WHO), it is estimated that over 2 million non-melanoma cancers (basal cell carcinoma and squamous cell carcinoma) and 200 000 malignant melanoma cases occur each year worldwide. About 66 000 people die year of these skin cancers.

The incidence of skin cancer varies with age. From 2002-2006, the median age at diagnosis for cancer of the skin (excl. basal and squamous) was 60 years of age. Ages and percentages of people diagnosed were approximately:

Skin cancer occurs when DNA from some healthy cells of the skin undergo a mutation that causes them to multiply anarchically. In certain type of skin cancer, mainly basal cell carcinoma, the mutation is caused by damage to a gene called PTC by ultraviolet (UV) radiation from sunlight and/or commercial tanning lamps and tanning beds. 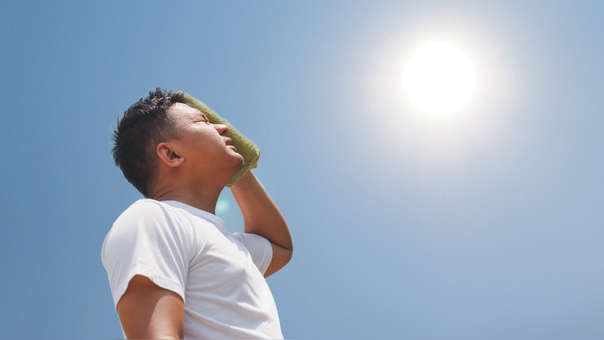 Unlike many types of cancer, the causes of skin cancer are more or less known. Numerous studies have demonstrated that basal cell carcinoma, squamous cell carcinoma and melanoma are associated with significant exposure to sunlight. The risk is even higher when the exposure starts in the early years of life. That is, prolonged and continuous exposure to sunlight in childhood is the main factor that can cause skin cancer later in life.

Although exposure to ultraviolet rays from the sun is the main cause of skin cancer, artificial sources of ultraviolet radiation (tanning lamps and tanning beds) are also suspected in the development of the disease. It is shown prolonged skin contact with certain chemicals can increase the risk of skin cancer.

This risk is higher if you have fair skin, blond or red hair, blue or green eyes, freckles and moles. In addition, if you tan easily, you’re more likely to develop cancer of the skin because your skin is less pigmented and less protected from the sun.

Skin cancer is a multifactorial disease; several factors may contribute to its development. The most common factors that are linked to the onset of skin cancer include:

Early signs and symptoms of skin cancer often go unnoticed. Initially, most skin cancers do not cause any pain, itching or bleeding. People tend to confuse the disease with other common skin problems.

Skin cancer develops mostly on the sun-exposed areas of the skin: scalp, face, lips, ears, neck, chest, arms and hands. In some cases, the cancer can develop on the legs (mostly in women), palms, beneath the fingernails, spaces between toes, under toenails, and genital area.

Characteristic and location of symptoms of skin cancer depend on the type of cancer you have. However, in most cases, the first sign of a basal cell carcinoma is a whitish bump which eventually bleeds and makes a crust that keeps coming. A squamous cell carcinoma can be characterized by a red, dry and scaly nodule or lesion. The lesion tends to be small at the beginning and grow as the tumor progresses.

Squamous cell carcinoma – this form of skin cancer develops most often in areas exposed to the sun: head and neck, upper body, forearms, hands and nails; however, the lesion can appear on other areas such as the mouth or genitals. In general, squamous cell carcinoma is characterized by either one of the following signs:

Melanoma – melanoma can develop anywhere on your body as an irregular large brownish or dark growth on your skin. Melanoma may also begin in or near an existing nevus (sharply-circumscribed and chronic lesion of the skin). The lesion tends to progress rapidly, which makes it the most serious form of skin cancer. Melanoma is responsible for nearly 75% of deaths from skin cancer. In most cases, melanoma is characterized by:

Some of complications that can be resulted from skin cancer are:

Melanoma – an advanced melanoma may cause complications even after treatment. Thus, after

treatment, a prolonged monitoring is necessary to detect recurrence and ensure there are no other suspicious lesions. In the absence of effective treatment and increased surveillance, a melanoma can spread and give rise to metastases in these sites:

Having metastatic skin cancer, your survival chances decrease dramatically. Follow your doctor’s appointments and take all precautionary measures to prevent recurrence of cancer after treatment. 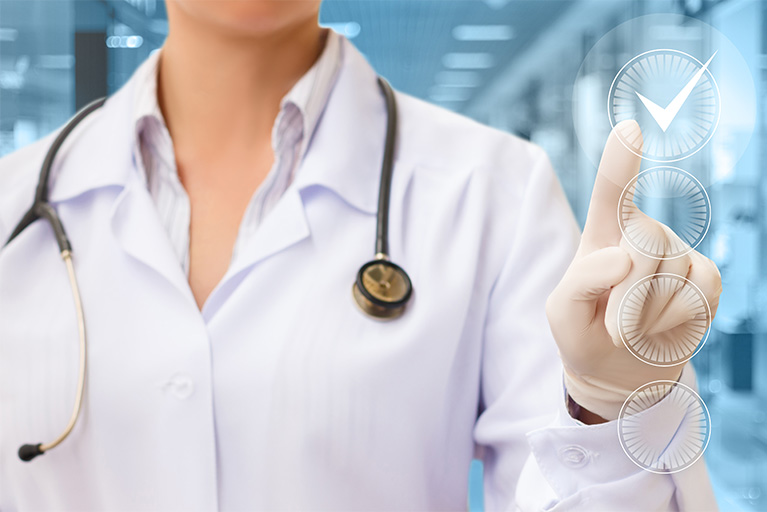 Skin cancer diagnosis can be done by physical examination. During the exam, your dermatologist will examine your skin looking for lesions that indicate presence of cancer. Your dermatologist may suspect and differentiate a cancerous lesion from other skin problems. In some cases, he can complete the exam by a dermatoscopic analysis, use of magnifying glass to increase the size of the tumor on your skin.

However, to rule out other skin diseases that have similar symptoms to skin cancer, a biopsy is necessary. Your physician will take samples from the malignancy for laboratory analysis (biopsy).  This histological examination is essential to accurately confirm the diagnosis. Besides the confirmation of the cancer, the biopsy can also help your doctor to determine the severity of the tumor.

Melanoma – once the cancer is found in your skin, it is necessary to find its stage. In general, the stage of melanoma is measured from the size of the tumor and the presence of cancerous cells in any lymph nodes or other parts of the body: lungs, brain, spinal cord, liver or bone. Your oncologist can use the result of the biopsy to determine the stage of the cancer.

Also called cryosurgery, cryoablation or targeted cryoablation therapy, cryotherapy is the application of extreme cold to destroy diseased tissue, including cancerous cells. During the procedure, your physician uses a cryoprobe, a surgical instrument used to conduct intense cold to small areas of body tissues in order to destroy them. The physician is guided by imaging techniques to position the cryoprobe precisely on the treated area. While he is freezing the tissue, he visualizes the movement of the device in real time on a monitor like a television screen.

Surgery is the essential treatment of skin cancer; In fact, most skin cancers diagnosed and removed early need no other therapeutic intervention after the surgery. It is estimated that 80% of skin cancers, detected early, are successfully treated with surgery. Depending on the extension of the tumor, your surgeon can perform an excisional surgery, laser therapy, Mohs surgery or curettage.

Chemotherapy is an important weapon in the treatment of advanced or metastatic skin cancer. It consists of using strong drugs to destroy cancer cells by preventing them from multiplying. The protocol varies depending on the stage of the cancer and your health. In early stage cancers, creams or lotions containing anti-cancer agents can be used to kill the cancer cells. These chemotherapeutic agents can be administered alone or in combination. Your doctor will use the option best suits your case.

Radiotherapy is a local treatment that affects the tumor and the area close to it. In general, it consists of using of ionizing radiation to destroy cancer cells. Radiation is often practiced in advanced or metastatic skin cancer to relieve symptoms. Radiotherapy can be used in association with surgical therapy or alone when surgery is not an option.

Also called biological therapy, immunotherapy is the use of drugs to strengthen your immune system to help your body fight the cancer cells. These drugs act by activating your immune cells so they attack cancer cells and destroy them. Interferon and interleukin-2 are the two most used drugs in the treatment of melanoma. Some of their adverse effects include:

This new form of therapy involves application of a photosensitizing substance (causing tissue susceptibility to certain lights) on the skin for several hours before exposing it to a particular light, which can be a blue or red. The substance is applied on the skin as a liquid or a cream containing aminolevulinic acid (5-ALA-HCl) or methyl aminolevulinate (MAL). Once on the skin, the drug is absorbed by the diseased tissue and sebaceous glands. Exposure to the light activates the substance in the tissue, and causes its destruction. You will need to avoid direct sunlight for at least six weeks after treatment.

After the treatment, the cancer can relapse. A second tumor may develop in other parts of your skin and even in distant tissues. Your chances of surviving depend largely on the stage and size of the tumor when it was diagnosed. However, the prognosis of skin cancer is not alarming, unlike many other forms of cancer. Basal cell or squamous cell carcinomas diagnosed and treated early are cured permanently in more than 90% of cases.