Home Entertainment Why Vatican Does Not Like Star Wars 7: The Force Awakens?
Entertainment

Why Vatican Does Not Like Star Wars 7: The Force Awakens?

Star Wars: The Force Awakens is about to become the biggest film of all time. It has been breaking all records, including an unfamiliar one, “most money made on a Monday”. The majority fans claim the film is “Formidable,” “perfect” from the moment it was released. Yet, Vatican does not like it.

Star Wars: The Force Awakens, produced by Lucasfilm and Abrams’ Bad Robot Productions and distributed worldwide by Walt Disney Studios Motion Pictures, was the most anticipated film of the year. But a few days after the media welcomed it with their criticism, the Vatican newspaper, Osservatore Romano (English: The Roman Observer), has decided to give its opinion.

The powerful religious organization slams ‘The Force Awakens’, calling it ‘Confused And Hazy.’ This late critic is unusual to the adventures of JJ Abrams. The newspaper continued to say, among others, “The only merit of J.J. Abrams film is to show, by contrast, how the direction of the previous films was elegant, balanced, and above all, appropriate.“ 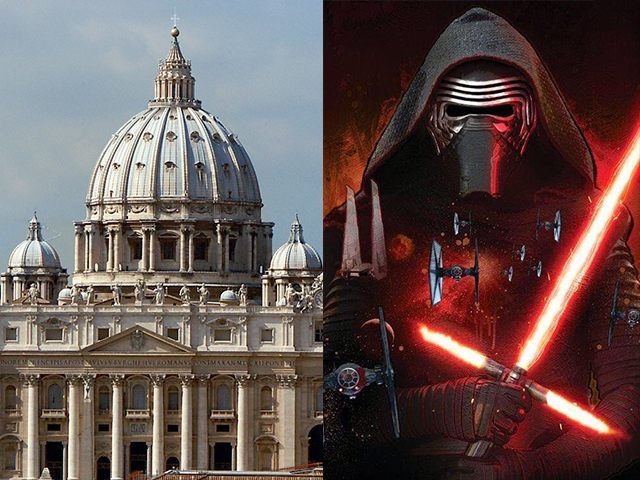 According to the author of these lines, the wicked and the notion of evil are part of the big flaws of the feature film. “The character who needs to substitute the emperor Palpatine as the incarnation of supreme evil represents the most serious defect of the film.” It results in the most awkward and rude use which may be done to a synthetic image, the paper expresses.

Thus the paper believes the new villains are not really up to the saga. A statement that another newspaper supports by using the comparison that Darth Vader and Palpatine were two of the most successful villains of American films capable to transmit a genuine sense of evil. A value that was missed in the previous trilogy. But this time, the film wants to go further and the result is bad. In short, Star Wars VII: The Force Awakens is for the Osservatore Romano a failure.

Meanwhile, the film continues to beat record. The Force Awakens has already made over one billion dollars. Locally, it has made over 600 million, making it the fifth biggest movie of all time in the US and Canada. According to the latest Forbes estimation, “Star Wars: The Force Awakens’ Box Office: $600 Million US In 12 Days, $1.228 Billion Worldwide.”