Home All Others Melanoma Statistics,Causes, Symptoms, Treatment & Prevention
All OthersDiseases and Conditions

Melanoma is a malignant tumor that affects a group of cells called melanocytes. Also called pigment cells, melanocytes are cells specialized in the production of pigment in the skin, hair and eye. In most cases, melanoma begins on the surface of the skin, but it is possible that the tumor develops in the eyes or in internal organs, such as intestine and meninges.

Unlike many other cancers, the prognosis of melanoma is not alarming; the majority of patients who are diagnosed with early stage melanoma are completely cured. Although survival chances are high, melanoma can be life threatening. The disease can metastasize into lymph and/or other body parts, and decreases considerably the probability of recovery. 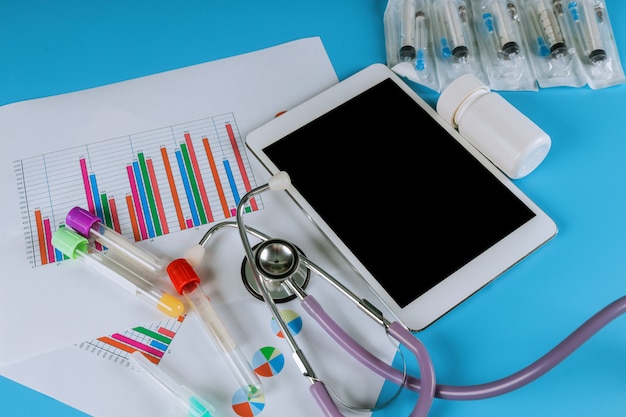 Melanoma is a very common cancer in Western countries; it represents about 10% of skin cancers and 1% of all cancers. Throughout the world, melanoma affects approximately 7 people per 100 000, killing about 48.000, according to the World Health Organization (WHO). It is estimated by the National Cancer Institute (NCI) that 39,080 men and 29,640 women (68,720 men and women) were diagnosed with melanoma of the skin in 2009; nearly 8,650 people died of the disease.

The incidence of melanoma varies with age. From 2002-2006, the median age at diagnosis for melanoma of the skin was 59 years of age. Ages and percentages of people diagnosed during that period (2002-2006) were approximately:

Melanoma is a very common skin cancer that concerns solely melanocytes, cells that lie in the skin’s epidermis, the middle layer of eye (iris, retina), in the inner ear (cochlea, stria), the digestive epithelium (tissue that lines the inside of the large and small intestine), and the meninges.  Melanocytes play many roles in your body, among them pigmentation of skin and hair. Melanoma occurs when, due to certain pathogenic factors (see risk factors), some of these cells multiply uncontrollably to form a malignancy.

Intense or excessive sun exposure, especially during childhood, is the main factor responsible for the development of melanoma. This risk is even higher if you have fair skin. Although people with white skin are more often victims of melanoma, the cancer can also affect individuals with dark or pigmented skin. In black people, the cancer develops particularly on the palms (of hands) and soles (of the feet).

Depending on the characteristic of the cancer, melanoma is divided into many stereotypes; the most common include:

The most common risk factors of melanoma include:

Melanoma is a cancer of the skin or mucous that can take different forms. The cancer can occur suddenly on a skin that was previously normal, or more rarely in a preexisting mole. Therefore, it is very important to consult a dermatologist as quickly as possible if you have a mole that undergoes a change in its:

In addition, tell your dermatologist about any abnormal change in your skin. Like any cancer, melanoma must be detected and treated early for a better prognosis. Earlier the tumor is diagnosed, more chance you have to survive.

In early melanoma, you can observe a change in an existing mole or colored skin growth of a few millimeters. Unlike a regular skin lesion, a spot of melanoma is often asymmetrical and has an irregular border. After months or years, depending on the type of melanoma you have, the spot/mole evolves and undergoes changes in its size, shape, contour and color.

In addition, melanoma is often accompanied by the following dermal signs:

The prognosis of melanoma is not bad when it is diagnosed and treated early. In other words, you have high chance to completely heal if the disease is detected at its early stage.

Nevertheless, an advanced melanoma can cause complications even after treatment. Thus, after treatment, a very prolonged monitoring is necessary to detect recurrence and ensure there are no other suspicious lesions. In the absence of an effective treatment and regular surveillance, the tumor can spread and give rise to metastases in the following sites:

With metastases, your chance of survival decreases dramatically. To prevent metastases or/and recurrence, it is important to follow your doctor’s appointments and take all precautionary measures indicated by your oncologist.

Melanoma diagnosis can be done by a physical examination. During the exam, your dermatologist will examine your skin looking for lesions that can indicate melanoma. Your dermatologist may suspect melanoma based on the appearance of the lesion. In some cases, he can complete the exam by a dermatoscopic analysis, analysis of the skin lesion with a specific microscope.

However, to confirm the diagnosis, a biopsy is necessary. Your physician will remove samples from the suspect lesion (biopsy) for laboratory analysis. This histological examination is essential to accurately confirm that you have melanoma. Besides the confirmation of the disease, biopsy can also you’re your doctor measure the exact deepness or thickness of the lesion in your skin.

Once the cancer is found in your skin, it is necessary to determine its stage. In general, the stage of melanoma is determined according to its size and its extension – the spread of cancerous cells into lymph nodes or other parts of the body: lungs, brain, liver, bone, and spinal cord.

Treatment of melanoma depends on many factors. Your doctor will base on the sage of the tumor, your age and health in general. Your recovery chances are higher when melanoma is diagnosed early. In general, melanoma treatment includes surgery, radiotherapy, chemotherapy and immunotherapy.

Surgical treatment is the essential treatment for an early stage melanoma. In fact, if the tumor is detected and removed early enough, no further treatment is necessary after the surgery. It is estimated that 80% of melanomas detected early are completely cured by surgery.

If the melanoma has spread into surrounding lymph nodes, your surgeon will perform a lymph node dissection to remove not only the tumor but also all the lymph nodes in the region near the tumor. In cases of metastatic melanoma, especially in the brain, your surgeon will perform surgery to relieve symptoms and improve the quality of your life. In this case, the surgery is considered as palliative treatment.

Chemotherapy is an important tool in the treatment of advanced or metastatic melanoma. It consists of using strong chemical agents to destroy the cancer cells by preventing them reproducing. Your doctor will consider the stage of the melanoma and your health to recommend you a protocol capable of eradicating the tumor. In general, elderly receive lower doses of chemotherapy. In addition, these chemotherapeutic agents can be administered alone or in combination. When many drugs are used, the treatment becomes more aggressive and can cause many side effects.

To increase your survival chance, chemotherapy can be used in combination with radiation therapy.

Radiotherapy is a loco-regional cancer treatment, consisting of exposing the tumor to ionizing radiation to shrink or eliminate it. Unlike chemotherapy, radiation therapy attacks cancer cells in a specific area. Radiation is often performed to treat advanced or metastatic melanoma to relieve symptoms or to shrink the tumor to make operable. As for the chemotherapy, radiation therapy can cause short or long term effects. Effects vary depending on the part of your body that has been irradiated.

Also called biological therapy, immunotherapy is the use of substances (drugs) capable to strengthen the immune system to help your body fight the cancer. These drugs work by activating immune cells so they attack cancer cells and destroy them. Interferon and interleukin-2 are the two most used drugs in the treatment of melanoma; some of their adverse effects include:

After the treatment, there are chances of relapse. A second tumor may develop in other parts of your skin or even in distant tissues. Your survival rate depends largely on the stage of the tumor at diagnosis. However, the prognosis of melanoma is often excellent, unlike many other cancers.

It is not always possible to prevent the occurrence of melanoma; you can however take steps to decrease your risk: