Griffonia simplicifolia is for you if you suffer from depression, stress, insomnia, fibromyalgia, nervousness, anxiety, or any emotional instability. 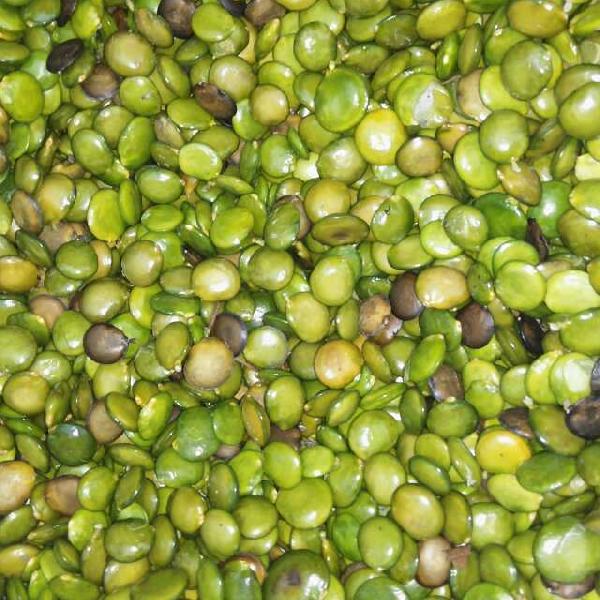 Except the main ingredient found in the seed, 5-HTP (5-Hydroxytryptophan), the plant itself is not popular in the west. But it is an excellent natural medicine. In addition, it is safe. According to the University of Maryland Medical Center, the only mild side effects reported when taken more than 70 mg are gas, nausea, heartburn and a feeling of fullness.

Griffonia is a relaxation and wellbeing plant by excellence. Its extract is an invaluable dietary supplement for physical and mental fatigue. Studies have found it to be a highly effective natural response to help depressed or anxious people find serenity, calm and restful sleep. In addition, it is an ideal ally of a slimming diet.

Griffonia is a climbing plant, related to a vine that wraps around trees. It could reach 3m in height, and vaguely resembles coffee due to its oblong leaves. Although there are currently four varieties, griffonia simplicifolia is the most exploited.

In herbal medicine, seeds, bark, stem, roots and leaves are used, but it is mainly the seeds that have the highest concentration of the active ingredients. Thus, its seeds are used for its aphrodisiac and antibiotic properties in the treatment of impotence, diarrhea, bladder and kidney infections, stomach pain and vomiting caused by intestinal infection. The leaves, however, are used to facilitate wound healing as well as to treat bladder and kidney problems.

Plant native to West and Central Africa, specifically Ghana, Togo and Cote d’Ivoire, Griffonia has been used for centuries in traditional African medicine for its numerous health benefits, particularly to help the healing of wounds and other skin lesions, stimulate libido and get rid of certain renal disorders. It is also used as a natural antibiotic in many African countries.

Currently, the use of this plant is widespread in the four corners of the planet. And since 80s, many studies have been conducted to determine its main compound and its mode of action on human organism. The main active component of griffonia simplicifolia is L-5-Hydroxytryptophan, commonly known as L-5-HTP. It also contains powerful antioxidants, vitamins and many minerals.

L-5HTP is a rare amino acid found in plants and animals. However, when it comes to vegetables, besides rhodiola rosea which contains a relatively small amount, Griffonia is one of the few plants to contain it, with an average proportion of 3% to 7%. Now it is also synthesized in laboratory.

Our body produces 5-hydroxytryptophan from tryptophan, another amino acid found in protein foods: meat, poultry, fish, dairy products, legumes and nuts. Once absorbed, 5-HTP crosses the blood-brain barrier and is converted in the brain into serotonin, a neurotransmitter that plays an essential role in the regulation of mood, anxiety, appetite and sleep. No wonder why it’s called hormone of happiness.

The fact 5-HTP increases the production of serotonin in the brain, many researchers and therapists believe it can replace antidepressants family of selective serotonin reuptake inhibitors (SSRIs) such as Prozac and Paxil. This is why it is given the same therapeutic value in the treatment of depression, migraine and headaches, insomnia, fibromyalgia, anxiety, lack of motivation, obesity and various neurological problems.

It is important to know that serotonin production decreases with age. And stress that assaults us daily can also reduce its levels in the blood, causing thereby fatigue, anxiety, insomnia, and depressed mood. What makes Griffonia particularly interesting for our well-being is the fact that L-5-HTP it naturally provides is the same amino acid that our body produces. To the extent that this molecule is essential in the process of regular reproduction of serotonin, Griffonia plays a major role in reducing anxiety and depressive states. And unlike antidepressant drugs, which block the uptake of serotonin by cerebral synapses, this plant has no negative and harmful impact to the natural functioning of the brain.

Griffonia 5 HTP thus offers the advantage of being as good as a neuroleptic drug while not causing the serious side effects: palpitations, increased blood pressure, nausea, constipation, headache, and especially addictive effects. Thus, not only griffonia seed extract can be taken to treat or prevent insomnia it can also be used to improve health in general.

Some research suggests the use of Griffonia 5 HTP as a natural remedy to fight insomnia, erectile dysfunction, premature aging, cardiovascular disease, headache, depression, psychiatric disorders, fibromyalgia, overweight, cerebellar ataxia (uncoordinated muscle movement due to disease or injury to the cerebellum in the brain). 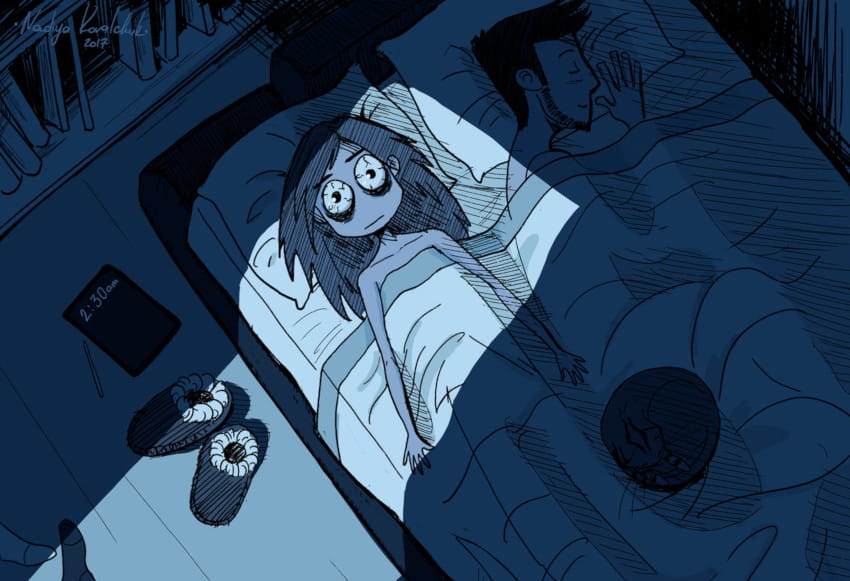 Insomnia and other Sleep Disorders – Griffonia also reduces sleep disorders, including insomnia and restless sleep. Thanks to its concentration of 5-HTP, it is able to reduce sleep disturbances caused by stress, anxiety, and some other factors. Recent research has highlighted the role lack of serotonin plays in sleep disorders, especially insomnia. If you are having trouble falling asleep, or you constantly wake up in the middle of night due to anxious or overactive mind, you may need to increase your serotonin levels by taking 5-HTP through natural griffonia seed extract.

Erectile Dysfunction – the seeds of this plant have been used as an aphrodisiac by Africans for centuries. Indeed, recent western studies confirm Griffonia can be effectively boost libido and remedy some sexual dysfunctions. Serotonin plays an important role in certain functions of the body including the sexual regulation.

Indeed, by causing depression, decreased serotonin levels in the brain may have a significant impact on sexual performance as well. In addition, as a chemical messenger in the brain, serotonin increases the feeling of pleasure and satisfaction. As such, using Griffonia simplicifolia safely can thus help fight against sexual dysfunctions, specifically premature ejaculation and erectile dysfunction.

Aging – the powerful antioxidant it contains allows Griffonia delaying the aging of cells and tissues. As such, moreover, it is a component of many cosmetics. Also it can serve as an inhibition to many age-related diseases such as Parkinson’s disease. In fact, it makes sense, if you feel good and happy, enjoy your sex life, have good quality sleep every night, that’s enough to rejuvenate your body. Sleeplessness itself is one of the top causes of premature aging.

Stress and Depression
In conclusion of numerous studies in humans, Griffonia and specifically its amino acid 5-Hydroxytryptophan found to be helpful in the treatment of depression and stress. To some extent, it can be used as replacement treatment of commonly prescribed antidepressant drugs.

About 30 studies have been conducted, on 990 subjects in total, to examine the effectiveness of 5-Hydroxytryptophan in the treatment of depression. Most are small scale and 11 of them did not include a placebo group. Among the ten double-blind studies with placebo, seven have concluded that 5-HTP was superior to placebo. But western scientists conclude that the overall evidence is difficult to interpret, especially since the vast majority of studies were conducted between 1960 and early 1980.

Bad Mood – After many studies, scientists now admit that Griffonia Simplicifolia is a mood regulator and effectively fights against stress and depression. Indeed, preliminary investigations have revealed that Griffonia 5 HTP has a beneficial effect on mood in healthy subjects. During one of the trials, the researchers discover an unexpected effect which requires further additional study, extract or supplementation of the seeds of the plant can affect decision making.

Anxiety and Panic Attacks – the results of a double blind placebo trial on 45 subjects indicate that 5-HTP may moderately reduce anxiety disorders. Moreover, recent studies indicate that it can alleviate panic attacks and night terrors in children aged 3 to 10 years. It is true that more medical studies are needed, the results are promising and in fact, everything suggests that 5-HTP contained in Griffonia could well serve as a treatment in cases of anxiety disorders, a safe alternative to anxiolytics.

Migraine and Chronic Headaches – in the 1980s, ten trials of low methodological quality have focused on the efficacy of 5-Hydroxytryptophan in relieving migraine and headaches in 599 subjects. The results indicate that 400 mg to 600 mg of 5-HTP per day can reduce the frequency and intensity of migraines and headaches. During one study, 5-HTP, 600 mg per day for 6 months, was as effective as methysergide, a drug used to relieve migraine, while causing fewer side effects.

Appetite and Overweight – 4 preliminary clinical trials conducted by a team of Italian researchers suggest that 5-HTP, 750 mg to 900 mg daily, acts as an appetite suppressant and can help obese and overweight people to lose weight. Griffonia Simplicifolia supplement is invaluable for individuals who suffer from obesity or bulimia; it reduces appetite and hunger pangs (hunger pains), painful or uncomfortable gastric contractions which occur when our stomach is empty for hours. Indeed, providing a feeling of satiety, it restraint cravings for snacking or eating too often. In addition, studies have shown that 5-Hydroxytryptophan can regulate eating behavior, including overeating sugar, reduce caloric intake, and promote weight loss in obese people.

Fibromyalgia – Fibromyalgia, which is simply a chronic fatigue condition characterized by muscle pain, tendon and ligament stiffness, and a great difficulty getting to sleep, can also be treated with Griffonia seed extract when there is not severity or complications. According to some research, the supplement can reduce the intensity of the pain of the disease and may improve sleep, considerably reduces fatigue and morning stiffness.

The results of a double-blind trial in 50 subjects with fibromyalgia suggests that treatment with 5-HTP, 100 mg three times daily for a month, can alleviate fibromyalgia symptoms superiorly over placebo. The findings of a study without placebo proved the same thing. Finally, during a trial conducted on 200 patients to compare the effects of a combination of monoamine oxidase inhibitors (MAOIs) and 5-HTP (300 mg per day) with either treatment alone: MAOI / 5-HTP combination has been most effective in relieving symptoms of fibromyalgia and migraines often experienced by people with this disease. The scientists believe that a serotonin deficiency is common to both diseases and other researchers also highlighted the link between low levels of serotonin and fibromyalgia. 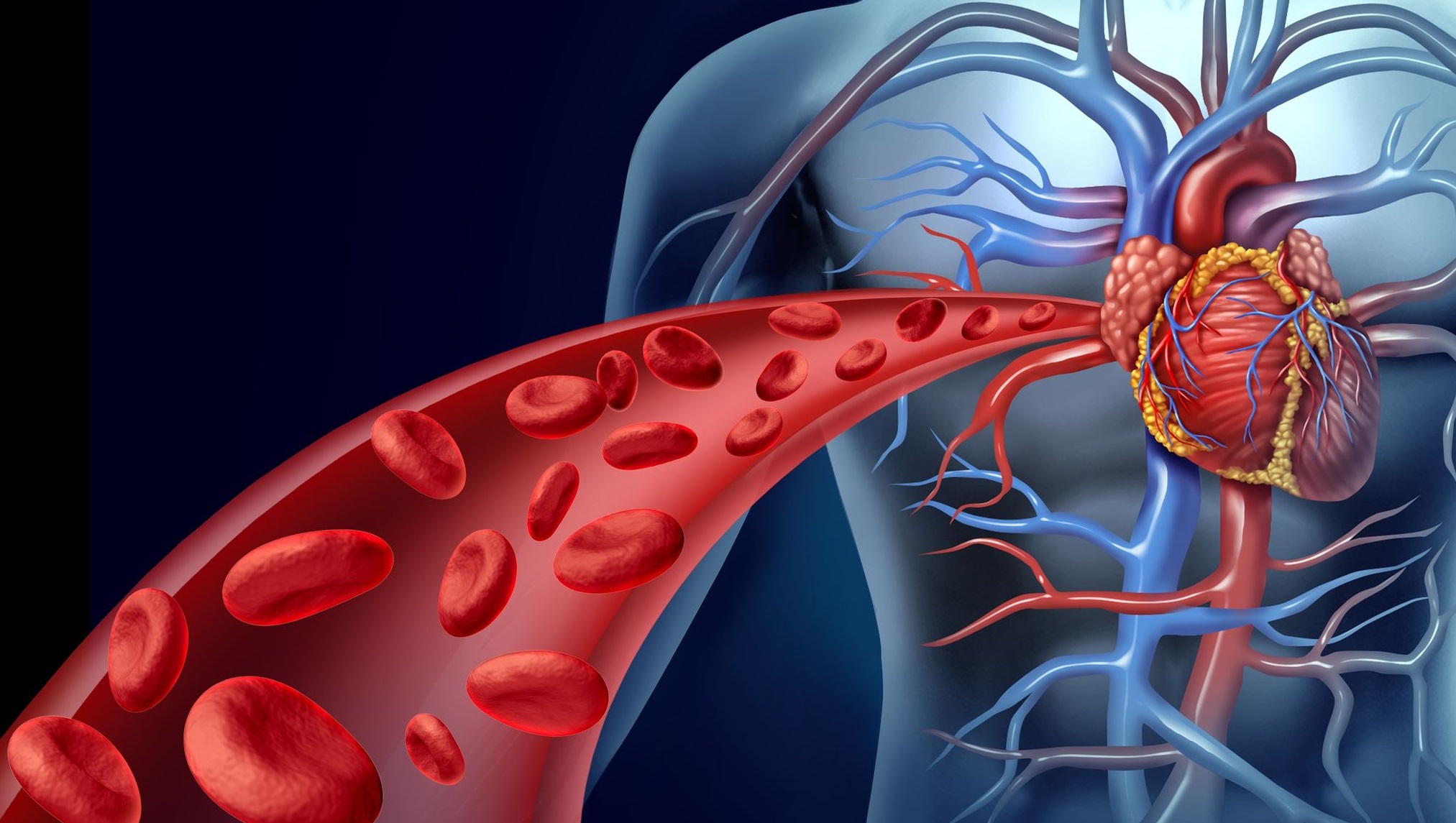 Cardiovascular Disease – it also believed the plant can protect the cardiovascular system. Being an effective antioxidant, Griffonia has a protective effect on the cardiovascular system. It limits the action of free radicals and slows down the oxidation of cardiac cells. In addition, its beneficial effect on mood, sleep, stress and depression helps regulate blood pressure, reduces the risk of hypertension, promotes better blood circulation, and balance cardiac functions.

Cerebellar Ataxia – although current data are mixed regarding the action of Griffonia on cerebellar ataxia symptoms (sudden, uncoordinated muscle movement due to disease or injury to the cerebellum in the brain), scientists remain optimistic. Indeed, some studies suggest that 5-HTP can be used as treatment for people who have difficulty to stand or walk properly by safely integrate the supplement in their diet. It would reduce tremors and difficulties of movement and coordination. But some medical scientists believe more medical research is needed to confirm this claim.

Withdrawal from Alcohol, Tobacco or Drugs – Griffonia is useful and effective in weaning toxicological addiction, whether alcohol, tobacco or drugs. Preliminary research suggests indeed that 5-HTP can reduce withdrawal symptoms of narcotics.

16 Chaga Mushroom Benefits for Your Health and Beauty