Learn How Rhodiola Rosea Can Change Your Life Today

Rhodiola Rosea, known as golden root or just Rhodiola, is an adaptogenic herb traditionally used to have strength and courage physically and mentally. This adaptogen can be ideal for you if you want to improve the functioning of your body, mental state, and sexual performance without using dangerous drugs. Facilitating relaxation and relaxation, Rhodiola is also ideal for people prone to anxiety and stress, and have difficulty to sleep at night. By boosting endurance and physical performance, Rhodiola is highly recommended for sportsmen and athletes, as well as people who are experiencing tiredness or fatigue due to lack of sleep. Although far from being heroin (just an herb), the plant provides almost similar benefits: increasing exercise capacity and reduces the period required for recovery after intense and prolonged physical activities. This herb is also recommended for people who are facing difficult and tragic situations, both personally and professionally, which result in insomnia.

Rhodiola rosea has been used as a medicinal plant for 1000s of years. But it took until the early 1960s for modern medicine to become interested in it. In 1965 the first scientific studies were conducted on it by Russian and Scandinavian researchers. Even after the researches it was difficult for people to get the information given the studies were written and published in Slavic or Scandinavian languages.  Rhodiola Rosea was therefore still relatively unknown in the West even in the late 1900s.

From the beginning of 2000 Western and European scientists started conducting serious research on the herb. They were amazed to discover that golden root may help prevent and treat infections, amenorrhea, infertility, sexual dysfunction, colds, flu, depression, insomnia, asthenia and neurasthenia: psychological disorder characterized by chronic weakness and fatigue, as well as memory loss, and generalized aches and pains. Indeed, further investigations have revealed that rosea may also help combat tiredness, especially during convalescence; increase resistance to stress, and improve physical, intellectual and sexual performance.

A clinical trial was performed between 2000 and 2003 to assess the efficacy and safety of standardized extract of Rhodiola (SHR-5®) on overworked doctors, students during exam and young male volunteers, placed under stress and fatigue. Compared with control groups, participants experienced considerable reduced fatigue, and a significant improved condition in their concentration, wellness, fitness, motor coordination, academic performance, and intellectual work capacity. The results were considered interesting enough to lead to further study.

Thus in 2009, a double-blind, placebo-controlled clinical trial (neither the patients nor the researchers know who were getting a placebo and who were getting herbal supplement) was performed to bring further evidence of the health benefits of rhodiola. The SHR-5® extract, taken at a rate of 288 mg, 2 times daily for 4 weeks, indeed significantly improved the state of the participants complaining of fatigue caused by stress. In addition, their attention levels increased and the amount of cortisol in their saliva, which is a stress indicator, decreased.

In a study without placebo, a group of Russian researchers reported that rhodiola had the potential to help the reappearance of normal menstruation in 25 of 40 women with abnormal absence of menstruation (amenorrhea). Menstrual cycles have returned after 2 to 8 weeks of treatment and, thereafter, pregnancy occurred in 11 women. But as of today, there are not many other scientific studies to confirm their finding.

During a trial without placebo conducted by a group of scientists in Russia on 35 men suffering from erectile dysfunction and premature ejaculation, 26 subjects experienced a significant improvement in their sexual function by taking rosea extract.

However, some critics believe the herb does not have the potential to attack fertility and impotence directly; its purifying activity has a positive effect on sexual organs and libido in men and especially women. Acting indirectly on the reproductive system, it would tend to improve fertility and erection, and reduce premature ejaculation.

During another study conducted in Russia, the researchers found that patients treated with tricyclic antidepressants experienced an improvement in their condition and had fewer side effects of their depression medications when they took drugs along with rhodiola. Doses of 170 mg or 340 mg of rhodiola extract (SHR-5®) were given to them, twice daily for 6 weeks, reduced the symptoms in patients suffering from mild to moderate depression. Therefore, the clinical trial indeed confirmed the antidepressant effects of the golden root.

Furthermore, during a preliminary American study, the participants were given 340 mg per day of rhodiola rosea extract, for 10 weeks, the results confirmed what the Russian researchers had previously found.  Rhodiola would reduce the symptoms of generalized anxiety disorder, and improved sleep quality of the participants.

Effects of rhodiola on physical performance are controversial in the scientific community. In the first half of 2000, Russian and Belgian scientists have demonstrated that the herb has the properties to improve the adaptation of the body to stress, motor coordination and endurance. They also indicated it would accelerate muscle recovery after exercise. The scientists even went further to confirm anti-inflammatory properties of rhodiola to protect athletes against the effects of intense or prolonged exercise.

Nevertheless, during the same period, in 2007, American researchers have confirmed the ineffectiveness of rhodiola, even at high doses of 1500 mg per day. After the scientific American publication, however, some Italian researchers conducted another study. After testing a supplement of Rhodiola on athletes, they have concluded that the plant could indeed increase the ability of the body to adapt to stress.

Being rich in antioxidants and immune booster components, Rhodiola participates in the prevention of certain cancers, including prostate cancer and bladder cancer. Experiments carried out on inbred mice and rats with a transplantable tumor, revealed that the Rhodiola Rosea extract had antitumor and antimetastatic action.

In a preliminary trial involving people with superficial bladder cancer, rhodiola has stimulated the immune response and decrease the risk of recurrence of the tumor in the patients. Furthermore, a preparation of rhodiola combined with other adaptogens (maral root, Siberian ginseng and Schisandra berry) helped improve the immune response of patients undergoing chemotherapy to treat ovarian cancer. the results make scientists believe the adaptogenic herb can be beneficial during cancer treatment.

Rhodiola has a regulating effect on the heart rate. Promoting oxygenation of the heart, it provides a better blood flow; this, in return, prevents cardiovascular disease. In addition, contributing to the absorption of calcium in the cardiac cells, it greatly increases the contractility force and stabilizes the blood flow. 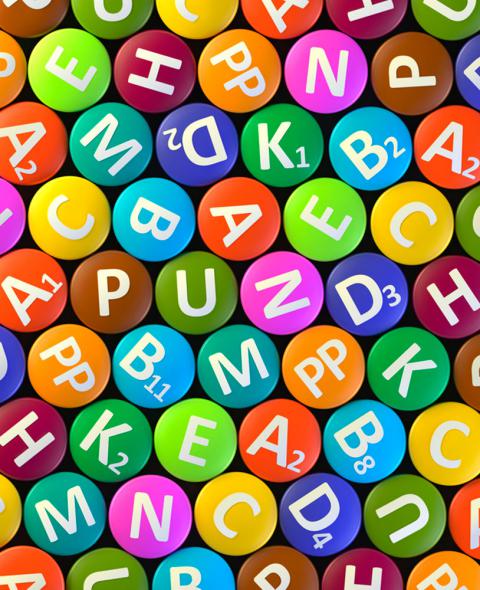 Rhodiola rosea, more particularly its roots, consists essentially of salidroside (rhodioloside) derivatives, such as phenylethanol and tyrosol, and phenylpropanoid compounds, mainly rosavin and rosin. Golden root also contains flavonoids, monoterpenes, and triterpenes which are precursors to steroids in both plants and animals.

The plant is also an important source of phenolic antioxidants (protective chemical compounds found in certain plants which help boosting the immune system), gallic acid (a powerful antioxidant and antiaging), and tannic acid (tannins) which has anti-bacterial, anti-enzymatic and astringent properties. In addition, it contains amino acids, vitamins, and minerals.

Griffonia simplicifolia Extract Can Restore Your Health Quickly Next post