Home All Others New Tuberculosis Treatment and Prevention
All Others 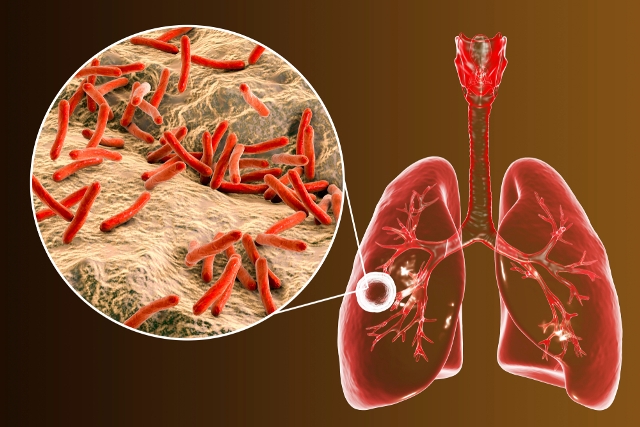 Tuberculosis (TB) is a serious disease caused by the bacterium Mycobacterium tuberculosis, commonly called Koch’s bacillus. Tuberculosis is highly contagious – it spreads from one person to another through microscopic droplets released into the air.  Despite advances in medical science, TB remains a life threatening disease killing thousands people every year.

Although there are effective treatments against TB, some people develop a form of TB called multi-drug resistant tuberculosis.

Multi-drug resistant tuberculosis (MDR-TB) – MDR-TB is a form of tuberculosis that occurs when the treatment is noit followed properly; this may be due to negligence or lack of information. Most of the times, multi-drug resistant tuberculosis occurs when patients fail to take all the medications regularly and finish the treatment as prescribed by the health care provider. It may also be due to the fact that the doctor does not prescribe the appropriate medications. In poor countries, MDR-TB can occur because patients are prescribed ineffective drugs.

Incidence of tuberculosis is increasing over the past fifteen years. According to the World Health Organization (WHO), every second a new person is infected with TB. 5 to 10% of people infected become tuberculous and are capable of transmitting the disease to another person. There are about 10 million new cases of TB each year worldwide; at least 3.9 million of them transmit the germs to other individuals; however, not all of them will develop the disease. According to WHO, the number of deaths due to TB each year is estimated at 2 million, about 80% of all these victims live in sub-Saharan Africa and Asia.

Tuberculous meningitis is a rare form of tuberculosis in which the Mycobacterium tuberculosis affects the meninges; it is characterized by:

Cutaneous tuberculosis – This is a very rare form of tuberculosis found especially among poor children, immuno-suppressed individuals (AIDS patients for instance) and very elderly. It is characterized by purplish or brownish-red warty growth which, most often, develops on the knees, elbows, hands, feet and buttocks. Cutaneous tuberculosis is often fatal despite advanced treatments. The Lesions can persist for years, leading to disfigurement and sometimes skin cancer.

Tuberculosis is highly contagious. When an infected person coughs, sneezes, talks or spits, she/he releases in the air tiny droplets contaminated with the Koch’s bacillus. The TB bacteria remain suspended in air; you just need to inhale some to be infected. It is estimated that a person with active TB can affect on average 10 to 15 other people per year.

Only those who have active TB are contagious. That is, if you have a latent or inactive form of TB, you do not represent any risk of contamination to others. Similarly, if you have active tuberculosis, and you follow your medication as you should, nobody can be contaminated by you. In other words, following your treatemt proplerly not only can save your life but also the life of every one who comes in contact with you.

Several factors can increase your risk of having tuberculosis:

In addition, environment and certain diseases can increase your risk of contracting tuberculosis:

Environment – tuberculosis is more common in the region of Africa and Southeast Asia. In 2004, tuberculosis cases in these regions represent 33% of the global incidence, according to World Health Organization (WHO). The estimated incidence in sub-Saharan Africa is almost twice of that of Southeast Asia, with nearly 400 cases per 100 000 inhabitants.

Diseases – immunosuppressive diseases such as HIV/AIDS seems walk in pairs with tuberculosis. In addition, HIV/AIDS increases your chance of dying from the disease. For example, if you are infected with the TB germ, while positive for HIV, you have more risk of contracting TB than someone infected with TB but who is not a HIV positive.

To determine if you have latent TB or active tuberculosis, your doctor may recommend some medical tests such as intradermal test (skin test), chest X-ray and sputum examination

Intradermal test (skin test) – The skin test is done to detect in your body the presence of bacteria specific to tuberculosis. The most common method is the Mantoux test, also known as the Mantoux screening test or Tuberculin Sensitivity Test.

During the test, a small amount of Tuberculin, Purified Protein Derivative (PPD) is injected under your skin, mostly below the skin of your inside forearm. If you have tuberculosis, the injection will cause a skin reaction within 2 days; you will develop a red bump where the needle entered the skin. However, the Koch’s bacillus should be in your body for several weeks for the skin test to be positive.

In addition, the Mantoux test is not always accurate; it may indicate a positive result even if you do not have TB. This can happen if

In addition, the skin test can not reveal if the TB is inactive or active. Therefore, the Mantoux test must be accompanied by other medical examinations such as polymerase chain reaction, chest x-ray and sputum analysis.

Polymerase Chain Reaction (PCR) – PCR is a rapid and sensitive method of molecular biology in vitro DNA amplification to detect the presence of the tuberculosis causative bacteria in your system. With this technique, the specialist can amplify a desired DNA sequence of any origin (virus, bacteria, etc.) hundreds of millions of times within hours. Besides TB, this technique can help your physician to detect HIV virus and hepatitis viruses B, C and D.

Chest x-ray – After a positive skin test, your doctor may recommend a chest x-ray to detect presence of:

If the X-ray shows any of the above signs, your doctor may take a tissue sample to examine under a microscope (biopsy). In some cases, a CT scan or an MRI can be done to allow your doctor to examine your lungs with more accuracy.

Sputum analysis – a sputum analysis is another exam that your doctor may recommend if the x-ray reveals clinical signs of tuberculosis. A lab specialist will test a sample of the mucus from your lungs to look for TB bacteria. Sputum analysis is always accompanied by a chest X-ray to help your physician detect pulmonary TB.

Depending on the damage of the disease in your lungs and how your body reacts to the medications, TB treatment can include many phases: 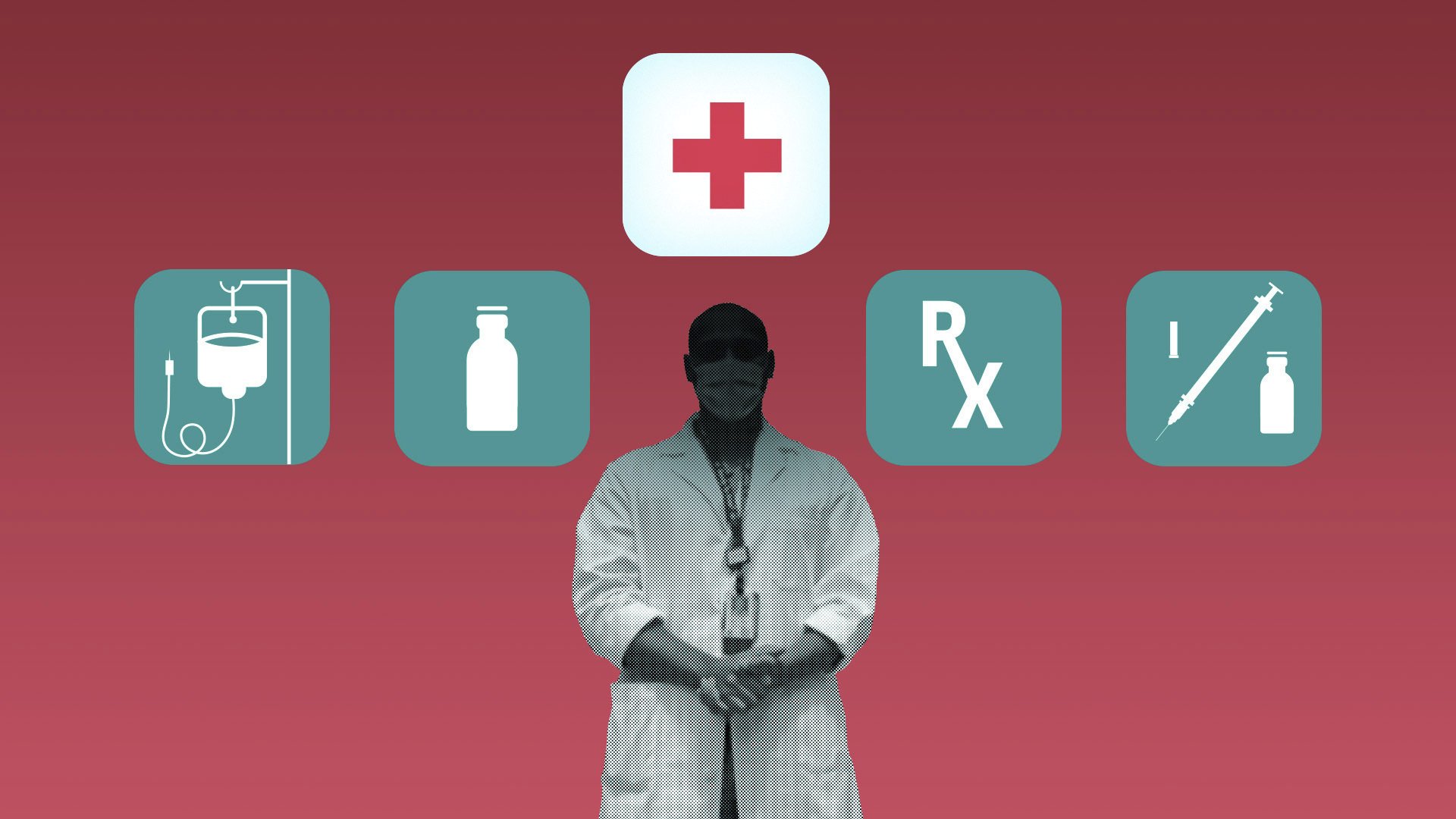 Phase 1 – In general, your doctor will use the following four antibiotics to treat your TB: Rifampin, Isoniazid, Pyrazinamide, And Ethambutol. Throughout the treatment, your doctor will do a series of tests to monitor youe body and identify the bacteria resistance to the drugs. According to the results of these tests, ineffective drugs will be replaced by others. To be effective, drugs must be taken daily for a minimum period of six months. In addition, during the treatment, it is important to avoid alcohol and excessive sexual intercourse. It is also necessary to sleep at least 8 hours every night.

Phase 2 or multidrug-resistant TB (MDR TB) treatment – unfortunately, sometimes the bacteria are resistant to Isoniazid and Rifampin, and lead to a form of tuberculosis called multidrug-resistant TB (MDR TB). In this case, your doctor will use other drugs such as Ethionamide, Cycloserine and Kanamycin to fight the disease. However, these medications are less effectiveness; they must be taken over a longer period of time, sometimes up to two years. They are also more likely to cause side effects:

If you are infected by a strain resistant to all usual drugs, you’ll be recommended to take stronger antibiotics. The duration of treatment can last up to 2 years. In addition, these drugs are often taken intravenously, and they cause more severe side effects than the usual medications.

Whether you feel good or have side effects, you must continue the treatment until the end to destroy all the bacteria. Interrupting the treatment before term can make the bacteria become resistant to the drugs you are taking.

Vaccination – The Bacillus Calmette–Guérin (or Bacille Calmette–Guérin, BCG) vaccine does not protect you against tuberculosis at one hundred percent; its effectiveness varies from 0% to 80%. In fact, it is no longer used in developed countries.

Early detection – If you are at risk of tuberculosis, it is important to undergo a skin test. Earlier the disease is detected, the more chance you have to be healed. If latent tuberculosis is diagnosed, your doctor will recommend a preventive treatment, which often includes only one drug. Rarely, two medications can be prescribed to be taken daily for six to nine months.

You are at risk if you have been in contact with a patient in active phase, or your family has a history of tuberculosis. Other preventive measures against tuberculosis and other contagious diseases include:

If you are already tuberculous (active tuberculosis), finish your entire course of medication. In addition, it is important during the first few weeks of treatment to: