7 Deadliest Couples Who Ever Lived

A couple refers to two individuals that have a very close connection with each other, as a result of love, common experiences, or else. In term of relationship, these two people have genuine Intimacy as well as transparency and honesty. But some couples take this intimate relationship to shed blood instead of sharing love. Discover 7 deadliest couples who ever lived.

#7) Ian Brady (2 January 1938) and Myra Hindley (23 July 1942)
Ian Brady and Myra Hindley are the two monsters behind the “Moors Murders” which occurred between July 1963 and October 1965, in and around Greater Manchester, England. The murders are so named because two of the victims were discovered in graves dug on Saddleworth Moor. 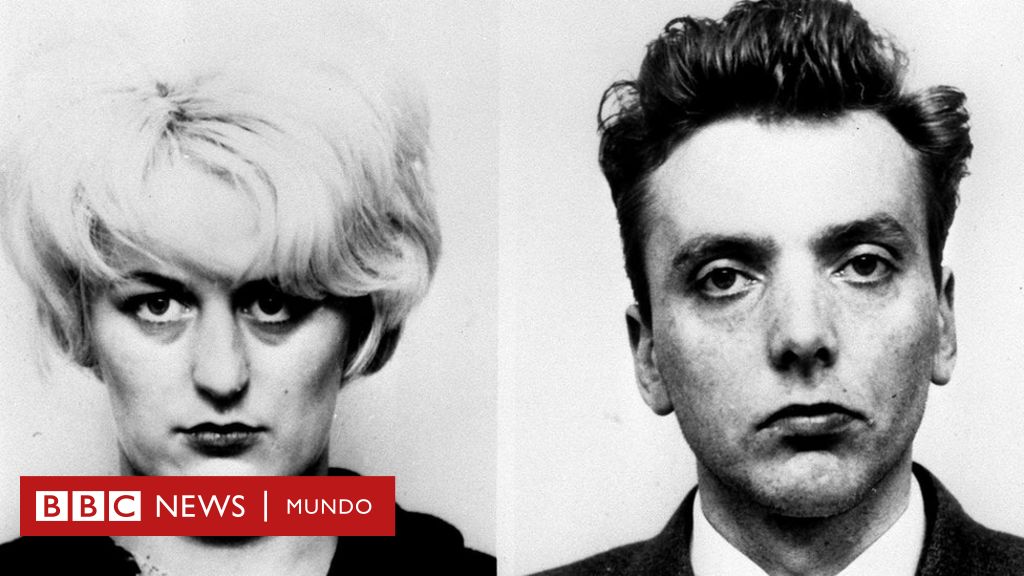 All five victims were not adults but children aged between 10 and 17: Pauline Reade, John Kilbride, Keith Bennett, Lesley Ann Downey and Edward Evans. Before killing the innocents, Ian Brady and Myra Hindley sexually assaulted them.

Initially, the police were aware of only three killings, those of Edward Evans, Lesley Ann Downey and John Kilbride. But as the investigation was reopened in 1985, Brady confessed to the murders of Pauline Reade and Keith Bennett.

Both were sentence to life in prison. Hindley died in 2002, aged 60. Brady was declared criminally insane in 1985, and has been confined in the high-security Ashworth Hospital. He has made it clear that he does not want to be released, and has repeatedly asked that he be allowed to die.

In August 1989, a previous employee, Jack McCormick, called the Crime Stoppers hotline to report some human bones on the farm while he was working there, and also stated that Ray had tried to murder him. 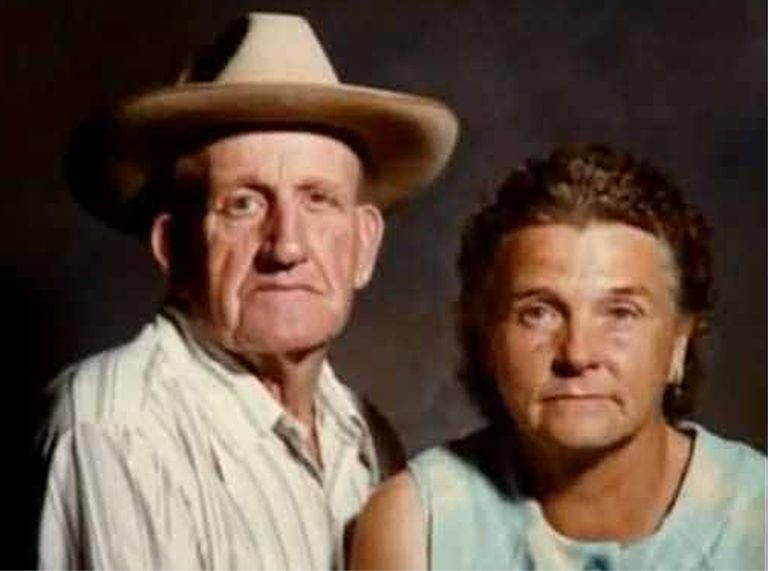 At first, Police were skeptical, but after checking Copeland’s criminal record, they decided to investigate further. In October 1989, they visited and searched the Copeland farm. 3 bodies of young men were discovered in a nearby barn. And then, more bodies were found, all killed with a .22 Marlin rifle that was later found in the Copeland home.

#5) Gwendolyn Graham (August 6, 1963) and Cathy Wood (March 7, 1962)
Gwendolyn Graham and Cathy Wood are two female serial killers convicted of killing five elderly women in a suburb of Grand Rapids, Michigan in the 1980s. They killed their helpless victims in the Alpine Manor nursing home, where they were working as nurse’s aides. 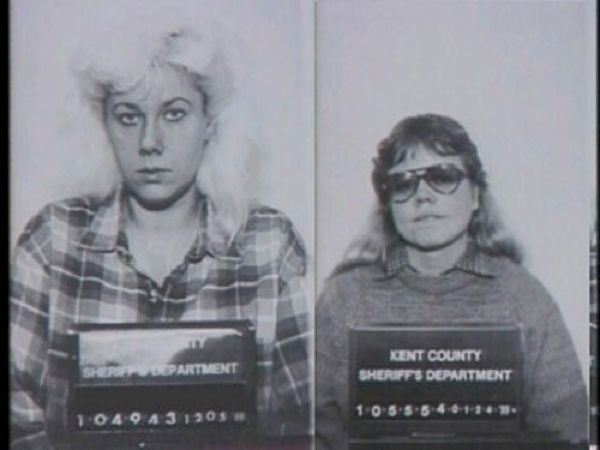 In 1986, the two women met at the nursing home. They quickly became friends, and then lovers. Their sexual perversity causes the pair to kill as part of a “love bond” to assure they would never leave each other. The reason behind their dark actions makes the killings the most sensational murder cases in Michigan’s history

In 1988, in Grand Rapids (Michigan), the five elderly were found strangled in their beds. Both Gwendolyn Graham, 26, and Cathy Wood, 28, were boasting about the murders, which led people to alert the police. After weeks of investigation, police arrested them. 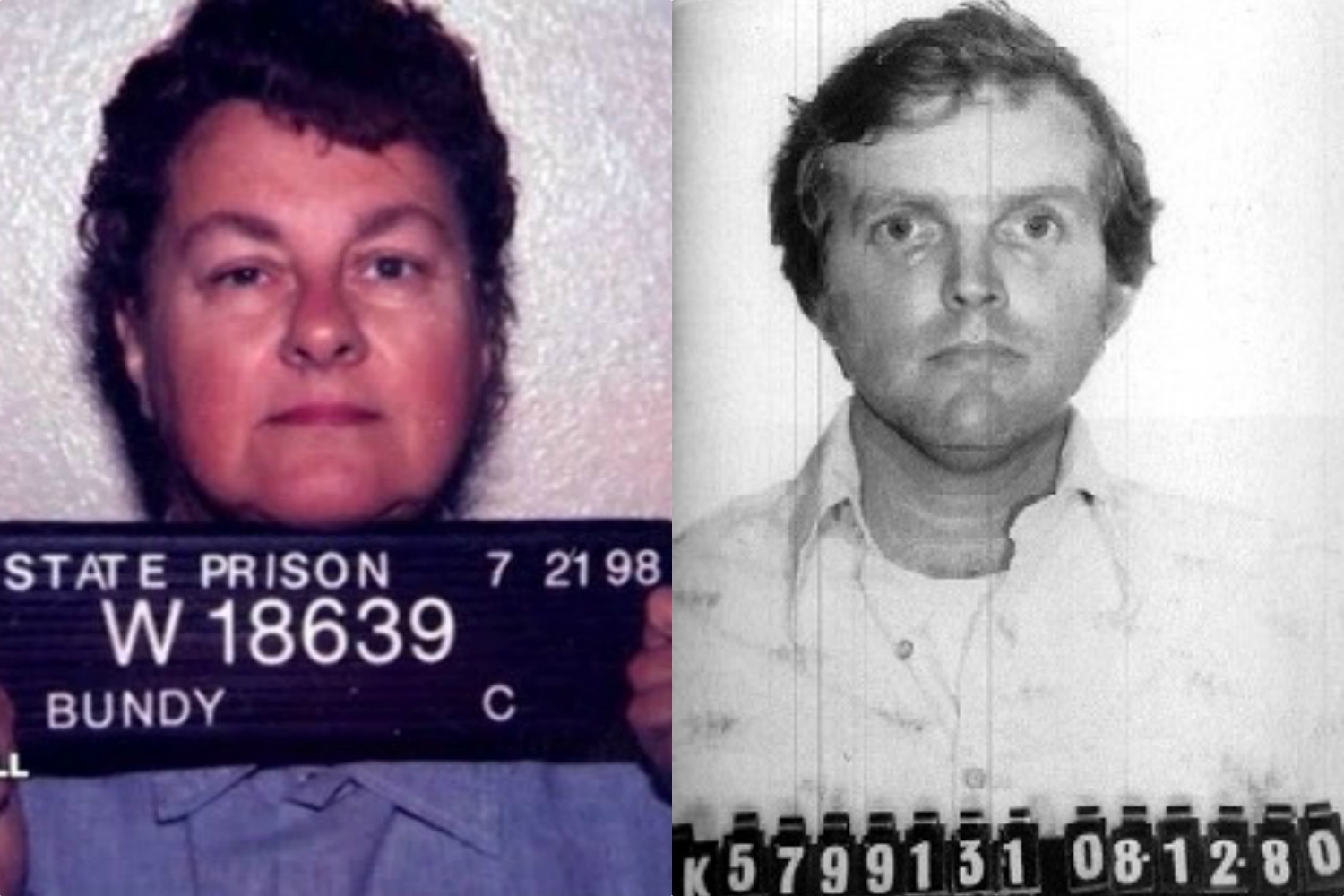 Bundy and Clark were a couple serial killers became known as “The Sunset Strip Killers” after being convicted of a series of murders in Los Angeles during the late spring and early summer of 1980. The victims were young prostitutes or runaways.

12 days after the initial murders, Clark killed again. The victims were two prostitutes, Karen Jones and Exxie Wilson. But this time he took a trophy: Exxie Wilson’s head to perform necrophilia. He managed to kill 6 people in total. Meanwhile, Bundy killed two people.

They were both arrested. Bundy was charged with two murders, and received a life sentence. But she died on December 9, 2003 in prison at the age of 61 from heart failure. Clark was charged with six murders and sentence to death. He is currently on California’s death row waiting for his fate. 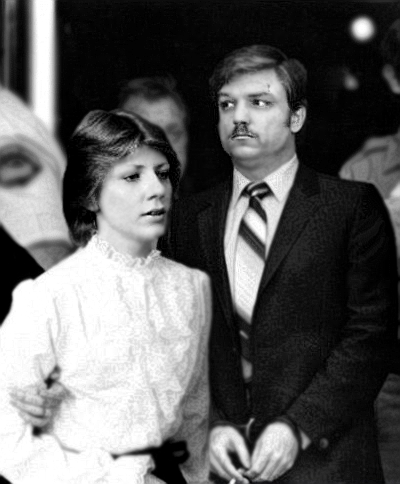 Gerald Armond Gallego and Charlene Adelle are two American serial killers who created extreme fear and distress in Sacramento, California, between 1978 and 1980. The couple captures at least 10 teenagers, and treated them as sex slaves before torturing and killing them.

Gerald had an abusive mother who constantly beat him. His father was convicted and executed for the murders of two policemen. Gerald also sexually abused his as well as and her friend. When he met Charlene, they fell insanely in love, and teamed up to kill.
In 1984, Gerald Gallego was tried for 10 murders. In both instances, Charlene testified against him…

At the end, Charlene was sentenced for sixteen years and eight months in Nevada. Gerald was convicted in both states and was sentenced to death.  But he died of rectal cancer on July 18, 2002.

#2) The Bloody Benders
The Bloody Benders were a family of serial killers who owned an inn and small general store in Labette County of southeastern Kansas from 1871 to 1873. The family consisted of John Bender, his wife Elvira Bender, son John, Jr., and daughter Kate. They have killed at least 12 travelers.

In May 1871, the body of a man named Jones, who had his skull crushed and his throat cut, was discovered in Drum Creek. In February 1872, the bodies of two men were found; both were murdered the same way. By 1873, the area was so notorious that travelers began to avoid the trail.

It is conjectured that when a guest would stay at the inn, the benders would give the guest a seat of honor at the table which was positioned over a trap door that led into the cellar. With the victim’s back to the curtain Kate would distract the guest, while John or his son would strike the guest on the skull with a hammer, and then the victim’s throat was cut by one of the women.

The whole family escaped. In an effort to catch them, State Senator, Alexander, York offered a $1,000 reward for the Bender family’s arrest. On May 17, Kansas Governor Thomas A. Osborn offered a $2,000 reward for their apprehension. But none has been captured as of today 10/10/2015. 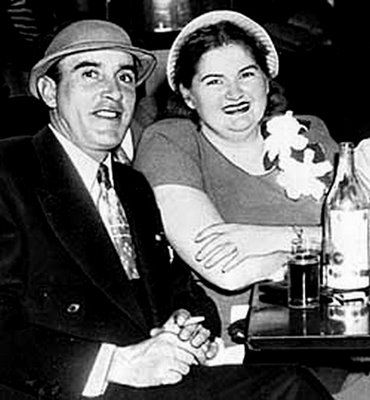 They killed most of the victims due to sexual perversity; others for no apparent reasons. For instance they killed Delphine Downing and her two-year-old daughter after meeting and staying with them for a while. Fernandez shot fatally Downing; Beck drowned the daughter in a basin of water.

After their arrest and trial for serial murders in 1949, they became known as “The Lonely Hearts Killers” for meeting their unsuspecting victims through lonely hearts ads (personal classified advertisement). A number of films and television shows are based on this case.

During the trial in Michigan, Fernandez confessed to avoid extradition to New York which has death penalty, which he would retract later. They were, nonetheless, extradited. Fernandez and Beck were convicted and sentenced to death. On March 8, 1951, both were executed by electric chair.

7 Deadliest Women Serial Killers of All Time Next post