Home All Others Kidney Cancer Statistics, Symptoms, Treatment & Prevention
All OthersDiseases and Conditions

Your kidneys are two bean-shaped organs located below your rib cage on the right and left side of the posterior part of your abdominal cavity. Each kidney is equipped with an excretory canal called ureter, which descends vertically in your retroperitoneal region (anatomical space behind your abdominal cavity), then into the pelvis to your bladder. The kidneys play major roles in your body; they are responsible for many vital functions including purification and secreting urine.  However, they may be affected by many disorders, including cancer.

Kidney cancer, also called renal cancer, begins as a malignant tumor that develops in your kidney tissue. A kidney cancer can be primary, meaning that the cancer begins directly in the cells of the kidney. The cancer can also be a metastasis from a primary cancer of another organ that has migrated into your kidney. In this case, the tumor is called secondary kidney cancer.

The incidence of kidney cancer varies with age. From 2002-2006, the median age at diagnosis for cancer of the kidney and renal pelvis was sixty-four years of age; the percentages and ages of people diagnosed were approximately:

Kidney cancer occurs when cancer cells grow abnormally in the membrane that lines the small tubes within your kidneys. The causes of the transformation of healthy cells into cancerous ones are not clear to scientists, but risk factors are suspected (see Risk Factors).

There are several types of kidney cancer, depending on the type of cells or tissue affected:

Some subtypes of renal cell carcinoma include:

Kidney cancer may be asymptomatic for a long period of time. Although the tumor is growing in your kidney, it causes no significant signs or symptoms that indicate its presence. When you finally experience pain, the cancer is already advanced.

Some kidney cancers are detected during an ultrasound or radiography performed for another medical condition. However, as the cancer is completely installing in your kidney, you may experience severe pain.

Although these symptoms below are not necessarily indicators of kidney cancer, they are often signs that indicate not only that you have the disease but it is already advanced.

If you have renal cell carcinoma, you may experience the following complications:

         spread of the cancer to your brain, lungs, bone, and liver (metastatic kidney cancer)

Your doctor can begin the diagnosis by asking you questions about the symptoms you experience and your medical history. He will do a physical examination searching for signs indicating the presence of the cancer. In addition, he will recommend blood and urine tests to detect kidney failure and look for presence of blood in your urine. 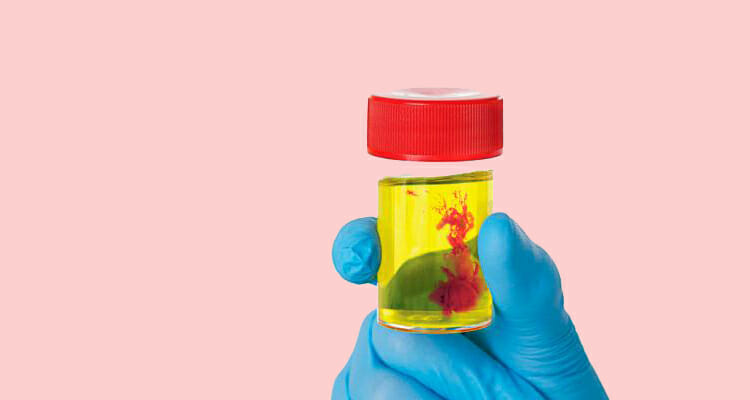 However, confirmation of the diagnosis is based on biopsy and imaging techniques like the ultrasound, CT, MRI, and intravenous urography (UVI).

Ultrasound, CT & MRI – An abdominal ultrasound or CT scan allows your doctor to see if the renal vessels and the surrounding tissue are affected or compressed by the tumor.  A chest x-ray and CT scans can be performed to search for lung metastases. The role of the abdominal MRI is to clarify the extent of the tumor in the renal area and detect if it has spread.

Biopsy – A renal biopsy is an essential procedure in the diagnosis of kidney cancer. During the exam, your physician removes a tiny sample of cells from your diseased kidney. To get access to the renal tissue, the physician can perform a transcutaneous intervention, use of a needle or a trocar, or open surgery, done through skin incision.

Open biopsies are rare and are usually performed by an experienced surgeon. Although useful, open biopsies are accompanied with a risk of infection and bleeding. In addition, the biopsies can cause the tumor to spread to other areas of your body.

Intravenous urography (IVU) – Also called intravenous pyelogram, an IVU is a painless medical procedure that enables your physician, after intravenous injection of a contrast agent, to visualize and examine your urinary tract organs including the kidneys, ureters, and bladder. Using this test, it is possible for your doctor to detect abnormalities such as malformations, tumors, or stone in the ureter.

In general, the stages of kidney cancer are determined by Roman numerals: I, II, III and IV. The higher the stage, the less likely you are to survive.

To determine an appropriate treatment, your doctor will consider the type, grade (degree of malignancy), and stage of your cancer. He can also rely on your general health and age. These factors are very important when it comes to chemotherapy drugs. However, whatever the treatment considered, you will be invited to participate in the final choice.

The treatment of kidney cancer is primarily surgical. The type of surgery performed depends on the characteristic (aggressive or not) of the tumor. Your surgeon will perform radical nephrectomy, simple nephrectomy, or partial nephrectomy.

Radical nephrectomy – This type of surgery is performed to remove the entire kidney, the adrenal gland located above the kidney, and adjacent lymph nodes. If you have a localized kidney cancer, radical nephrectomy is the standard surgical treatment to fight the tumor.

Partial nephrectomy – This surgical procedure involves the removal of the tumor and some of the surrounding tissue; a portion of the kidney and surrounding normal tissue is left. Your surgeon will perform a partial nephrectomy if the cancer affects both kidneys, or if you have a previous renal operation that leaves you with only one kidney.

Simple nephrectomy – This surgery consists of removing only your kidneys; nearby lymph nodes are left intact. A simple nephrectomy is recommended in cases of kidney cancer diagnosed at the early stage or if a small-size tumor is confined to the kidney.

Cryoablation – This therapeutic procedure consist of using hollow needles (cryoprobes) to freeze the diseased kidney. During the procedure, your physician inserts cryoprobes through small incisions in your skin and into the tumor, through which cooled, thermally conductive fluids are circulated down to your kidneys to freeze the diseased tissue along with a small margin of healthy tissue. During the procedure, you doctor will use CT scan to monitor the progression of the therapy.

Kidney cancer prognosis depends on the size and stage of the tumor. The earlier the cancer is diagnosed, the more chance you have to survive. In addition, if your overall health is more or less in good condition, the prognosis is better because you will be able to undergo a stronger treatment.

Since the causes of kidney cancer are well known, it is not possible to fully prevent it. However, to prevent the occurrence of almost all types of cancer, including kidney cancer, it is necessary to live a healthy lifestyle. Your lifestyle as well as your environment can lead to development of cancer cells in your kidney. 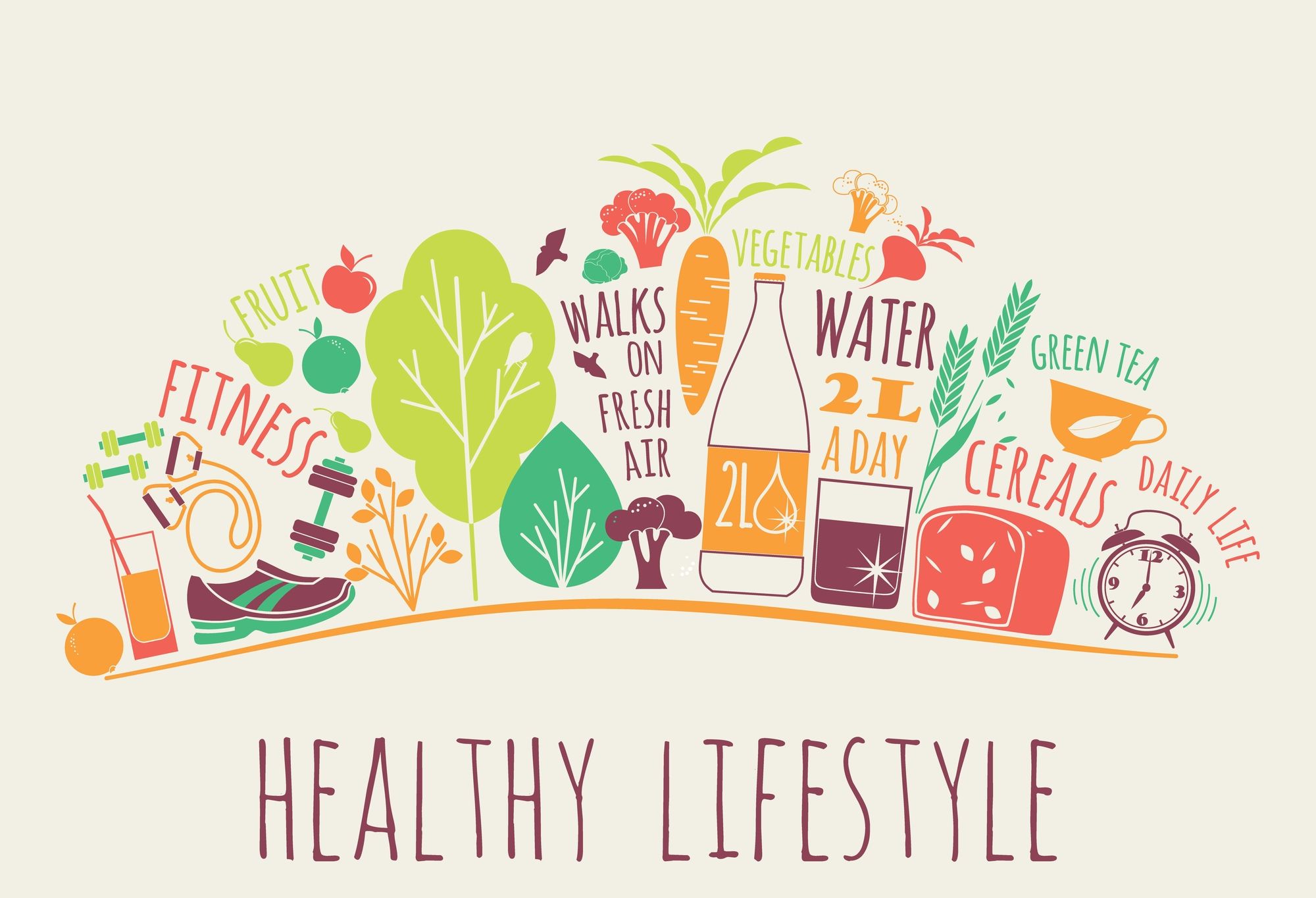 Several factors can cause formation of cancerous cells in your body. Some risk factors such as sex and age are impossible to avoid; others, however, can be prevented. If you want to prevent kidney cancer and many other cancers, you need to: