Melatonin The Miracle Treatment for Almost Everything

Melatonin is more than an insomnia treatment

Melatonin appears to have multiple functions other than improving sleep, especially as an antioxidant. Recent studies have shown it would play a special role in the protection of nuclear DNA and mitochondrial DNA. 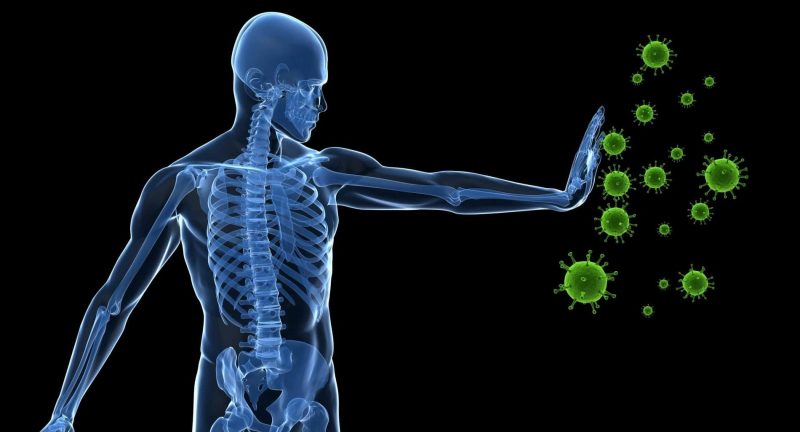 It also seems to play a role in boosting the immune system. Therefore, taking it to sleep better is also preventing many serious medical conditions linked to weakened immune system and free radical damages. For instance, in addition to Treat insomnia, melatonin is also recommended by certain physicians to:

To fully explain the role of melatonin in treating a variety of conditions, it is important that we consider the results of some recent studies.

In June 2007, 3 trials were performed in Europe on 681 healthy individuals, 55 Years and Older, suffering from insomnia. The Committee for Medicinal Products for Human Use (CHMP) approved the sleep medication Circadin® which contains prolonged-release melatonin. The committee said that this prescription drug is indicated for short term insomnia treatment in patients 55 years or over and that its effectiveness is modest, but its benefits outweigh its risks. The recommended dosage is 2 mg per day, 1 to 2 hours before bedtime.

If you live in the United States you may ask, “Is extended-release prescription products in North America are equivalent to Circadin? The answer is difficult to determine accurately given each manufacturer can apply different procedure to synthesize the sleeping pill. 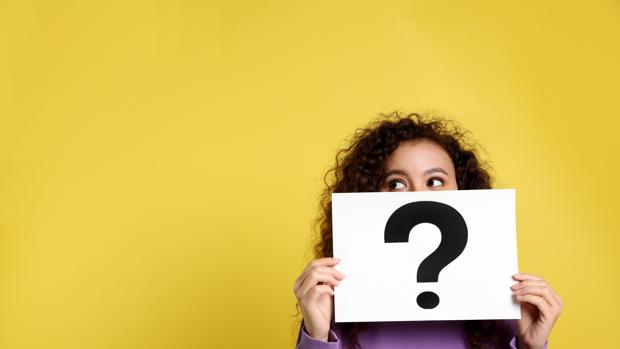 Although it is the same molecule, a pharmacist cannot be certain that all melatonins on the market have the same effects as the products are probably manufactured differently. But all good quality melatonins should provide the same results, which can differ from an individual to another however.

Nevertheless, in an effort to determine if the sleeping pill also quickens the time to fall asleep, a randomized clinical study was initiated in 2011 to assess the effectiveness of Circadin®, 2 mg daily for 3 weeks, in approximately 722 patients aged 18-80 years with primary insomnia. Compared to placebo, prolonged release melatonin does not decrease sleep onset latency (SOL), the amount of time it takes to fall asleep after the lights have been turned off. However, this reduction appears significant if one takes into account that the age group falls between 55 and 80 years. This study was criticized in particular due to the high number of participants who withdrew from it.

Insomnia in Children with Neurodevelopmental Disorders

Five meta-analyses were performed to assess the efficacy of melatonin in children especially suffering from neuropsychiatric disorders.
In the first one, the authors included 35 studies on children with autism spectrum disorders. Overall, it appears that melatonin (0.75 to 10 mg / day) improves sleep by increasing sleep duration, decreased sleep latency and number of awakenings. The study also showed daytime behavior of autistic children considerably improve. There is variability in the quality of clinical studies considered. These results were then confirmed in two globally reviews conducted on 8 clinical studies, although methodological problems did not allow the scientists to draw definite conclusions.

Two meta-analyses have focused on individuals with intellectual disabilities. The analysis of nine studies included indicates that melatonin increases the quality of sleep, including duration, delay in falling asleep, and nighttime awakenings. Sleep duration generally increased by 50 minutes. The doses ranged from 0.5 mg to 9 mg immediate and / or prolonged release. The prevalence of therapeutic effects was as important as in the placebo group. These beneficial effects were also observed in another review of 14 clinical studies.

To evaluate the effects of regular melatonin in all groups of people, a mega review was performed on all syntheses and analyses published since 2001. The results show a reduced time to fall asleep (latency) in people with insomnia. However, In relation to the duration and quality of sleep, it showed moderate to modest improvement. The results are similar for people who take benzodiazepines (sleeping pills) and those whose melatonin levels are low.

As for the effects of melatonin on sleep quality of individuals who work at night, the results are usually disappointing. It does not really work in this group of people.

Many researchers are very interested in the effects of melatonin in patients with insomnia associated with various medical conditions such as such as cancer, schizophrenia, Alzheimer’s disease, neurological disorders, autism or attention deficit disorder with or without hyperactivity.
The data come from preliminary trials or uncontrolled, but it seems that melatonin is well tolerated and can be useful to improve sleep, both children and adults. But In these cases, the supervision of a health professional is necessary before starting the treatment.

In a meta-analysis of 9 trials, researchers have found that melatonin may be effective for treating delayed sleep–phase disorder (DSPD), also known as delayed sleep–phase syndrome (DSPS) or delayed sleep-phase type (DSPT), one of many circadian rhythm sleeping disorders causing a person’s sleep to delay by 2 or more hours beyond the conventional bedtime. Sufferers fall asleep around 3 am to 6 am and wake up around 12 am to 3 PM.

A meta-analysis examined the effects of melatonin on circadian rhythm disorders in children with impaired sight. The researchers note an improvement in sleep quality after treatment with melatonin (3-12 mg / day for 8 weeks), with maximum efficiency to 6 mg (46% of participants responded to the hormone). But they emphasize the need to confirm these results in more rigorous studies.

In the US, melatonin has orphan drug status for the treatment of sleep disorders associated with deregulation of circadian rhythms in blind people.

It is also part of the treatment recommended by the American Academy of Sleep Medicine (dedicated to the treatment of sleep disorders such as sleep apnea and insomnia) for the disorder of REM sleep behavior disorder (RBD) which causes patients to physically act out vivid dreams as they sleep: they often have unpleasant dreams with vocal sounds and sudden, often violent, arm and leg movements during REM sleep.

Melatonin had an analgesic effect in many animal tests. Some human studies have yielded encouraging results in people suffering with migraine, irritable bowel syndrome, or fibromyalgia. The dosage used was ranged from 2 mg to 5 mg per day. A study in 2012 showed that melatonin, in addition to analgesics and standard sedatives, decreased pain in newborns less than four weeks old, although they had to be intubated (placement of a flexible plastic tube into the trachea) because of respiratory problems. Pain was assessed using a pain scale. Inflammation was also reduced.

A meta-analysis of 5 trials shows melatonin may reduce some of the psychological symptoms associated with dementia: depression, anxiety, agitation, impairments in thinking, communicating, memory, and others. However, it has no significant effect on cognition. Alzheimer’s disease is the form of the most common dementia in the elderly.

A systematic review including four randomized studies analyzed the effect of melatonin in patients with dementia along with behavioral disorders. Two studies reported a decrease in agitation and twilight states syndrome. As for the quality of sleep, the results are inconclusive. Other studies have shown there is a closed link between melatonin deficiency and Alzheimer’s disease; profound reductions in the hormone levels have been found in Alzheimer’s patients. Some scientists go further to state, “Melatonin should be regularly recommended to Alzheimer’s disease patients.

This is one of the most amazing findings on therapeutic effects of melatonin. Given the grief cancer causes all over the world, any mean to successfully fight it should be applauded. Following many trials performed in Italy on cancer patients, the researchers are now considering to use melatonin as adjuvant cancer treatment.

Science suspected for quite some time that melatonin may be able to slow the growth of cancerous tumors, but without really understanding why. However, a study conducted by some American researchers on July 17, 2003 has unraveled the mystery. They discovered that the hormone prevents tumors from absorbing linoleic acid, a substance they absolutely need to reproduce. In mice exposed to constant light, having injected with human breast cancer cells, cancerous tumors grew seven times faster than normal. But if their melatonin was injected, tumor growth fell by 70%; this is huge.

The researchers believe that this discovery may explain why people who work at night are more likely to suffer from various types of cancer. More than 40 laboratory studies have so far been conducted on the anticancer effects of melatonin, but clinical trials are now underway to test whether melatonin supplements, which are not required a prescription in the United States, are really useful in the fight against cancer.

In 2012, a literature review was conducted to measure the effects of melatonin on cancer, in combination with chemotherapy or radiotherapy. Eight clinical trials were considered. It appears that melatonin at up to 20 mg / day slightly reduces the risk of remission and side effects related to the standard therapy.

Preoperative Anxiety is a reaction most patients tend to experience during hospital admission for surgery. This is an unpleasant mental or emotional reaction that results from doubts or fears before an operation. In fact, who would like to undergo surgery? But it seems the disorder can be controlled.

According to a systematic review published in 2010, melatonin reduces patient anxiety before and after a surgical procedure. Its calming effect on pain is controversial because the test results were contradictory about it, but some scientists believe it is also very useful in reducing moderate pain.

There are, however, some precautions to take when taking melatonin:

In clinical studies, it is shown that melatonin caused drowsiness, nausea, headaches and dizziness in certain people, mostly fragile individuals. Note that these side effects also occurred at the same frequency in patients taking placebo.

With plants or supplements –

Melatonin for Sleep? The Truth Is Finally Out Previous post

Sleep Better Easily with These 10 Proven Simple Tips Next post