Home All Others Pancreatic Cancer Statiatics, Symptoms, Treatment & Prevention
All OthersDiseases and Conditions

You have pancreatic cancer when there is a malignant growth in the tissue of your pancreas. Although the cancer can develop in different groups of cells in the pancreas, it often begins in the gland that secretes the digestive enzymes. Despite advances in medical science, your chances of recovering from pancreatic cancer are unfortunately low. The reason is that the moment you start experiencing symptoms, the cancer has often already formed metastases; it has spread into nearby lymph nodes, and sometimes the liver.

Your pancreas is a gland in your abdomen behind your stomach and above the kidneys. It is the second largest organ in your body after the liver. It plays two important functions:

Worldwide, over 216 000 new cases of pancreatic cancer are diagnosed each year; at least 188.000 people die of the disease. In 2007, pancreatic cancer was responsible for the fourth highest number of deaths among cancer deaths in North America. In the united Sates alone, it is estimated that 42,470 men and women (21,050 men and 21,420 women) were diagnosed with pancreatic cancer in 2009; about 35,240 died of it.

Pancreatic cancer occurs when there is an uncontrolled multiplication of cells in the pancreas. These cells all derived from a single clone; due to certain factors, these cancer-initiating cells, have acquired certain characteristics that allow them to divide indefinitely without going through natural death. Early cancer cells are confined to the tissue of the pancreas; as the tumor grows, some cancer cells can migrate from their original site to form metastases in other tissues in the body.

Usually, cancer cells grow within the pancreas. In most cases, the tumor develops in the ducts that carry the pancreatic enzymes to the duodenum; however, in a small group of individuals, sometimes the cancer cells begin in the portion of pancreas that produce insulin, islets of Langerhans.

There are several forms of pancreatic cancer, depending on the types of cells involved; the two main types are:

Although the following conditions are suspected, pancreatic cancer can occur in absence of all known risk factors:

Pancreatic cancer is often associated with complications; the most common include:

There is no systematic screening for pancreatic cancer. Your doctor will collect samples of blood; perform medical imaging techniques, including ultrasound, CT scan, MRI, endoscopy, endoscopic ultrasonography and percutaneous transhepatic cholangiography (PTHC or PTC). However, to confirm the diagnosis with certainty, a biopsy is also necessary.

Blood tests – Your doctor may recommend a sampling of your blood to detect anomalies and the presence of cancerous signs in the pancreas. Certain biomarkers levels such as antigen CA19.9 are increased in most cases of large tumors in the liver and pancreas. It is an important examination in the diagnosis of pancreatic cancer; however, CA19.9 is not sensitive for detecting small tumors. In addition it is not completely reliable; its elevation may be due to a benign but not malignant tumor. CA19-9 can be realized before, during or/and after the treatment.

Ultrasound – this medical imaging technique uses painless high-frequency sound waves to visualize various organs in your body including pancreas. It involves applying an ultrasound sensor (transducer) on your upper abdomen in order to obtain images of the pancreas. The transducer emits ultrasonic through the tissues of the pancreas and are returned as an echo. The result is then collected and analyzed by a computer system that transmits a live image on a video screen.

Ct scan – a scanner is the use of x-rays to create images of your internal organs. It can detect abnormalities not visible on standard x-ray and ultrasound. The CT scan allows not only to confirm the presence of the tumor but also to highlight lymph nodes or liver metastases.

Magnetic Resonance Imaging (MRI) – an MRI with injection of contrast allows your physician to visualize organs of the inside of your body. In the case of a pancreatic cancer diagnosis, it can analyze the structure of your pancreas, to search for abnormalities, inflammation, and highlight the presence of the tumor. In addition, the MRI can help your doctor to know the exact size and extent of the tumor.

Endoscopic retrograde cholangiopancreatography (ERCP) – with this imaging technique, your doctor can see inside your stomach and duodenum, and possibly detect diseases; it combines the use of endoscopy and fluoroscopy. ERCP is used to diagnose and treat certain problems of the liver, gallbladder, bile ducts, and pancreas: gallstones, inflammatory tissues and cancer. During the procedure, your doctor injects dyes into the ducts in the biliary tract and pancreas so they can be visible on x-rays.

Endoscopic ultrasound – an endoscopic ultrasound is an exploration of the digestive system that combines endoscopy and ultrasound; this exam is very important in cases of small-size pancreatic tumor. During the procedure, a miniaturized ultrasound probe – attached to the end of a flexible endoscope – is positioned near the body to examine which allows your doctor to search or explore lesions in the gastrointestinal tract or adjacent organs including the pancreas. Endoscopic ultrasound also allows, when it is appropriate, puncture to the tumor to obtain sample for lab analysis (biopsy).

Percutaneous transhepatic cholangiography (PTHC or PTC) – PTC is a radiological technique often performed to examine the anatomy of the biliary tract. During the exam, your doctor injects a contrast agent (dye) into the bile in the liver. Afterwards, a special X-ray machine called fluoroscopy is used to track the travel of the dye. With a PTC, your physician can determine whether there is a blockage in the liver or the bile ducts.

Biopsy – even if the other diagnostic techniques have revealed the cancer, a biopsy is usually required to confirm the diagnosis with certainty. A biopsy of the pancreas is to remove cells or pancreatic tissue to examine under a microscope. There are many types of biopsies; the type used depends on where the tumor is located. However, whatever the method used, it must be done carefully so it does not promote the spread of cancer cells.

Once the cancer is detected, your doctor will determine its stage. Most of the times, he will use the result of the biopsy associated with those of the imaging techniques to determine the stage of the cancer. In general, Pancreatic cancer develops in four stages: 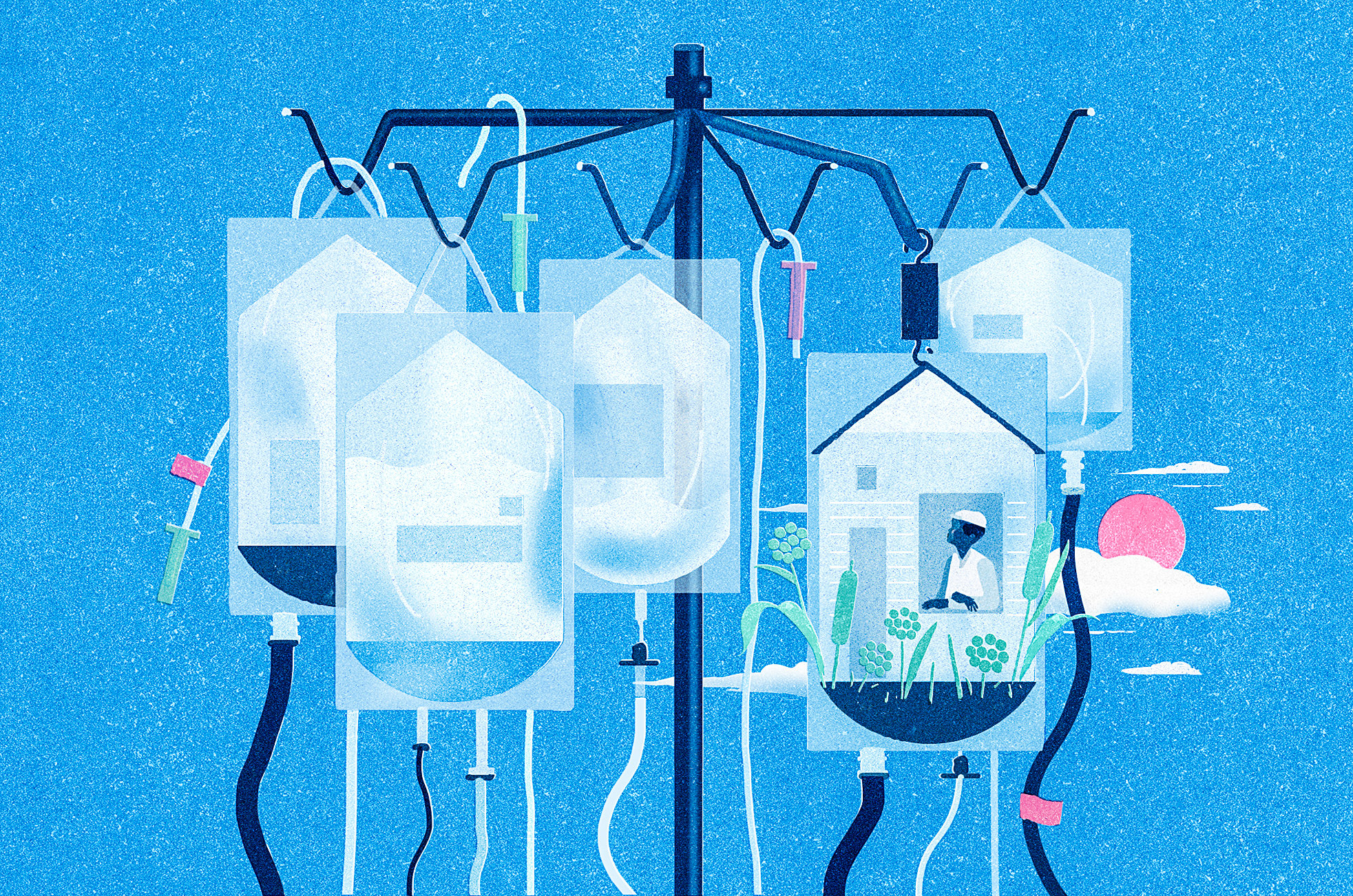 To determine the most appropriate treatment for your situation, your doctor will consider the stage and type of cancer you have. In addition, he will consider your age and your health in general. Knowing this information, he will be able to determine which treatment is most effective to fight the cancer. After all, you will be invited to participate in the final choice.

Pancreatic cancer treatment is primarily surgery; in most cases, particularly when the cancer is diagnosed at an advanced stage, chemotherapy as well as radiation therapy can be combined with surgery to increase your chances of surviving.

Surgical removal is the most effective treatment for a cancer that is confined to the pancreas. Unfortunately, nearly 90% of pancreatic cancers are diagnosed at an advanced stage, making surgical intervention difficult or even impossible. Sometimes, the surgery is performed as a palliative treatment to improve the life of the patient. This is applicable in the case of a tumor compressing the duodenum, which makes difficult the passage of foods in the intestine. The surgery aims to derive the biliary duct or stomach directly into the small intestine.

Usually, one of these three types of surgery is performed to remove the cancer from the pancreas:

Radiotherapy is use of ionizing radiation (subatomic particles or electromagnetic waves) to treat cancer. The therapy shrinks or eliminates the tumor by stopping the development or division of cancer cells. Unlike chemotherapy, which acts on cancer cells throughout the body, radiotherapy is a local treatment that acts on a specific area. The radiation is often performed after the surgery. Radiation therapy is painless procedure, and cause minimal or no side effects.

However, chemotherapy drugs affect both cancer cells and healthy cells that divide rapidly, which often lead to side effects:

Targeted cancer therapy is less harmful to normal cells, and can be very effective in the treatment of pancreatic cancer. Targeted therapy drugs stop multiplication of cancer cells by interfering with specific targeted molecules that they need to survive. The drug used in the treatment of pancreatic cancer can be an antibody against a gene expressed at the surface or in the cancer cell, or a molecule capable of blocking the transmission of the signal of cell division. The drug may also be antibody directed against the new vessels produced by the tumor to feed. Targeted therapy can be administered sometimes alone, sometimes in combination with chemotherapy or radiation.

Pancreatic cancer prognosis depends on the extent of the tumor, its type and quality of surgery performed. The chances of surviving pancreatic cancer are often low because usually when symptoms appear, the tumor is already advanced and formed metastases in nearby lymph nodes or in the liver or other organs. In fact, only 5 to 10 percent of patients operated for pancreatic cancer are still alive five years after the surgery; some do not survive the surgery.

often lead to side effects:

The only possible prevention for pancreatic cancer is to avoid known risk factors that can lead to its development, in particular:

Your lifestyle as well as your environment and your workplace may be open doors to development of several types of cancer, including pancreatic cancer. If you want to prevent the development of almost any cancer in your body, it is important to: