Sleeping medication triples the risks of cancer and death

Sleeping Medication and Your Health

Hypnotics, commonly called sleeping pills, are a class of drugs having the property of inducing sleep in individuals who experience difficulty falling asleep or early awakenings. Although they may work for a certain time they are not safe. But why people use sleeping medication so often in the US?

Those who never suffer from chronic insomnia may not be able to understand. But all insomniacs know that in despair to have good night sleep they would resort to ant thing, including “strong sleeping pills”. In fact, almost half of the US population tries some form of soporific drugs (sleeping medication) at some point in their life.

Sleep disorders are serious concern for most, and a very profitable business for the drug companies.  These pills cannot help on the long-term; they provide an immediate solution with potential long term side effects. Even people who don’t have serious adverse reactions tend to experience these minors conditions:

Most sleeping pills work by depressing or slowing down the body’s functions in order to induce and maintain sleep. They are classified in the group of sedative-hypnotics. Among the sedative-hypnotics are benzodiazepines and barbiturates. Benzodiazepines, such as Xanax and Valium, can be addictive and potentially life-threatening. Barbiturates depress the central nervous system and are used as an anesthetic and sedatives. As with all drugs, sleeping medication come with side effects.

Sleeping pills cause many side effects, among them alertness impairment and short-term memory problems. For instance Zolpidem has been, in rare cases, associated with sleepwalking, obesity, and amnesic syndrome: a mental disorder characterized by acquired impairment in the ability to learn and recall new information, sometimes accompanied by inability to recall previously learned information.

Other evidence including scientific findings respectively published in 1979, 1998, 2009, 2010, confirmed in February 2012 by a new US study involving more than 10,000 patients who had been prescribed zolpidem, temazepam, Eszopiclone, zaleplon, other benzodiazepines, barbiturates and sedating antihistamines. These studies concluded that the risk of death among users of those sleeping pills is four times higher than in the general population.

With less than 18 pills per year, the risk of death for these patients was already tripled, and then the risk increases even higher with taking high doses. That is, people who take sleeping pills daily multiply the risk of premature death considerably more than the insomnia itself. The authors of the studies state that the risk of death and cancer associated with hypnotic drugs could not be due to pre-existing disease. They do not, however, find any relation between the use of melatonin and the risk of any medical condition. A whole chapter is dedicated to Melatonin; please read it for more information. 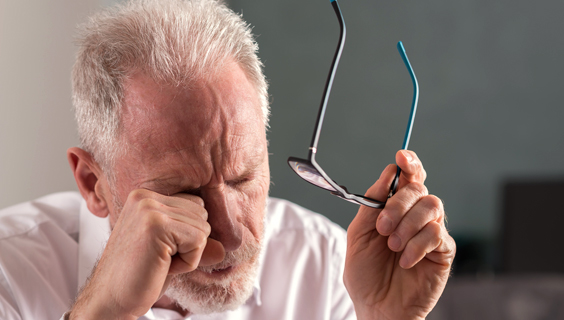 In subjects over 60 years sleeping medication the risks of fatigue, cognitive problems, headaches, nightmares, nausea, and others…

Because residues of these drugs are found in significant and increasing amounts in sewage plant, even in some natural environment, certain scientist question possible ecoepidemiologic and ecological effects of their increasing use. Worst, in some consumers these medications increase their sleep to just one hour or less. For people they really work, for a short time, these drugs tend to cause addiction, paradoxical effects: depression, anger attacks, and others.

Addiction – People taking certain sleeping pills may be fast (weeks or months) dependent on them especially since their sleep quality gets worse with the use of these hypnotics. Various studies confirm these drugs can cause some dependency: It is now well known that the tranquilizers and sleeping pills in the benzodiazepine can cause drug dependence, even when so-called therapeutic doses are taken, even after a brief treatment. The discovery of this risk is relatively recent; most consumers have no clue they spend their money to kill themselves.

Paradoxical Effect – Side effects such as depression, with or without suicidal tendencies, phobic states, aggressive and violent behavior may occur in 5% of cases according to Professor Malcolm Lader of the Institute of Psychiatry, Psychology & Neuroscience, King’s College London. This conclusion has been reached based on 7 million people (figure published in 2001) in France who consume sleeping pills, of which 350,000 experience paradoxical effects.

Although In the US, some manufacturers consider it a duty to report these side effects and report the risk of depression, anxiety, and others, several drug manufacturers and distributors are silent about these damaging side effects, although they are well-documented in the medical literature.

Because these reactions are often interpreted as symptoms of a worsening condition of the person concerned, many patients become drug-dependent for the same reason they have serious side effects. Tragically, sleeping medication business is booming. One critic, Daniel Yi, states on LA Times, “the use of prescription sleeping pills is up nearly 50% since 2001, and a report released Monday by Consumers Union of United States Inc., publisher of Consumer Reports magazine, attributes at least part of the increase to a surge in direct-to-consumer advertising of such anti-insomnia medications such as Ambien and Lunesta.”

“Technology Appraisal Guidance 77. Guidance on the use of zaleplon, zolpidem and Eszopiclone for the short-term management of insomnia” (PDF). National Institute for Clinical Excellence. April 2004. Retrieved May 10, 2016.

20 Magnesium Deficiency Symptoms That Kill 1000s Each Year Next post