Last weekend, Hurricane Harvey slammed into the coast of Texas and has been causing chaos ever since. The hurricane has now been downgraded to a Tropical Storm and has been dumping unprecedented amounts of rain for days. The destructive storm has claimed eight lives so far with more anticipated as the days go by.

In the Houston area alone, 30,000 people will be forced to leave their homes for more suitable shelter, and thousands more who will need more assistance. However, in spite of it, all these courageous Texans are not backing down and are stepping up to the plate to help their neighbors in need.

People of all race, age, and ethnicity are doing their part to save others who are trapped by the rapidly rising flood waters. That includes these heroic teenagers who just showed up with nothing more than a paddle board and a small fishing boat to save lives.

Over the past several months we have seen the worst in the younger generation in the likes of the violent group Antifa. These entitled destructive fascists have been running around the country beating up on anyone that they deem to be white supremacists. These hateful anti-Americans are determined to destroy the country we all know and love. However, while that is the worst in humanity there is a silver lining in what we have recently seen in Texas. While those hateful groups are working to cause division there are those who are seeking to unify and save lives.

In the wake of the disaster people of all backgrounds have been risking their lives to save people’s lives. We have seen on the news harrowing stories of bravery and courage from these amazing Americans. One group of teens who lived in the area who are also victims of the flood decided that they too would do their part to help and it is nothing short of inspiring.

Here is more from The Daily Wire:

Seventeen-year-old Thomas Edwards and his three friends, Richard Dickason, 17, Liam Connor, 17, and his brother Declan Connor, 15, were some of those heroes. The boys, all high school students at Strake Jesuit College Preparatory in Houston, spent hours rescuing stranded Texans in a small fishing boat. Edwards estimates the crew saved over 50 people, not to mention numerous pets.

Edwards told The Daily Wire that he woke up to find the massive flooding; his truck was nearly completely submerged and one-story houses all around him had water all the way up to their doors. Instead of feeling fear or sorry for himself (as any typical 17-year-old might feel after they see their truck under water), Edwards and his pals took this hardship as a cue to help others.

The day before the storm, the boys picked up Declan’s fishing boat from Galveston, Texas. This was the perfect vehicle to save some folks.

“Once the boat began to float on the trailer we decided to venture out,” Edwards told The Daily Wire. “We could hear people screaming for help and we towed a paddle board behind us so we could fit more people on the boat. We began to pick people up and take them to a local Krogers, where other evacuees sought refuge. We were the only boat in the neighborhood until 2 o’clock, and we motored back and forth making trips to rescue as many people as we could.” 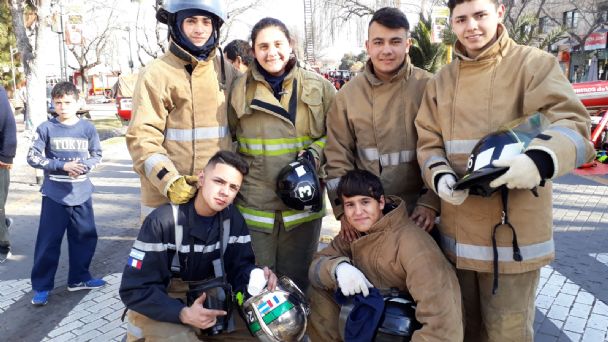 The boys began working in collaboration with local firefighters, police officers, and rescue workers, saving at least 50 people, said Edwards. “Neighbors would tell us addresses or point in directions to where they heard people yelling from,” he recalled.

“We rescued families, babies, dogs, rabbits, you name it,” explained the 17-year-old. “My friend Liam and I would stay on the paddle board and pull the boat across the intersection in order to unload people closer to the Kroger parking lot. It was an incredibly surreal experience to take a boat down streets while trying to dodge sunken cars and overhanging tree limbs.”

Edwards noted that the boys caught a second wind when local photojournalist Mark Mulligan of the Houston Chronicle posted photos of their rescue efforts.

“People were calling us Patriots, fine young men, and heroes,” he said. “All of these comments bolstered our morale and let us know that what we were doing did not go without recognition, although we would have done so regardless.

” One comment really resonated with Edwards: “Someone said that in times like these, differences don’t matter because we are all in the same predicament.”

“On our last trip, we drove back towards the house and passed by 5 National Guard trucks, which gave me and Declan a feeling of relief,” noted the teen.

“I thought it was incredibly valiant to see how the whole community banded together to save one another,” added Edwards.

Another NFL Star Gives America The Middle Finger Next post