7 Most Frightening Ghost Ships In The World

Tales of ghost ships exist in almost all civilizations. But is it true they exist? We travel the world to bring you the tales of 7 Most Frightening Ghost Ships. Enjoy the list!

1. SS Baychimo
SS Baychimo was a steel-hulled 1,322 ton cargo steamer built in 1914 in Sweden and owned by the Hudson’s Bay Company, used to trade provisions for pelts in Inuit settlements along the Victoria Island coast of the Northwest Territories of Canada…

On October 1, 1931, at the end of a trading, run and loaded with a cargo of fur, Baychimo became trapped in pack ice. The crew briefly abandoned the ship to take shelter for two days, but the ship had broken free of the ice by the time they returned.

Surprisingly, SS Baychimo did not sink, and over the next few decades she was sighted numerous times. People managed to board her several times, but each time they were either unable to salvage her or were driven away by bad weather.

SS Baychimo became a notable ghost ship along the Alaska coast. The last recorded sighting was by a group of Inuit in 1969, 38 years after she was abandoned. 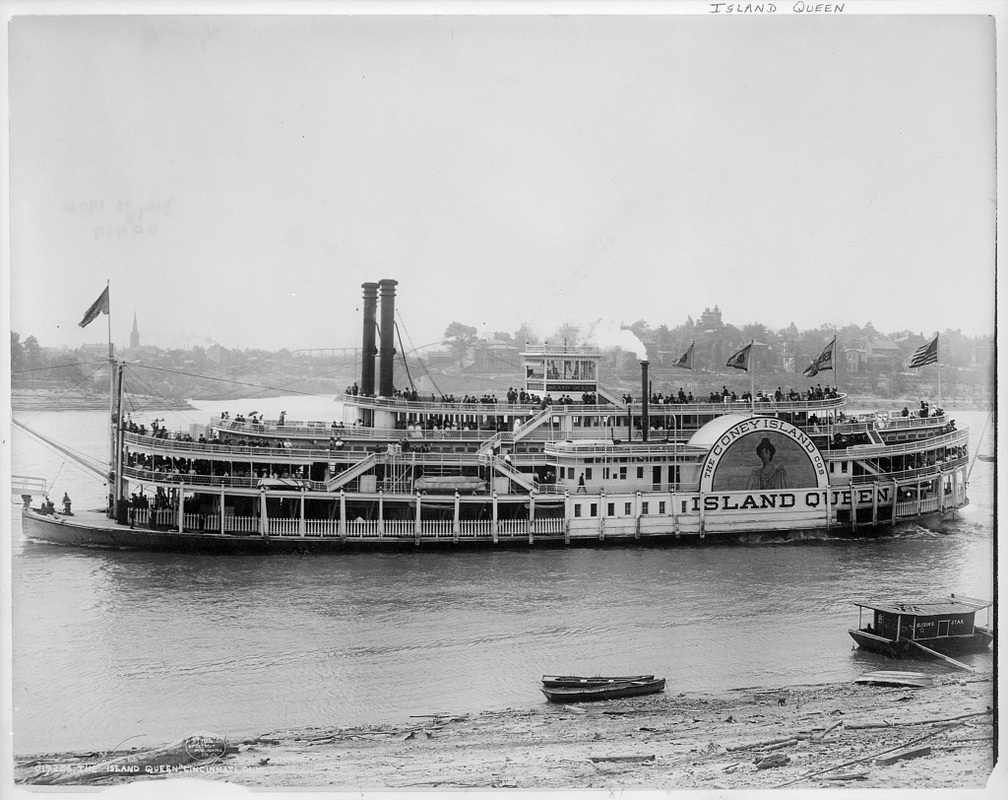 Eliza Battle was a luxury American Tombigbee River steamboat during the 1850s. She was destroyed in a fire on the river near modern Pennington, Alabama on March 1, 1858. About 33-three people killed, out of roughly sixty passengers and a crew of forty-five.

Eliza Battle enters southwestern Alabama folklore as a ghost ship. It is rumors that during the spring floods, late at night during the full moon, the boat can be seen rising out of the water and floating up the river with music playing and fires burning on the deck…

The fire is so bright that the name Eliza Battle can be seen on a plate on the side of the vessel. Local fishermen believe that sighting the boat is a sign of an impending disaster.

3. Flying Dutchman
The Flying Dutchman is a legendary ghost ship that can never make port and is doomed to sail the oceans forever, according to the 17th-century nautical folklore. The oldest extant version dates to the late 18th century.

Sightings in the 19th and 20th centuries reported the ship to be glowing with ghostly light. If hailed by another ship, the crew of the Flying Dutchman will try to send messages to land, or to people long dead.

One reported sighting was by Prince George of Wales, along with thirteen persons on board. Here is his report:

July 11th. at 4 a.m., the Flying Dutchman crossed our bows. A strange red light as of a phantom ship all aglow, in the midst of which light the masts, spars and sails of a brig 200 yards distant stood out in strong relief as she came up on the port bow… but on arriving there was no vestige nor any sign whatever of any material ship…

4. Mary Celeste
Mary Celeste was an American merchant brigantine that was discovered on December 4, 1872, off the Azores Islands, sailing with no one on board and with her lifeboat missing. When found, the vessel was in a disheveled but seaworthy condition; the last log entry was ten days earlier.

In the decades that followed, fact and fiction became intertwined. In June 1883, the Los Angeles Times retold the Mary Celeste story: “Every sail was set, the tiller was lashed fast, not a rope was out of place … The fire was burning in the galley. The dinner was standing untasted and scarcely cold … the log was written up to the hour of her discovery”.

Other explanations have suggested paranormal intervention; an undated edition of the British Journal of Astrology describes the Mary Celeste story as “a mystical experience, connecting it by processes of reasoning beyond the power of ordinary human understanding, with the Great Pyramid of Gizeh, the lost continent of Atlantis, and the British Israel Movement”.

The Bermuda Triangle has been invoked, even though Mary Celeste was abandoned in a completely different part of the Atlantic. Similar fantasies have considered theories of abduction by aliens in flying saucers.

5. SS Ourang Medan
The SS Ourang Medan was a ghost ship which, according to various sources, became a shipwreck in Indonesian waters after its entire crew had died under suspicious circumstances. It is believed that the ship has become something of a legend…

The story has appeared in various magazines and books on Forteana, beginning with a 1953 article in Fate Magazine.

Circumstantial evidence cited by these sources includes the apparent absence of a natural cause of death, the reportedly terrified expressions on the faces of the deceased, and rumors that some of the dead were “pointing” towards an unknown enemy.

But many searchers, such as Jessup, speculate that the crew might have been attacked by UFOs or paranormal forces prior to their deaths.

6. Young Teazer
Young Teazer was a United States privateer schooner that a member of her crew blew up at Mahone Bay, Nova Scotia during the War of 1812 after a series of British warships chased her and after HMS Hogue trapped her.

Young Teazer became famous for the deadly explosion that killed most of her crew and for the folklore about the ghostly “Teazer Light.”

People claim a fiery glow or a flaming ship regularly appears on Mahone Bay near the site of the explosion, often near the June 27 anniversary. Accounts were first recorded in the late 19th century and continue until today.

Folklorist Helen Creighton documented numerous versions of the story in her classic folklore book Bluenose Ghosts, although she noted that many sightings may be optical illusions during full moons. 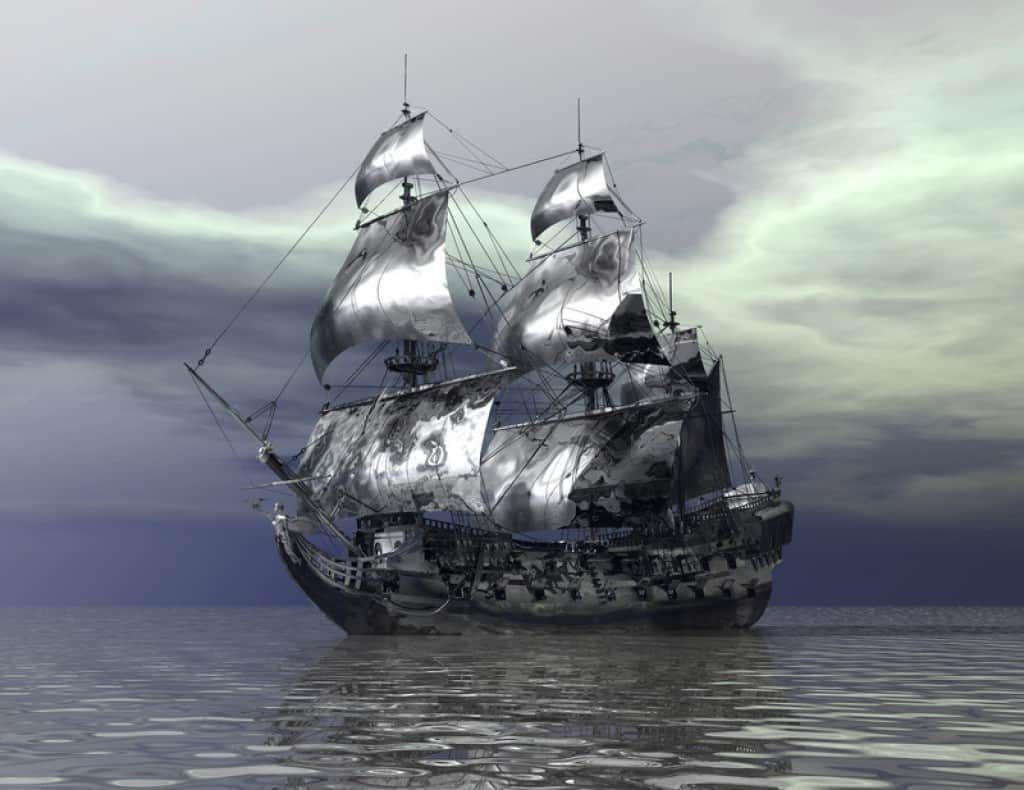 The Lady Lovibond is the name given to a legendary schooner that is alleged to have been wrecked on the Goodwin Sands, off the Kent coast of south-east England, on 13 February 1748, and is said to reappear there every fifty years as a ghost ship.

Despite the longstanding sailors’ superstition that it was bad luck to bring a woman on board, On 13 February, her captain, Simon Reed, had just been married, brought his wife on schooner to celebrate the occasion on a cruise, which he was not supposed to do. This causes the disaster.

The first supposed sighting of the phantom Lady Lovibond was on 13 February 1798 by at least two ships, the edenbridge captained by James Westlake, and a fishing smack. Its alleged 1848 appearance convinced local seamen that a wreck had occurred – they sent out lifeboats from Deal (Kent, England) to rescue the survivors.

Captain Bull Prestwick allegedly sighted her in 1948, and reported that she looked real, but gave off an eerie green glow. There was no reported 1998 sighting.