After enduring 8 years of Michelle Obama running her anti-American mouth and bashing the country that gave her everything, we hoped this woman would drive off into the sunset with Barack never to be seen again. But unfortunately, that’s not the case. Michelle has been desperate to maintain her relevancy since leaving the White House, as she still craves the limelight and way the media stroked her ego while she was first lady. After poking her head out several times since the election to take stabs at “white America,” Michelle is taking her racism to a startling new level with the sickening message she has for every white male living in America.

Michelle Obama has built her entire career by being a racist towards whites.

It started back in her college days where her entire thesis was written to bash white people, where pages of racially-charged paragraphs were composed to slander the white faculty members and the university Michelle attended, where she tried to claim the school was designed to exclude blacks like her, while “catering” to the “needs of white students.”

Then fast-forward to her days as first lady, where she was constantly giving race-baiting speeches at universities, telling all-black schools during their commencement speeches that whites owed them for slavery, while giving sob stories about how she was treated like “the help” all of her life.

Michelle has yet again forgotten that it was “white America” that elected her husband into office not once, but twice. Still defiant in her efforts to paint all of white Americans as bigoted racists, Michelle was given the opportunity to take a swipe at our country again on Tuesday during a speech at the Pennsylvania Conference for Women, and she happily took it.

Tuesday at the Pennsylvania Conference for Women, former first lady Michelle Obama said when she attended the State of the Union address she would notice the Republican side was “all men, all white,” and that was why she argued many people of color “don’t trust politics.”

Speaking about diversity, Obama said, “We should be working actively to mix it up, so we’re getting a real broad range of perspectives on every issue. Shoot, I would see that in Congress.”

She continued, “I look at that, and I go, no wonder. No wonder we struggle, no wonder people don’t trust politics. We’re not even noticing what these rooms look like.”

She added, “If people haven’t had the experience of being other and out, and you are trying to fix the problem of those folks, it’s hard to come up with the right answer when you haven’t lived it.”

So what’s Michelle’s solution then? To have more black politicians like her husband elected so they can lead the charge to drive our country into the ground even further? What exactly did Barack Obama do for the black community other than making them hate white people through the race war he created? Has black poverty decreased? Has black-on-black crime diminished from the staggering fact that 93% of black homicides in this country are committed by other blacks?

Michelle’s recent bold allegation that all of blacks’ problems in this country are due to white males isn’t the first time she’s made such racist and blanketed statements about the white race. Despite living like queen for the past 8 years on the backs of millions white tax payers and jet-setting around the world to the tune of hundreds of millions in travel expenses along with her staff of personal servants, Michelle still somehow feels “oppressed” to live in “white America.”

Speaking to a crowd of about 8,500 at the Women’s Foundation of Colorado’s 30th anniversary event in Denver after Trump was elected, Michelle whined about her “horrific experience” as America’s first black lady, claiming Americans only saw her for the color of her skin. 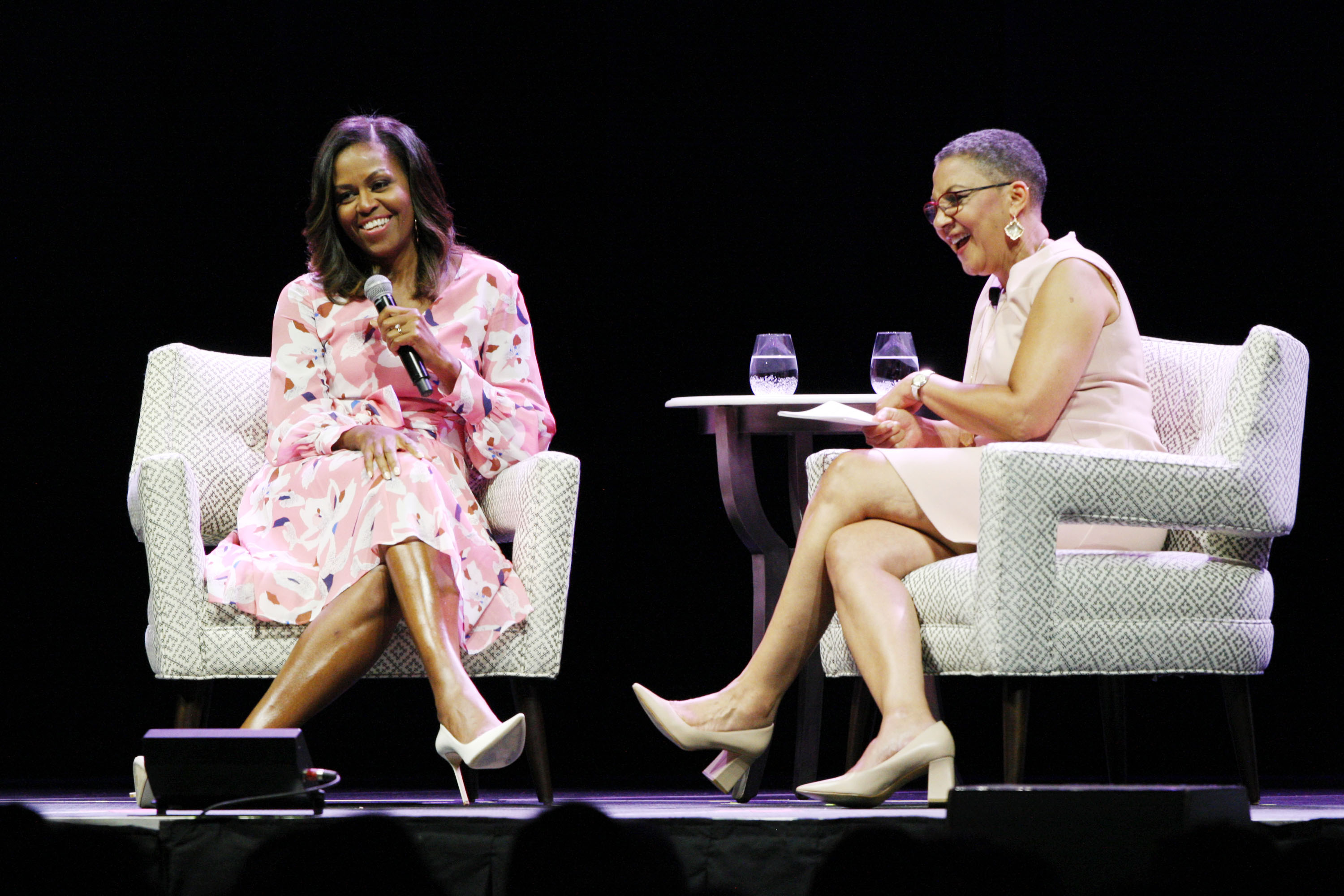 “The shards that cut me the deepest were the ones that intended to cut,” Obama said. “Knowing that after eight years of working really hard for this country, there are still people who won’t see me for what I am because of my skin color.”

Nancy Pelosi Caught Lying on CNN about Gun Control, She Learns a Brutal Lesson Next post