This week a 73-year-old Australian fisherman, Terry Selwood, barely escaped a large white shark attack that literally jumped out of the water onto his boat. But the man was lucky enough to survive the attack and subdue the wild beast.

The nearly three-meter-long shark, weighing nearly 200 kg, propelled from the southern waters to the small fishing boat. “He was looking at me and I was looking at him, and then he started to move and I could not get out quickly” Terry Selwood said. This is strange for a shark to be so furious to jump into a boat to attack human beings.

The 73-year-old Australian fisherman survived the amazing big white shark attack. The incident occurred Saturday morning in Evans Head on the east coast of Australia, reports ABC News. The man was very lucky; he was only wounded in the right forearm by the pectoral fin of the giant shark.

But the fisherman remained in shock for a while before he can completely recuperate himself from the incident. At first Selwood did not understand what was going on. He was losing a lot of blood, and was obviously saved by his cool temper, protecting himself as quickly as possible in the front of his boat to prevent the dangerous animal from biting him. 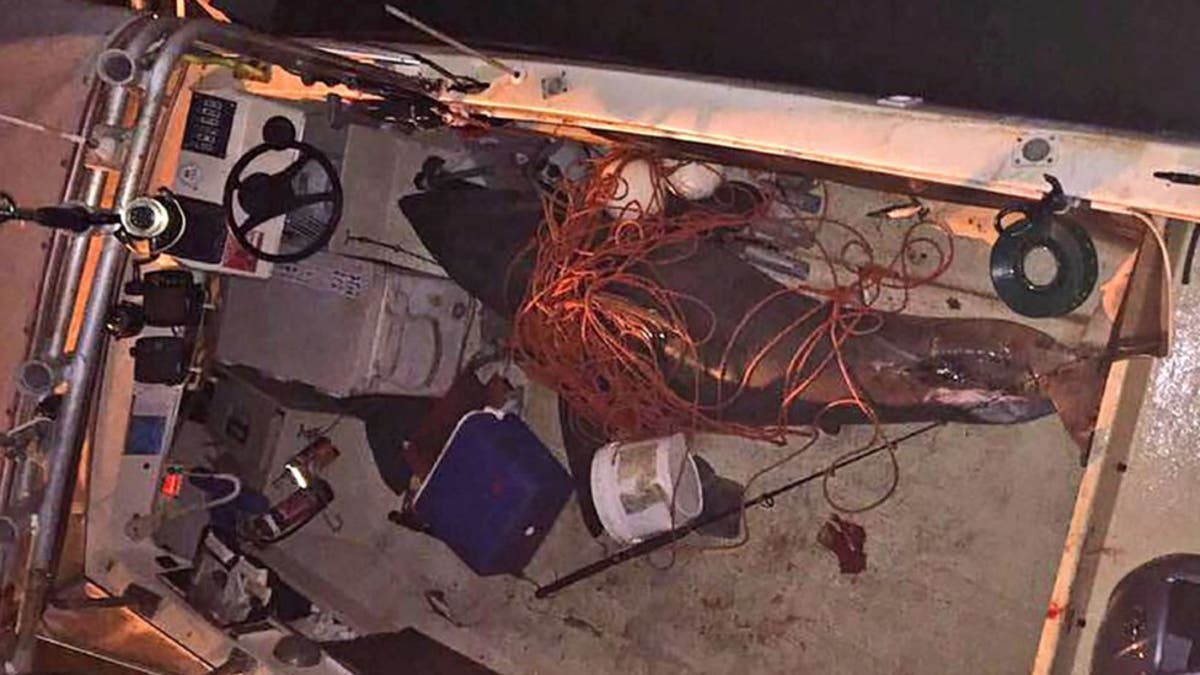 “As he was coming down, he hit me on the arm. He knocked me off balance, of course, and I just fell on my hands and knees. I looked there to the side and … this is a bloody shark. He was just doing the mad dance and he was thrashing everywhere, so I got up as quick as I could, I grabbed the rocket launcher up the top, and I climbed up on the gunnel,” Selwood said.

Selwood managed to reach the rescue team by radio and they towed the boat at nightfall with the shark on board. He was rushed to emergency where he was hospitalized. But the shark died from exhaustion inside the boat.

On his return home, Terry says that this adventure will not stop him from “going back to fishing”.

Russian Girls: 7 Reasons You Should Date and Marry Russian Women Next post