7 Most Evil Companies In The World

In this list of most evil companies, we present organizations and corporations that cause real pain and suffering in the life of countless people in different parts of the world in order to save a few thousands or make more millions. Some of those evil companies are also responsible for genocide or mass murder, causing the death of thousands of innocent people just to get richer.

Kids Wish Network
In 2008, the organization received 0 out of 4 stars review by the Charity Navigator due to its inefficient and poor charitable activities.

In 2013, Kids Wish Network was additionally ranked as “America’s Worst Charities” by the Tampa Bay Times, CNN and the Center for Investigative Reporting because of its dishonest spending practices.

The American Institute of Philanthropy also gave the organization a failing “F” grade, after a report showed only three cents out of every dollar raised by Kids Wish Network are really spent on wish-granting.

It is not over yet. The company is also accused of many IRS Frauds.

Wal-Mart is accused of a variety of wrong doings, ranging from Economic impact to gender and racial discrimination. Increased poverty – According to a paper published in Farm Foundation in 1997 by Kenneth Stone, Professor of Economics at Iowa State University, some small towns are at risk to lose about 50% of their retail trade within ten years of a Walmart store opening.

Some other studies have found in counties where there are Walmart stores there is increased poverty compared with counties without the presence of the giant.

Gender Discrimination – In 2007, a gender discrimination lawsuit, Dukes v. Wall-Mart Stores, Inc., was filed against Walmart, stating that female employees were subject of discrimination when it comes to pay and promotions.

Poor Working Condition and Human Trafficking Suppliers – Walmart is also accused of hiring illegal workers to clean their stores in a harsh condition, seven days a week, and locking them in the stores at night.

Some of the company’s suppliers, Phatthana Seafood Company for instance, are accused in human trafficking cases.

# 5 American Cyanamid Co, Now Cytec Industries
American Cyanamid was a major US chemical company, founded in 1907 by Frank Washburn to industrially manufacture calcium cyanamide, a fertilizer commercially known as nitrolime… In the 1990s, because of its controversial environmental practices, the company sold different divisions to competitors: Pfizer, with smaller portions belonging to BASF, Procter & Gamble and other firms. It is now Cytec Industries.

Carcinogenic Pesticides – American Cyanamid is known to produce pesticides that cause cancer in human (carcinogens). Since most of those pesticides are banned in the US, the company managed to produce and export them to third-world countries… Between 1996 and 2000, it is estimated that some US exporters exported about a billion pounds of those carcinogenic pesticides to those countries.

Critics estimate that over 350 million agricultural workers in Africa and Central America are exposed to these chemicals; no one knows for sure how many have died as a result.

Deadly Pesticides – American Cyanamid is responsible for the “Counter Case” in Pitahaya, Costa Rica. The seriously toxic pesticide was sold to them without warning indicating the product should be handled wearing safety equipment, safety glasses, a mask, rubber boots and gloves.

On June 1, 1988, at a plantation, workers applied Counter in the fields for several days. That afternoon, 15-year-old Heriberto Obando and other workers complained of headaches and dizziness. Some vomited blood. By the time they reached the nearby hospital, Heriberto died and the others were in critical condition.

As for today, the problem continues. Companies like American Cyanamid and Chevron Chemical Co. export about 10 million pounds of these chemicals every month to 3Rd World countries that supply nearly a quarter of the produces, freshly dusted with carcinogenic pesticides, sold in America.

Bayer AG is a chemical and pharmaceutical company founded in 1863 in Barmen, Germany. The company is the producer of many notorious products, including Aspirin. Bayer is accused of several wrongdoings, including the following:
Human Trafficking – during World War II, Bayer bought deported from Auschwitz to serve as human guinea pigs in the framework of confidential medical experiments.

Five letters from Bayer to the executives of Auschwitz Concentration Camp, written in April and May 1943, which were discovered by the Red Army during the liberation of Auschwitz, confirmed purchase of deported women.

Toxic Oil Syndrome 1981 – In the 1980s, one of its products, Nemacur (an active ingredient of organophosphate, a toxic insecticide), is implicated, according to an independent investigation conducted by Dr. Muro, in the toxic oil syndrome, a musculoskeletal disease most famous for a 1981 outbreak in Spain that killed over 600 people.

Yasmin, Yaz and Yasminelle – Bayer also circulated contraceptive pills that are very hazardous to health according to many surveys in Switzerland and the United States. These pills, commonly known as “fourth-generation pills”, including Yasmin, Yaz and Yasminelle, are found to be more dangerous than the old ones, causing serious risk of thrombosis and many other health problems. Thousands of complaints have been filed lawsuits against Bayer because of the severe side effects of these pills.

Contaminated Blood Sandal – Bayer is also accused of knowingly sold contaminated blood products that would have inoculated the AIDS virus, mainly between 1978 and 1985, while many advanced technologies to decontaminate these bloods exist. The pharmaceutical company neglected the process in order to make more profit.

Thousands of hemophiliacs (individuals whose blood doesn’t clot normally because it lacks sufficient blood-clotting proteins) worldwide are infected with the HIV virus as a result of the evilness of Bayer…The company later admits to pay “tens of millions” of dollars to the victims to end the three-decade long scandal. 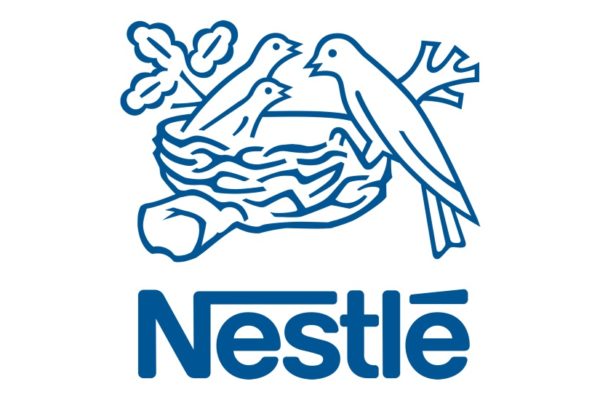 Misleading – Several studies confirm the superiority of breast milk, for the growth of infants, on powdered milk (dried milk) commonly advertised as the ideal milk for infants. Breastfeeding is even more important for countries without food and drinking water in sufficient quantity.

In 1979, 150 international organizations founded the IBFAN (International Baby Food Action Network) to fight against powdered milk industry communication strategy on the alleged superiority of the latter on breast milk …

Violating WHO code – In the US, a special session of the WHO voted in 1981 an international code banning any form of advertising inciting substitute powdered milk to breast milk. This code is signed in 1984 by many big organizations, including Nestlé. The giant company, however, has repeatedly violated the code.

Modern Slavery – And recently, Nestlé was accused of consciously supporting slavery that exists in Thailand, where people are forced to work in finishing for unreasonably low costs, by buying ‘at lower prices” and using seafood in food products for cats.

According to the complaint, Nestlé imports in full knowledge via a Thai supplier, Thai Union Frozen Products PCL, more than 28 million pounds (12,000 tons) of seafood-based animal foods for major brands that sell their products in the United States, part of which are produced in conditions of slavery.

Participation in Deforestation – In March 2010, Greenpeace launched a campaign against Nestlé which, according to the association, “contributes to deforestation in Indonesia. The authorities have yet to decide.

Horsegate – the company is also accused in participating in the fraudulent horse meat contamination scandal in 2013. On February 18, the investigators announced, through a press, that tests have revealed traces of horse DNA in many of the Nestlé beef-based products.

Dow Chemical is an American multinational corporation located in Midland, Michigan. Since 2007, it is the second largest producer of chemical products and the third company in the field of chemistry in terms of equity capital.

Nuclear Weapons – The Corporation managed the Rocky Flats Plant near Denver, Colorado, which was a nuclear weapons production facility that produced plutonium triggers for hydrogen bombs.

Dow was one of several manufacturers who began producing the napalm B compound, which United States military used in napalm bombs to drop on North Vietnam during the Vietnam War.

Bhopal Gas Tragedy – Having bought Union Carbide in 2001, Dow Chemical has been associated with the Bhopal disaster (Bhopal gas tragedy) occurred in India in 1984, causing the death of 8,000 people within two weeks. Bhopal gas tragedy is considered as the world’s worst industrial disaster.

Agent Orange (Herbicide Orange) – Dow Chemical Company was one of the producers of Agent Orange, and was found liable in 2013 by the South Korean Justice of skin diseases developed by veterans of the Vietnam War as a result of their exposure to the deadly herbicide.

Monsanto has-been around over a hundred years (founded in 1901 by John Francis Queeny); it is now regarded as the World’s most evil corporation ever existed due to the facts its productions harm not only Humans but also the Entire plant.

There are more critics against Monsanto than any other company that ever existed in the world. We therefore, prepare an article uniquely for it called Monsanto Top 7 Evil Facts.

Monsanto 7 Evil Facts and The Deadly GMO Effects Next post