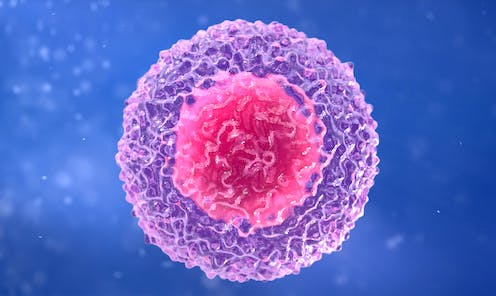 B-cell non-Hodgkin lymphomas include many subtypes:

The lymphatic system comprises a network of lymphatic vessels (also called ducts) that ensure the circulation and cleansing of the lymph from bacteria, microscopic waste, and unwanted cells including cancer cells. The lymphatic system also includes all organs where there are large quantities of white blood cells: the lymph nodes, bone marrow, spleen, thymus, and the mucosa-associated lymphoid tissues which include the digestive tract, lungs, skin, etc. the main role of the lymphatic system is to protect the body against certain microorganisms, tissues and foreign bodies, infections and various pathogenic attacks.

Each year, non-Hodgkin’s lymphoma affects around 10 people per million worldwide. According to the National Cancer Institute (NCI), it is estimated that 65,980 men and women were diagnosed with lymphoma in the United States in 2009; about 19,500 people died of the disease.

The incidence of lymphoma (non-Hodgkin’s lymphoma and Hodgkin’s lymphoma combined) varies with age. From 2002-2006, the median age at diagnosis for lymphoma was 64 years of age; the percentages and ages of people diagnosed were approximately:

Lymphocytes are a group of white blood cells (leukocytes) that are produced in the bone marrow. They are present in the blood, lymph, connective tissue and lymphoid organs such as lymph nodes, spleen, tonsils, adenoids and Peyer’s patches. The lymphocytes play a major role in immune responses: humoral immunity response, associated with the production of antibodies; and cellular immunity, associated with proliferation of effector cells – a specific group of cells in the immune system that response to stimulus.

All these white cells go through a predictable life cycle – they naturally die (when they become too old) to be replaced by new ones. In the case of Non-Hodgkin’s lymphoma, white blood cells can multiply excessively and, without going through this natural death; this condition causes formation of cancer cells.

The causes leading to the development of Non-Hodgkin’s lymphoma are not well known; however factors are suspected.

Generally, early in the evolution of non-Hodgkin lymphoma, it is characterized by a painless enlargement of lymph nodes. These swollen lymph nodes sometimes regress spontaneously to reappear later.

Most common symptoms of non-Hodgkin lymphoma tend to appear in the organs containing lymphoid tissue: neck, armpit or groin areas. As the disease progresses, however, it can reach all parts of the body. This makes non-Hodgkin lymphoma a multi symptomatic disease. In addition to swollen lymph nodes, non-Hodgkin’s lymphoma can cause the following conditions: 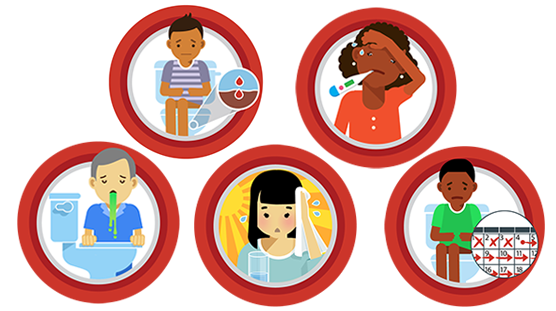 Cancer cells can spread to other organs – especially the digestive tract, chest, lungs or skin – and cause severe complications. The nature and severity of the complications depend on the location of the lymphoma.

Signs and symptoms are not sufficient to confirm you have non-Hodgkin lymphoma. Other more specific procedures will be performed to confirm the diagnosis; your doctor will recommend the following tests:

Once the cancer is detected in your body, your doctor will perform other medical exams or base on the previous test to determine its stage. The following are stages used in clinical evaluation of non-Hodgkin lymphoma:

Non-Hodgkin lymphoma treatment depends on the type of cancer you have, its stage, your health and your age. If only one lymph node is affected by the tumor, you can definitely be cured by radiotherapy. In advanced non-Hodgkin’s lymphoma, survival chance decreased considerably. In general, non-Hodgkin’s lymphoma treatment includes radiotherapy, chemotherapy, biotherapy, and other therapeutic methods such as stem cell transplantation.

Radiotherapy consists of using high doses of X-rays to kill cancer cells in order to eliminate or shrink the tumor. If the cancer is too advanced to be completely destroyed, radiation therapy can reduce symptoms and prolong your life. In the case of a non-aggressive non-Hodgkin lymphoma, radiotherapy combined with chemotherapy can lead to a complete cure in about 50% of cases.

High dose of chemotherapy always leads to damage in the bone marrow. To repair this damage, your oncologist can perform or recommend a stem cell transplantation. The stem cell transplantation is performed to replace damaged blood cells by healthy stem cells, instead of waiting for your body to produce them. Usually, healthy stem cells are taken from you or a compatible donor before the treatment and then frozen to be injected in your body after the chemotherapy. In patients under 55 years, the bone marrow can give very satisfactory results.

Also called immunotherapy, biotherapy is to use substances to stimulate the natural defense (immune system) of your body so it can attack and destroy the cancer cells. One of the biotherapy drugs approved by the Food and Drug Administration (FDA) for the treatment of B cell non-Hodgkin’s lymphoma is Rituximab (Rituxan); it often is associated with radioimmunotherapy. The most common side effects of Rituximab include: 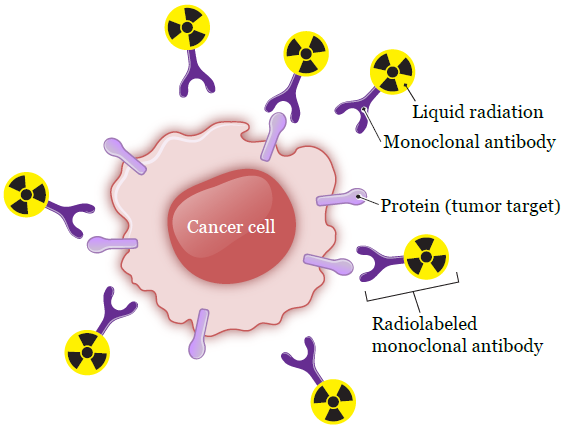