Sex with Animal is Harmful

Sex with animal (bestiality) can cause cancer, new study reveals. Although it may sound strange to you, this practice is getting more and more popular all over the world.  Not only common people but also authorities stand for it.

In Germany, a new law has made sex with animals legal. In other countries, such as Sweden, Belgium, and Finland bestiality is fully legal. The Canada’s Supreme Court has just declared that most bestiality is legal in the country.

Considering the pleasure of having sex with a woman, can a man honestly compare a dog or goat with a beautiful woman on his bed? For some, the answer may be “yes”. But what is the impact of a human having sex with animal on health? This study answers this question, at least partially.

Bestiality is for some a matter of joke, but it could also be a matter of life and death. Indeed, a new study has shown that men who have gone so low morally to have a sexual relationship with animals had twice the risk of getting penile cancer of comparing to others who don’t. For a human to  sex with animal is not only a perversion but also a danger to health.

The study was conducted on nearly 500 men from Brazil, 18 to 80 years. 59% of those who practice sex with animals reported they have been doing it for up to 5 years. 21% had continued the bestiality for more than 5 years. Those who had sex with animal were grouped into categories: healthy men and cancer patients. Of the 118 patients who had had penile cancer, 45% had had sex with animal for at least 5 years. In addition, Men who practice bestiality were more likely to experience sexual transmitted diseases.

It was also found the risk is even higher among those men who smoke in addition to have sex with animals. Smoking greatly increases the risk, the researchers found. The presence of lesion on the penis is another factor that can increase the chance for the cancer to develop. In fact the penetration in the sexual organ of the animals can cause lesions. The configuration of the animal sex is not really suited to the a man penis; this can cause micro-lesions, and thus promoting cancer.

There is no a priori relationship between the number of sexual acts and the risk of the cancer. 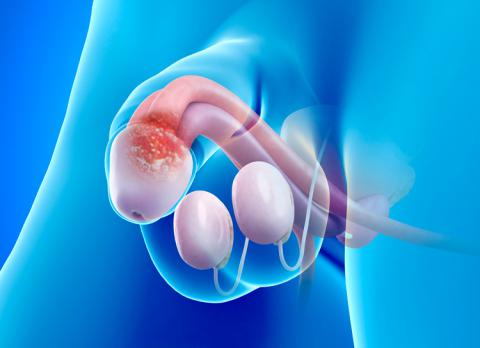 The same applies to all animals, regardless of the species. The men who practiced bestiality with same or different animals all were at high risk.  Sex with animal in general increases the risk of penile cancer and sexually transmitted diseases. The researchers do not exclude the influence of other factors such as zoophilic, strong sexual attraction to animals.

Unlike what most people belief, men having sex with animal does not concerns only people living in rural areas, or individuals who have too much sexual experience. Some of those men studied started having relationships with animals before they stared having sex with women. This study took men in rural areas, but a recent survey conducted in developed countries found that even educated men living in cities also involve in sexuality with animals.

This study was conducted on men only, but it does not mean women are safe in practicing sex with animal.  In fact, the chance to develop cancer can even be higher in women.

Bestiality existed since antiquity; It was, however, mostly ritual. But these days the practice is widely spread like a scourge. Worst, more and more countries are making it legal for people to sexually abuse innocent animals. Having sex with animal can kill you morally and physically.

Bracelet to detect warning signs of depression Next post