10 Viagra Related Deaths to Know Before Taking Your Next Pill

10 Viagra Related Disasters That Will shock You

In addition to the medical use of Viagra to improve the erection there are recreational uses which some men do once or a couple times just for fun. For instance, a teenager or man can take a viagra pill for his erection, although he does not suffer from any sexual dysfunction, to improve his sexual performance. Whatever the case, taking viagra can be very dangerous.

It is estimated that more than 616 people died of heart disease worldwide after taking Viagra. About seventy of these deaths were recorded in the European Union and the rest worldwide. According to the Food and Drug Administration’s (FDA) Office of Surveillance and Epidemiology, erectile dysfunction drugs caused about thousands of deaths from 2000 to 2010.

It should be noted that there are cases where the deceased patients already had heart problems or blood circulation, and the drug should not have been prescribed or taken at all. There are also cases of recklessness where certain people overdose the drug. In addition, we should ignore the many benefits of viagra for men. The idea here is to be careful.

For its part, the Pfizer laboratory, manufacturer of Viagra, refutes any cause of heart disease or death linked to the erectile-dysfunction drug. Meanwhile, the number of viagra related deaths continues to increase.

When it comes to domestic violence men are always the prime suspect, but when women hit they tend to do so with rage and atrocity.  This is the case of an English woman called Georgina Challen.

In August 2007 Georgina smashed the skull of her husband with a hammer while he was tsaking his eating lunch and killed him. The reason of her crime is shocking: she discovered the victim cheating by regularly counting the dwindling numbers of his Viagra pills. She later confessed the murder: “I killed him with a hammer. I hit him lots of times. If I can’t have him, no one can.”

On June 8, 1998, the then Nigerian dictator Sani Abacha died of a heart attack linked to taking of Viagra. According to the Nigerian magazine Newswatch and the Sunday Times of London, the death of the dictator is linked to his feats in bed.

General Abacha, 54, was known to appreciate the company of prostitutes. One of the rumors about his death is that he was seized with convulsions while in bed with two women. One of them would flee the room yelling.

An overdose of Viagra leads a Colombian to lose his penis. In Colombia, a 60-year-old who had consumed several pills of Viagra ended up in the emergency room. Victim of an infection, the man had to get his penis amputated to survive.

Wanting to impress his partner the man would have ingested an excessive dose of Viagra. As a result, he found himself with a painful erection which persisted for days. This 60-year-old Columbian, seeing that his erection did not stop several days after taking the drug, and, suffering atrociously, decides to go to the emergency department of Neiva (Huila) hospital. Medical exam reveals that he suffers from an infection of the corpus cavernosum (the mass of spongy tissue surrounding the male urethra within the penis) and a fracture of the penis. And the hospital staff had no choice but to resort to amputation of the penis to save his life.

If you plan to surprise your partner with Viagra you need to think twice; it can cause your death. James Andrews is an intelligent young British writer, but there is something very important he did not know: the right and real way to impress a woman.

On Valentine’s Day 2012 he walked in front of a train and committed suicide. What went wrong?  The incident happened three days after his ballet dancer girlfriend, Eleanor Sharpe, confronted and dumped him for using Viagra to enhance his erections.

The wedding night is a delightful moment for newlyweds. But sometimes the dream turns into a nightmare. On the night of his marriage, an Egyptian man died of a heart attack after ingesting a significant amount of viagra 100mg. The spouse told the authority that his husband consumed an overdose of a tablet to stimulate his sexual desire in order to spend his wedding night without a problem.

A little later he felt severe pain which caused his death. The autopsy of the body showed that the cause of death was a sharp drop in blood circulation, which led to an explosion of the cardiac aorta after consuming excessive doses of the stimulating drug.

Minutes after winning the bet, the 28-year-old died of a heart attack, Moscow police said. “We called emergency services but it was too late, there was nothing they could do,” said one of the female participants who identified herself only as Alina.

young man had been suffering for a few days of palpitations after taking viagra. As the pain persisted, he went to the nearby hospital for a consultation with a cardiologist. On Tuesday night, during a police intervention, the young man starts vomiting and falls to the ground. Abdel later died in the hospital of a cardiac arrest.

His friends confess that Abdel was taking Kamagra, a counterfeit version of Viagra, for a few days and had had sexual intercourse in the afternoon of his death. They explain that Abdel and some other guys take the drug to go see prostitutes. They take it and then go to brothels in Germany or other European countries. It’s the new fashion.

This case is a classic. On the morning of Saturday, July 8, 2017, the dead body of an Ivorian man was discovered on the beach of Sidi Bouzid. The case dates back to the morning of Saturday 8 July when the Ivorian corpse was found on the beach. The autopsy concluded that he was killed as a result of an overdose of Viagra pills that he had ingested before going to bed with a pimp, 32 years old, residing in the Al Matar district of El Jadida.

The pimp, who was sentenced to six months in prison, put the corpse in her car, with the support of two other prostitutes, a 20-year-old university student and a 24-year-old female employee, and dumped him on the beach. The latter two received respectively 4 and 3 months of imprisonment.

Although Viagra can improve the sex life of men suffering from erectile dysfunction (ED) it can quickly become dangerous when too much is taken. This is the case of this young Russian who lost his life by ingesting too much viagra.

Everything started as fun and sexy contest. The young man made the bet that he could enjoy two women for a whole night. So he took an incredible amount of viagra to keep up the road. The good news he won; he indeed spent the night. The bad news his heart exploded in the morning.

Wanting to impress his mistress, a Nigerian man died of a strong erection caused by an overdose of Viagra. The man, married with three children and aged 30, was found dead in a hotel room in the state of Delta, Nigeria, due to a long erection. Indeed, wanting to impress his new mistress, the 30 year old player had taken several pills of a drug named Manpower and similar effects to those of Viagra.

Unfortunately, unable to ejaculate after spending long minutes in bed with his girlfriend, the man would have died from heart problem and too much stress. Panic-stricken, his partner secretly left the scene and flee. She has not been found since then.

The man also allegedly consumed alcohol during the evening.

Erection is a dynamic physiological phenomenon in perpetual change. The blood arrives in the corpus cavernosum and leaves the penis continuously, resulting in a force of erection. When a man takes a medication, erection is easier, it comes faster. It can also become stiffer and harder. 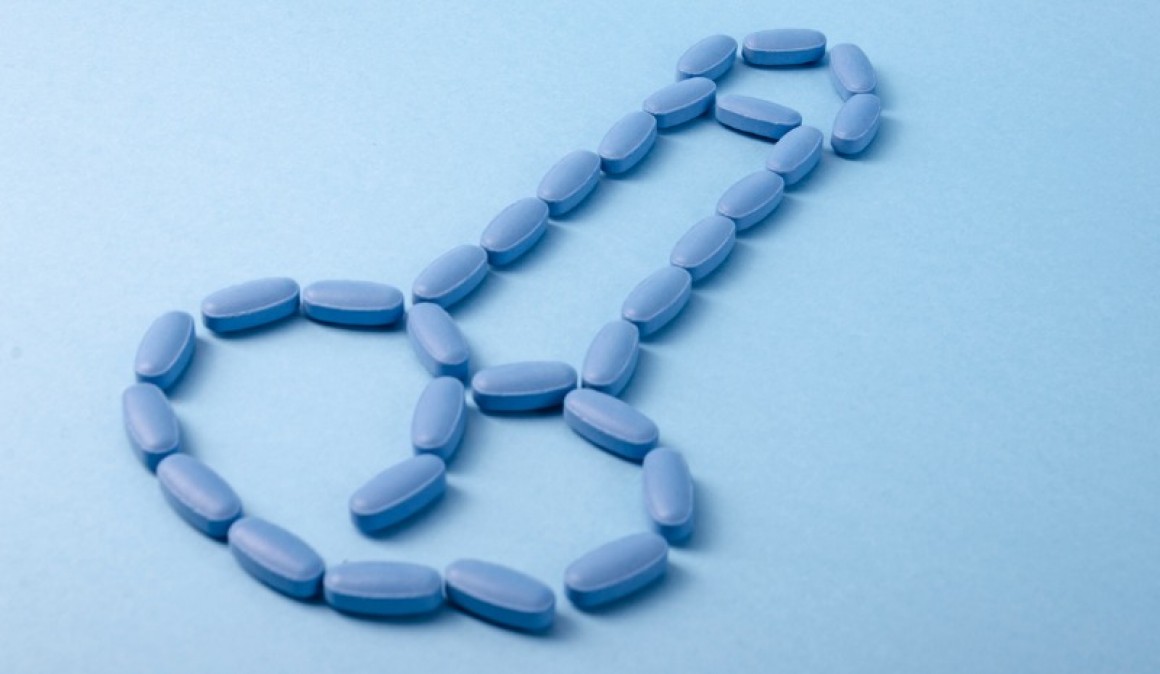 Recreational use tends to change standards in the user’s head. By using Viagra (or levitra or cialis), he expects that his natural erection without medication is equivalent, which is not the case. As he persists the use of the drug he would consider natural sex insufficient when it is simply normal.

The more frequent the use of medication for erection, the less confidence in one’s own natural erection. It is proven in several studies that the lack of confidence in his erectile ability is for a man a very important factor of erectile dysfunction.

11 Prostate Massage Benefits for Prostate Health and Risks to Avoid