Honey as Cancer Treatment, This Can Save Your Life

It is difficult to assess all the benefits of honey against cancer given few studies have been done on honey and cancer treatment. However, researchers have found considerable data to convince us that this super food is a powerful weapon against many types of cancers such as breast, colon, lung, liver and others.

Researchers have found, following a study carried out on cells, that honey consumption would provide protection against breast cancer. This protection is due to its antioxidant power, its flavonoid content. Dark honeys are nevertheless more effective than lighter colored honeys. Be aware that 100% pure raw and unfiltered dark honey (not to be confused with dark honey mixed with cane syrup which is not pure and low quality) was used during the study. 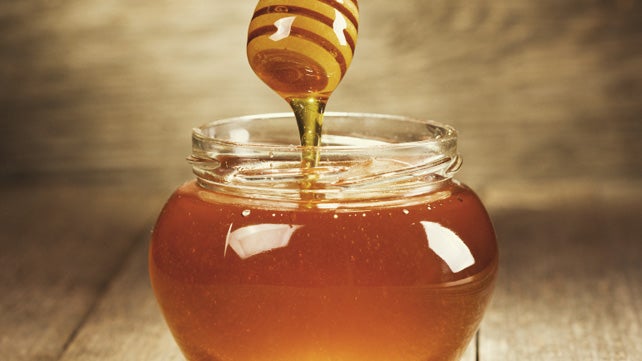 However, an observatory study of over 5,000 women revealed the existence of a direct link between a diet high in sugary foods, and other sweeteners, and an increased risk of breast cancer. It should be emphasized, however, that the study did not differentiate the impact of each source of carbohydrates, which prevents the researchers from reaching a final conclusion that honey was also implicated.

In addition to breast cancer, a recent literature review has shown promising effects of honey on the liver and colon. The scientists believe using honey instead of refined sugar can help reduce the risk of developing colorectal cancer as well as liver cancer. Indeed, honey has the ability to modulate the proliferation of cancer cells by various mechanisms. But more research needs to be done on honey and colon cancer in humans to confirm this finding.

In an article recently published on Pubmed, the scientists Sarfraz Ahmed and Nor Hayati Othman state:

Natural products such as honey have potential anticancer effect. Honey is composed of various sugars, flavonoids, phenolic acids, enzymes, amino acids, proteins, and miscellaneous compounds. Its composition varies according to floral sources and origin. It has been shown to have anti-inflammatory, antimicrobial, antimutagenic, antioxidant, and antitumor effects. The phenolic contents of honey have been reported to have anti-leukemic activity against different types of leukemia cell lines. Its anticancer activity has been proved against various cancer cell lines and tissues, such as breasts, colorectal, renal, prostate, endometrial, cervical, esophagus and oral cancer.

In other studies, the flavonoids in honey have also been considered. These antioxidants are known to be very effective in deactivating the molecules naturally oxidized in the body, such as free radicals. They are involved in the processes of DNA damage and in the growth of cancerous tumors. It has been found that their inactivation (by honey or/and other means) slow these phenomena and the proliferation of cancer cells in the body. Besides, a cohort study conducted in Finland among 10 000 men and women over 20 years has shown that a high intake of flavonoids would reduce the incidence of lung cancer.

Another recent study from Malaysia found that honey combined with tamoxifen (Nolvadex), a medication used to treat breast cancer (yet may cause cancer of the uterus, strokes, and blood clots in the lungs) could help reduce the tamoxifen dose and its side effects. It was also found that the sweetener is very toxic (cytotoxic) against cancer cells, while protecting healthy cells. Thus consuming honey during cancer treatment may result in far fewer side effects. The properties of the sweetener against the proliferation of cancer cells are very promising, in addition to the usual cancer treatments, conclude the researchers.

In everyday life, honey can be used for its sweetening properties and health benefits. There is increasing evidence showing it may have the potential to be anticancer agent through several mechanisms, although its mechanisms of action are not clearly understood yet. Studies have shown that honey has anticancer effect through its interference with multiple cell-signaling pathways, such as inducing programmed cell death (apoptosis), antiproliferative, anti-inflammatory, and antimutagenic pathways. In addition, honey modulates the body immune system, which in returns, helps to prevent the development of many diseases.

But honey of different floral sources may give different effects. Therefore, go for the highest quality raw and unfiltered honey.

Here is a recipe of a homemade remedy that people use against cancer. It is said it helps fight many cancers including mouth, stomach, prostate, lung, kidney, breast, colorectal, liver, and others.

This remedy is very easy to prepare. You need to combine 1 teaspoon of baking soda for every 1 tablespoon of raw unfiltered honey. Or just mix 1 tablespoon (tbsp) of baking soda with 3 tbsp of honey. After mixing these 2 ingredients, cook them on low heat for 5-10 minutes. No need to refrigerate it.

Take 1 tsp. up to 3 times per day, between meals, for 2 to 3 months. It works better when taken on empty stomach. During this therapy avoid white/refined flour, sugar, red meat, GMO, and all unhealthy foods.