Acne is a skin disease characterized by inflammation of the pilosebaceous follicles (pertaining to the hair follicles and the sebaceous glands). There are many forms of acne, but the most common are acne vulgaris (commonly called acne) and acne rosacea.

Other forms of acne

In addition, there are these less common forms of acne:

What are the causes of Acne? 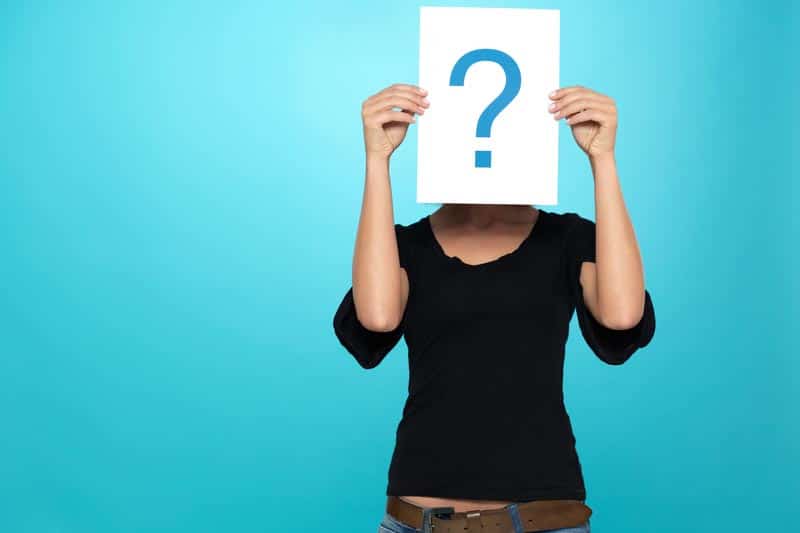 The causes of acne rosacea are controversial: some scientists attribute it to genetic factors, bacteria (Helicobacter pylori), and hypochlorhydria (absence or low production of gastric acid in the stomach). Some scientists also believe certain foods such as coffee, tea, nuts, chocolate, pepper, alcohol and spices can increase the risk of developing acne rosacea.

Acne Rosacea (or simply rosacea) is a chronic form of skin disease that occurs on the face, especially on the nose as well as the scalp and neck. It affects preferentially the middle-aged adults (ages 30 to 50), and occurs mainly in women, but more severe in men. Acne Rosacea is very common especially among those with fair skin.

The causes of acne are not yet fully known. Genetic factor is the only cause conventionally recognized by scientists so far. However, some scientists believe that stress, poor hygiene, hormones, environment (pollution, sun exposure) and certain foods can encourage the development of acne.

Sun Exposure – while a limited amount of sun exposure is good for the skin, excess aggravates acne, and causes other damages to the skin including skin cancer.

Hormones – hormonal factors are also suspected in developing acne. This cause is more common among young men, with relative exacerbation in women during menstruation.

Diet -The relationship between acne and foods (meats, chocolate, etc.) is not fully proven, but some fatty foods may contain benzene and chlorine pollutants that might induce or exacerbate acne.

Genetic – The risk of developing acne runs in families. It is shown in many studies that those who have family history of acne tend to suffer from the disease more easily than those who do not.

Bacteria – The proliferation of bacteria such as Propionibacterium acnes can provoke acne. Propionibacterium acnes is a bacterium that normally present on most people’s skin and throughout the gastrointestinal tract in humans and many other animals. It does not cause infection; however, it aggravates inflammation of the follicle when there is an excess sebum production, or when the skin is exposed to certain chemicals.

Pollution – Exposure to certain pollutants, including chlorine, increases the risk of acne. Some pesticides, perhaps because of their character endocrine disruptor (hormonally active agent), seem to be able to trigger episodes of acne called chloracne.

Hyperseborrhea – An excessive sebum (oil) production, origin hormonal, is also responsible for acne, some scientists believe. This natural oil of the skin serves to protect it from external aggression, forming a thin film lipid at its surface. At puberty, the increase production of certain hormones (testosterone in particular) causes an excess of pilosebaceous glands activity resulting in skin disorders such as acne.

Signs and Symptoms of Acne 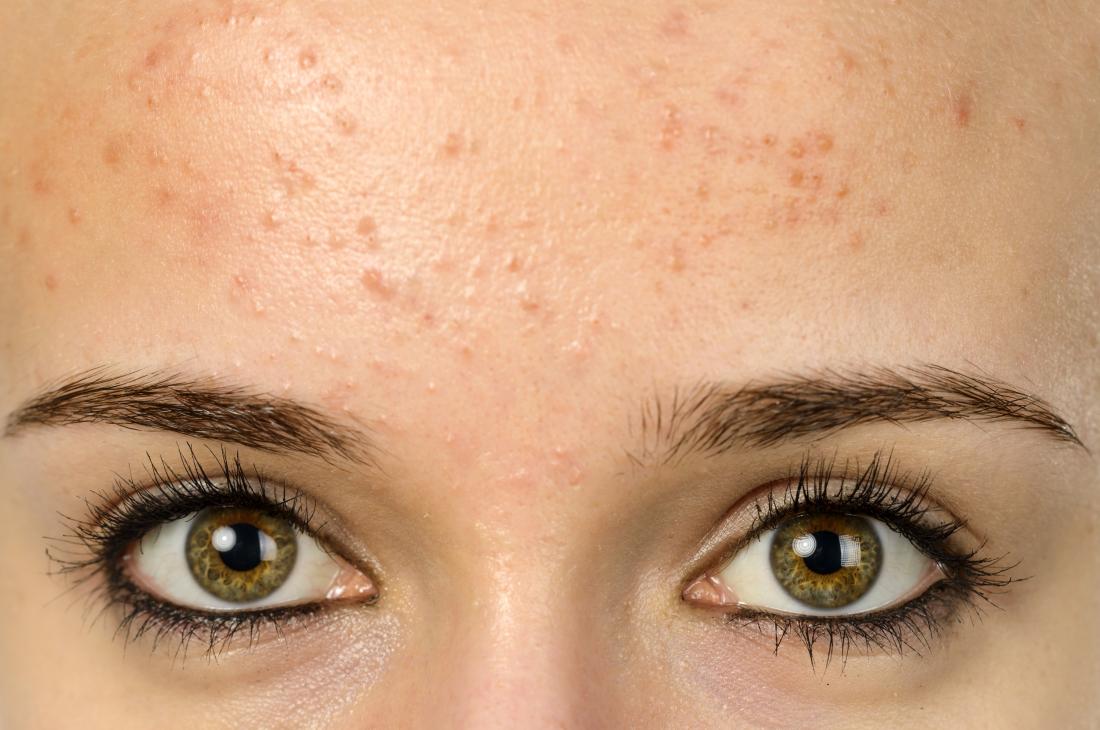 Acne vulgaris is characterized by an accumulation of sebum (oily substance secreted by the sebaceous glands of the skin) associated with a hypersecretion of keratin (an important protein in the skin, hair, nails, hooves, horns, teeth, etc.) and a bacterial proliferation. This medical disorder causes an inflammation of the pilosebaceous follicles, resulting in the formation of, sometimes, open comedones (blackheads), sometimes closed comedones (whiteheads), pustules (small collection of pus in the top or beneath the layer of skin) or nodules (lumps or inflammatory lesion). In the most serious forms of acne, there are deep and purulent cysts, redness, swelling, scars and other serious skin damages. Acne occurs mainly in areas of high concentration of sebaceous glands, mainly face, neck, chest and back.

Acne rosacea is characterized by redness of the face. The skin turns red giving an appearance of sunburn. The face is covered in small, pus-filled sacs on areas of the nose, cheeks, forehead or chin. In some cases, small blood vessels appear on the face and increase the volume of tissues in the nose. In more than 50% of acnes rosacea, the patient feels a burning sensation in his eyes. He has the impression of having sand in his eyes.

Unlike many other diseases, the diagnosis of acne is simple. From the first symptom, you or your relatives or friends may detect the disease without medical consultation. However, some disorders of the skin may be confused with acne, the dermatologist is the specialist best suited to declare the disease. In some cases, some doctors may ask you some questions to rule out other factors leading to similar symptoms: prolonged exposure to sunlight or ultraviolet, taking medication, diet consuming, application of comedogenic cream, hormonal abnormalities, etc… 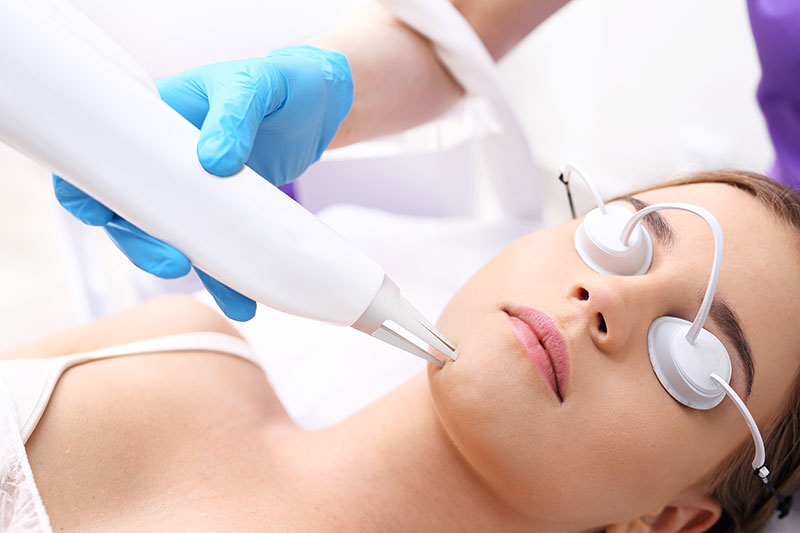 The treatment depends on the type of acne and the severity of the lesions. Now days, there are many treatments on the market, but few satisfying results. However, no matter what type of treatment you choose, a good hygiene is strongly recommended. A regular cleaning of your face with a mild soap twice a day is important.

Topical treatments – In some moderate or severe acne, topical treatments are enough to remediate the effects (excess oil production, Inflammation, bacterial infection, etc.) of the disease. Application of certain lotions along with a good hygiene can bring good results. For instance: retinoic acid applied on the hyperkeratosis may dry up the oil and kill bacteria; isotretinoin in the treatment of seborrhea (Seborrheic dermatitis ) may decrease the size and output of sebaceous glands (must not be used by women who are pregnant or who may become pregnant); benzoyl used properly, may reduce acne inflammation, etc.

The treatment must be done according to very precise rules to avoid excessive irritation. Sun exposure is not recommended during treatment. Following all the indications, some people can see improvement in 3 or 4 weeks after starting the treatment.

All these products may trigger irritation or dry skin, and sometimes, increase lesions in the first week. To reduce these side effects, a natural moisturizing cream can be applied daily.

Antibiotherapy – antibiotics are also used in treating acne. In both moderate and severe acne, oral antibiotics may be recommended by certain dermatologists to fight bacterial infection and reduce inflammation. Erythromycin can bring good results in moderate acne.

In serious acnes by their persistence or the size of the lesions, the treatment is general; it aims to pr4vent scarring. Oral antibiotics (Erythromycin, Doxycycline, Minocycline) used properly for at least 4 months are sometimes effective in treating acne scars and prevent new scars from forming. Pregnant women; however, should always avoid those antibiotics.

Retinoids – oral retinoids ((Isotretinion or Accutane) are considerable therapeutic in case of failure of other forms of antibiotic or in very severe forms of acne. They reduce sebaceous secretion (glands producing natural oil that protects the skin against dryness and other damages) and finally eliminate acnes in 4 to 6 months of treatment. However, they require a very reliable contraception because they are likely to produce birth defects. Contraception must begin one month before starting treatment, continue and be extended for several months after stopping taking the drugs.

Oral contraceptive – Oral contraceptives combined with norgestimate and ethinyl estradiol (EE) can effectively control acne in some women. However, due to many side effects of this treatment, it is better to consult your gynecologist to find out if the treatment is right for you.

Note: the FDA currently approves only Ortho Tri-Cyclen and Estro-Step.

Top 7 Ridiculous Pornographic Laws around the World Next post