Enuresis, also called bedwetting, is an unintentional urination during sleep in a child at a normal age to control his or her bladder. When the problem happens during the day, it is called diurnal enuresis (DE) and nocturnal enuresis (NE) at night.

Nocturnal enuresis affects around 5 million children in the United States. It occurs more often among boys, and

often presents a familial character (see causes). Enuresis can be primary or secondary: Primary when the child has never been able to stay dry at night for at least a year; secondary when the wetting reoccurs after at least 6 months of dryness.

Frequency
The Frequency of this disorder is 15-20% of children 5 years old, 5 to 10% of children aged 7-10 years, and 0.5 to 3% of adolescents. However; no matter the frequency, Enuresis is distinct from incontinence, where the person is not clean during either the day or night due to a constant involuntary leakage of urine.

What are the symptoms of enuresis?

The symptoms of enuresis vary slightly depending on the causes; thus:

• Enuresis caused by sleep disorders causes occasional micturition at night only
• Enuresis related to disease such as diabetes is characterized by excessive urine, increased thirst, weight loss, fatigue, and weakness
• Primary Enuresis is characterized by Wetting the bed and clothes mostly at night, with or without significant psychological problems.
• Enuresis linked to urinary tract infection tends to cause frequent abnormal urination mostly during the day; it is characterized by Cloudy or pinkish urine with strong odor. In addition, the voiding is often accompanied with burning and fever

Psychosomatic factors – emotional trouble or family tension is likely to trigger enuresis in a child. Other emotional causes that may increase the risk of developing the disease include birth of another child, school problems, divorce of parents, and serious intimidation by other children. However, affective disorders can cause secondary enuresis only, and the condition is always remediated once the child finds affection he/she needed.

Genetic factors – although it is controversial, some researchers have found that enuresis maybe linked to genetic modification on chromosome 13. It is estimated that children from one parent (father or mother) that had suffered from enuresis have 44% chance to be enuretic. The risk is even higher, 77%, when both parents had the same problem.

Bladder Dysfunction – though many studies have been done, is still not clear to establish a connection between bladder problems and nocturnal enuresis. Nevertheless, certain scientists suggest primary enuresis may result of bladder immaturity, delay physiological of neuromuscular reflexes controlling the bladder.

The diagnosis of enuresis does not require lot of tests, it is a simple procedure. The urologist will ask questions to the parent to determine whether it is a primary or secondary enuresis. The doctor may question the parent regarding family history of bed-wetting, family problems which can cause stress in the child, the time when the urination occurs (during the day or night), number of times the child wets the bed, etc.
If the answers of those questions indicating secondary enuresis, the doctor may recommend tests and exams to detect the root of the problem.

Positive Reinforcement – The treatment requires active participation of the child. In order to better control the urination, the enuretic should receive as much as anatomic and physiological information possible. The child must receive compliments for any little progress. Avoid the child to any factors that increases the risk of the problem. although restriction of water in the evening has little therapeutic effect, it is always a good idea not to let enuresic children drink a lot of water or juice right before going to bed. In case no progress is seen yet, it is essential to not blame, intimidate or punish the child; that does not help. 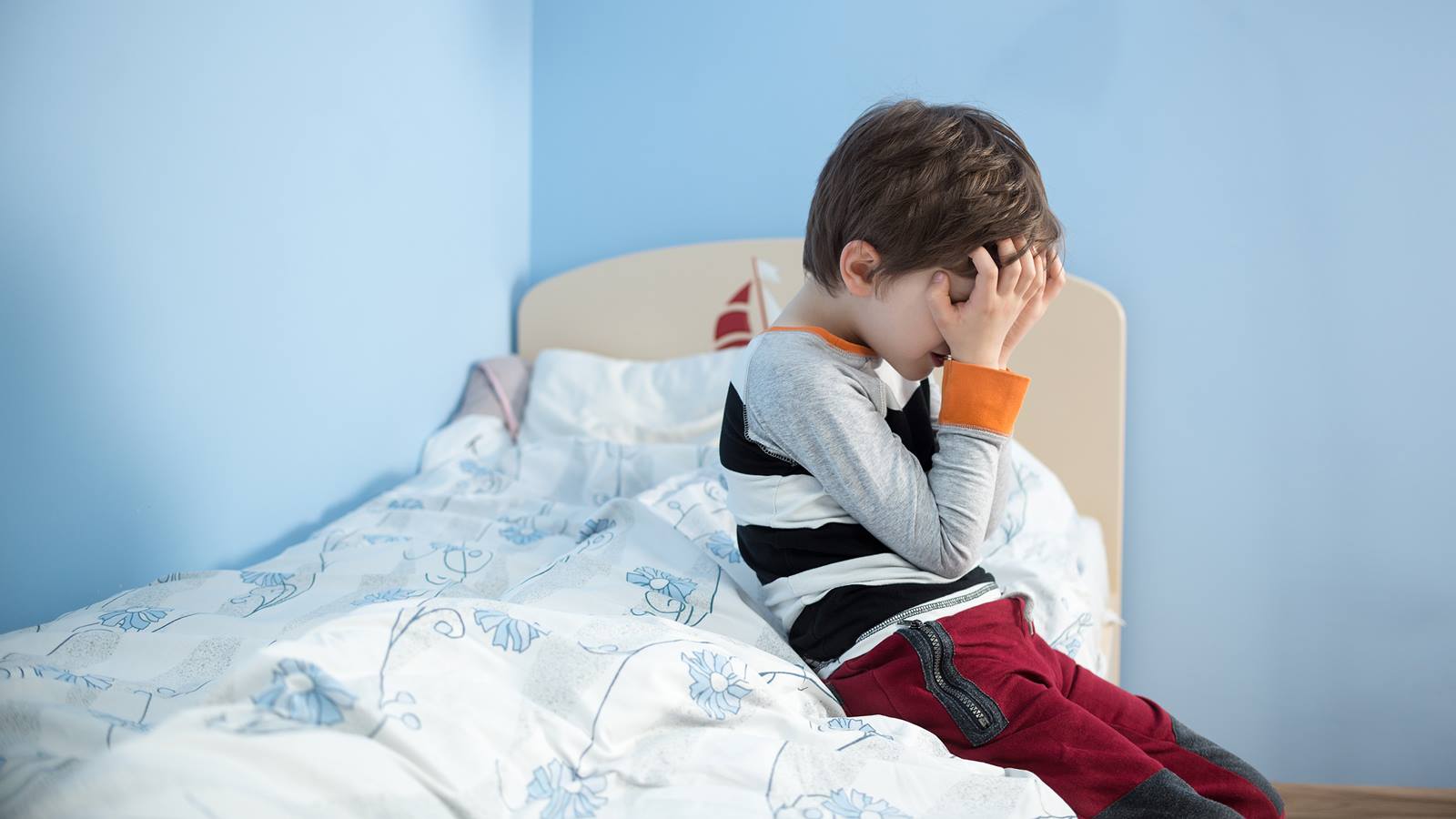 Medical Treatment – The medical treatment varies depending on the type of enuresis.

Nocturnal enuresis may be phased out after the age of 8, using Bed-Wetting Alarm which, under the sheets, emits a sound in contact with the first drops of urine, provoking a spontaneous awakening. In children that take an active participation, the bed-wetting alarm has been shown to be effective. In children, however, where their parents impose the initiative without their real consent, the treatment is often exhausting and ineffective. In this case, the doctor may suggest the use of an antidiuretic hormone or psychotherapy, in the most severe cases.

It is also possible to use certain drugs to reduce excessive muscle contractility of the bladder. The primary drugs used in the treatment of nocturnal enuresis include Desmopressin (DDAVP), Oxybutynin (Ditropan) and imipramine (Tofranil).