Coca-Cola is a sweet carbonated drink (soda) cola-type manufactured by the Coca-Cola Company. The name comes from two ingredients used in its original composition: coca leaf and kola nut. This is the most known beverage in the world. Every day, 1.5 billion coca cola are sold worldwide. But behind the success of the company, there are some dark sides that consumers do not know. Discover 7 Dark Facts about Coca-cola, including the Secret Recipe. 1 – Coca Cola Contained Cocaine
Originally the coca cola soda was called Pemberton’s French Wine Coca. It was an alcoholic beverage contained a mixture of coca leaves from Peru, cola nuts, damiana and cocaethylene (ethylbenzoylecgonine or just cocaine mixed with ethylene).
The pharmacist John Stith Pemberton (1831-1888) invented French Wine Coca in Atlanta, and it became very popular in the southern United States. However, in 1886 Atlanta prohibited the manufacture and sale of the beverage because of alcohol, which led Pemberton to develop a new version without alcohol. The wine was replaced with sugar syrup and the new version has been called Coca Cola until today.

In 1891, an Atlanta newspaper reported that Coca Cola contained cocaine, but no legal action was taken. In 1979, a journalist, Charles Salter, had made noise because he was sure that “there is cocaine in Coca…

His claim was based on the fact that not only the inventor, John Stith Pemberton, was a cocaine addict but a 1910 document which reproduced the authentic recipe of Coca-Cola: nutmeg, lemon, alcohol, orange, coriander, cinnamon … and coca leaves!

2 – Stepan Company Cocaine Extract
Indeed, Mr. Salter was right, Coca-Cola was in fact did contain some cocaine, further investigation revealed.  Although since 1929 the company officially claimed it stopped using cocaine, it is believed trace of the powerfully addictive stimulant drug is still used because the Coca-Cola Company still imports coca leaves in the US to be processed in a lab known as the Stepan Company.

Stephan Lab removes from the leaves their “alkaloid ecgonine” (substance which gives cocaine its addictive stimulant effects on the brain) before incorporating them into the drink. Thus, no lab that has analyzed Coca Cola can find any trace of drugs in the drink… “Approximately 100 metric tons of coca leaves are imported to the Stepan Company each year. Those activities remained a secret until the late 1980’s when the New York Times seemed shocked to discover the truth.”

If you still don’t get it; they don’t burn or discard the cocaine extracted; they sell it “for medical purpose”… When consider a gram of cocaine is worth $50; 333,000 grams is thus worth roughly $16.7 million on the street, this is huge money.

Coca-Cola has corrosive chemicals which can cause harmful damages to your body. The company receives an acid delivered in barrels marked “corrosive”. Although it’s not a secret for a few, the mass has no clue. You can do your own investigation by letting a spoon in a bottle of Coca overnight and check it in the morning… Can you imagine when this chemical comes on contact with your stomach?
Thanks to the internet, some people now know the “cleansing” properties of Coca cola. The same chemicals which attack and get rid of the grimes also harmfully attack the cells of consumers.

To justify themselves, Coca-Cola boldly points out that many other foods – tomato juice, wine, fruit juice, milk, soft drinks without alcohol- also contain a small amount of corrosive acid that is much lower than that naturally present in the stomach.

4 – 108g + High Fructose Corn Syrup per 1 Liter of Coca Cola
As confirmed by nutritionists worldwide, the most troublesome ingredient in Coca is sugar. Drink 1 liter of Coca Cola is swallowing 108g of sugar in addition to high fructose corn syrup… Far too much when consider a typical American would drink 170 liters per year; that’s the equivalent of 20 kilos of sugar!

Sugar is largely responsible for the growing dependence on soda that children and adults experience today. Refined sugar is a sweet legal poison that sends millions of people to the grave every year.

To prevent diabetic, obesity and cardiovascular risks, some people drink Diet Coke, alas! They don’t know it contains sweeteners like aspartame which is so dangerous that it can cause up to 92 serious medical conditions (adverse effects)… There is too much to say here on the ravaging effects of sugar, high fructose corn syrup, and aspartame in your body. Please see the link below for a special Video on 7 deadly effects of Coca cola on your body.

5 – Ingredients That Cause Cancer (Carcinogens)

Coca is Carcinogen, it can cause cancer. According to the Web MD team, Lab tests commissioned by a consumer group find that popular colas — including Coke and Pepsi — carry a caramel-coloring chemical that causes cancer in lab animals.

The drink contains the Caramel Coloring IV. This dye is the coloring substance that gives Coca its characteristic brown color. That is why the State of California has cut its maximum rate to 29 mg per can, except indicate on the packaging that the dye may cause cancer. However, elsewhere in the United States and around the world, where the regulations do not require Coca-Cola continues to sell its soda with a higher rate of this dangerous ingredient. For instance, In France, people drink Coca contains 79 mg E150d.

“Coke and Pepsi, with the acquiescence of the FDA, are needlessly exposing millions of Americans to a chemical that causes cancer,” stated Executive Director Michael F. Jacobson.

6 – Assassination of 9 People
In 2001, a lawsuit was filed in a Miami federal court against Coca Cola and their 2 Latin American bottlers: Bebidas y Alimentos and Panamerican Beverages, Inc. (Panamco). The lawsuit was filed by the USW Union and the International Labor Rights Fund.

It was a great move which would disclose many secrets about the giant company. Steelworkers President, Leo Gerard, stated “We are filing this case to show our solidarity with the embattled trade unions of Colombia.”

The lawsuit was filed on behalf of Sinaltrainal, the union that represents Colombian Coca-Cola workers, of which Oscar Dario Soto Polois was the leader. “The plaintiffs were seeking an unspecified amount of compensation and an end of human rights abuses.”   But they were playing with fire. Oscar Dario Soto Polo and 8 other members of the union who were workers in the bottling plants were murdered by death squads during the trial.

7 – The Secret Recipe
Here are the ingredients of the Coca-Cola secret recipe. The quantities given are therefore not absolutely accurate as change can be made at any time. 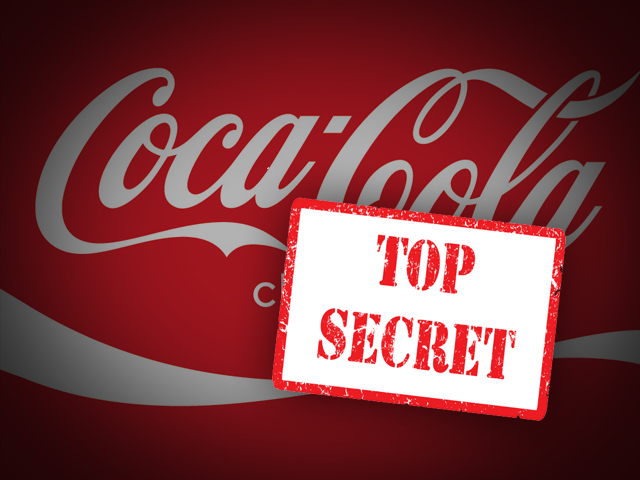 10 Most Disturbing Facts You DON'T Want To Know, Seriously You Don’t Next post