Heart attack, also called Myocardial infarction, is a sudden destruction of heart tissue due to an interruption of oxygen-rich blood supply to part of the heart muscle, the myocardium. Usually, the attack occurs when one or more coronary arteries are blocked by a clot.

The myocardium plays an important role in circulation of blood throughout the body. At each contraction, it pumps blood through the arteries to all organs of the body so that they can be irrigated and supplied with oxygen and other necessary nutrients. Unlike many other organs, the heart does not stop working; even at rest, the myocardium continues its vital job. Stopping working for a while means death. 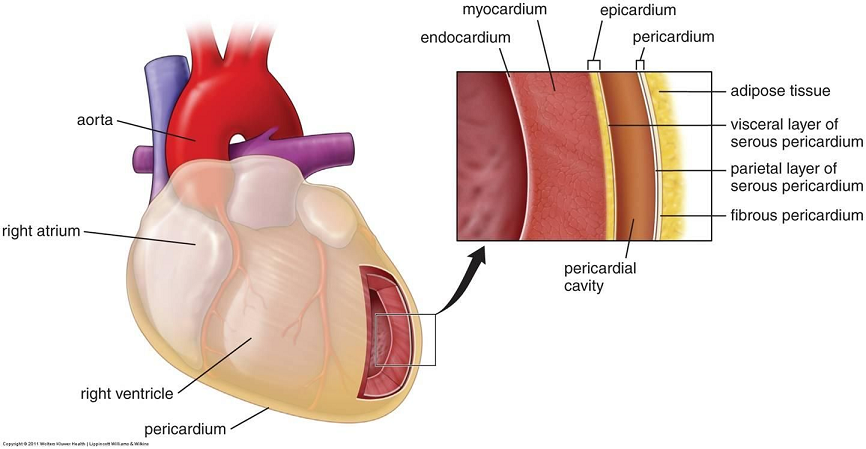 Heart attack is not a minor issue in developed countries like the U.S. Heart disease is the number one killer in the United States. According to American Heart Association, there is an estimate of 1,260,000 new coronary attacks each year; about 37 percent of them die from it. According to the same study, nearly one of every five deaths was resulted from coronary heart disease (CHD) in 2005.

In general, for a heart attack to occur there must be a blockage of one or more coronary arteries (arteries supplying the heart) by a blood clot, preventing the heart to receive enough oxygen and nutrients it needs to function. If the lack of oxygen persists, premature death of cells and tissue will occur in the myocardium. Without an urgent medical intervention, this disorder will cause immediate death.

Although rare, a heart attack may also be due to a spasm in a coronary artery. The effect of the spasm may be minor or major. A minor spasm tends to cause a lack of oxygen in a small part of the myocardium; in this case, the pathology may pass unnoticed. A major spasm, however, can affect the whole heart or a great part of it, leading to heart attack or/and even death.

Factors favoring the development of a heart attack include: Symptoms of heart attack vary from one person to another; in addition, sex may also influence the characteristic of the symptoms. In women, the sensation of pain is similar to heartburn. The pain is often extended into the chest and may take the form of a vague discomfort.

If you experience a sudden or prolonged chest pain, or any of these heart attack symptoms mentioned above, it is extremely important that you see your doctor right away. Heart attack warning signs should never be taken lightly; it is a matter of life or death. Most people who had a myocardial infarction (MI) tend to overlook the seriousness of the symptoms. Heart attack should not be neglected; every minute that passes increases your risk of death. If you are unable to see a doctor, call 911 right away. Even if you are lucky to survive, heart attack can lead to:

A heart attack does not always give chance for diagnosis; in fact, certain attack victims have no chance of reaching hospital. When the diagnosis is possible, a physical examination is often the first step that your cardiologist will consider. If you are conscious, he will ask you questions about your medical history and characteristics of the symptoms. After which, the cardiologist will then proceed blood tests, radiography, electrocardiography, echocardiography and angiography. These tests can help him to determine if there is heart muscle damage, and rule out other medical conditions having symptoms similar to heart attack.

Physical exam – a cardiac examination is an important part of a heart attack diagnosis. It allows your doctor to get an idea of your cardio-vascular problem. During the examination, the cardiologist will look for signs of heart failure, cardiovascular risk factors, high blood pressure, heart murmurs, abdominal aortic aneurysm, etc. Hoverer, a physical examination is not sufficient to confirm the diagnosis, other tests are needed.

Blood test – your health care provider will do a blood test to look for indication of heart attack.  Increased cardiac enzymes are often a sign of myocardial cell death. The most specific enzyme of a heart attack is the troponin (I or T). Troponin tests can be associated with CK–MB or myoglobin test.

Chest X-ray – this exam allows your doctor to evaluate your lungs, heart and chest wall. A chest X-ray not only helps your cardiologist to visualize the size and shape of your heart but also to discover a heart failure and other diseases of the heart muscle.

Electrocardiogram (ECG or EKG) – an electrocardiography is a painless medical procedure which has no major contraindications. It allows your cardiologist to study and record changes in electrical activity of your heart cells. During the examination, an EKG technician attaches electrodes on different parts of your body to get a recording of variations of the rhythm of your heartbeat. The ECG can not only detect the cause of the abnormal heart rhythm but also monitor a heart attack.

Echocardiogram – An echocardiogram is the use of sound waves (ultrasound) to create picture of the heart muscle. It allows your physician to visualize and record the shape, texture and movement of the valves and the volume and function of the cardiac chambers.

Coronary catheterization (angiogram) – this exam consists of using a thin catheter along with a computerized tomography to visualize the coronary circulation and blood filled chambers of the heart. Using the CTA, your cardiologist can detect internal problems of the heart and major blood vessels like the aorta. In addition, he can see if your coronary arteries are narrowed or blocked. The CTA is also used to detect narrowing or blockage of the carotid arteries that carry blood from the heart to the brain.

During and after treatment, drugs or surgical treatment, it is important to prevent or avoid all factors of cardiovascular risk: unhealthy diet, cigarette smoke, diabetes complication, obesity, physical inactivity, etc. 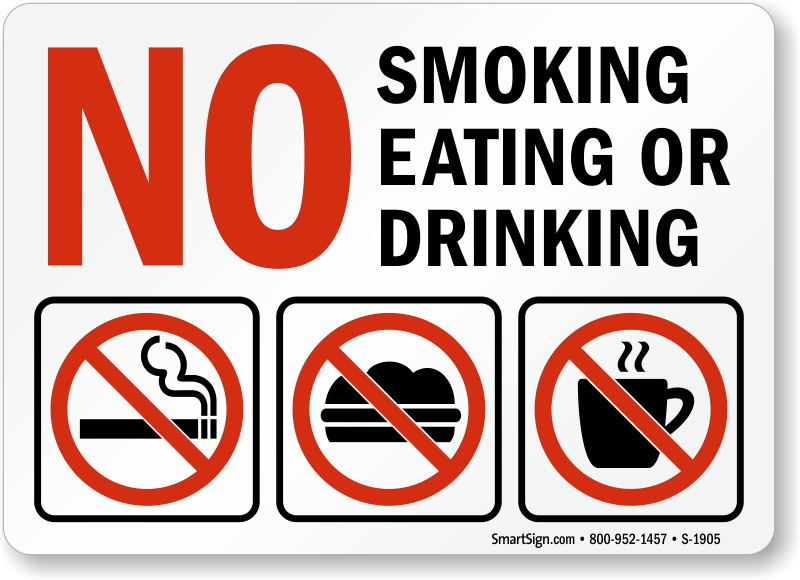 All form of heart attack deserves immediate medical care; you should not overlook or use “pseudo-therapies”; otherwise, you are playing with your life. While you are waiting for medical assistance, you can take an aspirin to facilitate the circulation of blood in the vessels.

In most cases of heart attack, hospitalization is required and must be made in specialized units with equipment for resuscitation and monitoring of vital signs. Usually, you will be put to strict rest, possibly on supplemental oxygen. In addition, an Ekg monitor can be established to control the activity of your heart.

Usually, two methods can be used to re-normalize the myocardial function after a heart attack: medical treatment, use of drugs to destroy the blood clot (thrombus) blocking the artery; or/and surgical treatment such as angioplasty or bypass surgery.

Medications prescribed by your cardiologist vary depending on the cause and severity of the disease. In general, your doctor will recommend you to take at least one of these drugs:

Aspirin – if case there is no contraindication, you will be recommended to take a daily dose of aspirin. The most common dose is between 80 and 81 mg once daily for a long period of time or for life. Along with a healthy diet and exercise, aspirin can reduce the risk of a new occlusion of your coronary arteries, thus, preventing another heart attack.

Beta-blockers: beta blockers are used effectively in all types of heart attack, regardless of the severity and extent of the disease; however, they seem more beneficial for patients who have a serious heart attack. Along with a healthy diet, beta-blockers can help reduce adrenergic blood pressure on your heart. In addition, these drugs reduce the risk of another heart attack or progression of heart failure in patients having a previous heart attack. The most commonly used in the treatment of heart attack include: metoprolol (Lopressor, Toprol XL), atenolol (Tenormin) and bisoprolol (Zebeta).

Angiotensin–converting enzyme (ACE) inhibitors – As beta-blockers do, this class of medications help control blood pressure and reduce cardiac remodeling, changes in the size and function of the heart which can lead to heart failure. Your cardiologist will recommend you to take ACE inhibitors even if your blood pressure is normal. If you develop intolerance, you will be prescribed satins. Usually, you will be asked to take ramipril (Altace) or enalapril (Vasotec) in the class of ACE inhibitors.

Statins – satins are used to lower levels of high blood cholesterol and reduce the risk of a new heart attack. Among the satins, the most used in the treatment of heart attack are atorvastatin (Lipitor), simvastatin (Zocor) and pravastatin (Pravachol). As beta-blockers, these medications must be taken for a long term.

Clopidogrel – This antiplatelet drug, along with aspirin, is used to reduce the risk of thrombosis, presence of blood clot in your blood vessel. In most cases, your cardiologist will prescribe this medication if you have been treated with stent implantation. You may be recommended to take clopidogrel in combination with aspirin for at least 1 year.

Coronary angioplasty – After a severe heart attack which does not respond well to medications, angioplasty or coronary bypass surgery can be necessary. In this case, a cardiovascular surgeon will install, temporarily, a balloon catheter within the aorta that acts as an auxiliary pump which performs some of the works of the heart. Although rare, angioplasty can lead to complications no matter how good the surgeon is. Research on angioplasty is ongoing to make it safer and more effective in the fight against coronary disease.

Coronary Artery Bypass Surgery – the coronary arteries are small blood vessels (2 to 3 mm in diameter) arising at the origin of the aorta above the aortic valve. Their main job is to supply the heart with oxygen-rich blood. These arteries, however, may be narrowed or blocked by deposits of fat, which prevents the heart to find sufficient nutrients and oxygen needed to function properly. A coronary artery bypass surgery is performed to bypass the blocked artery by a blood vessel graft to restore normal blood flow to the heart. This intervention is indicated for the prevention of sudden death, mainly in patients with heart disease with mechanical malfunction of the left ventricle.

It is important to prevent any possible risk factors leading to heart attack; although it is not always easy for some people, practicing the following preventive measures can help you prevent not only cardiovascular diseases but also a variety of other ailments including many types of cancer.

1 – Hardoon SL, Whincup PH, Lennon LT et Als. How much of the recent decline in the incidence of myocardial infarction in british men can be explained by changes in cardiovascular risk factors?: evidence from a prospective population-based study

2 – American Heart Association: Final 2005 statistics for the United States show that coronary heart disease (CHD) is the single leading cause of death in America. CHD causes heart attack and angina.