New archaeological discoveries not only help us to understand how our ancestors used to live but also discover other species that used to live on earth 1000s of years ago but, unfortunately, have gone extinct. Discover 7 most recent archaeological discoveries which include Napoleon soldiers skeleton, Claw of the Mount Owen Moa, Mass Baby Grave in Ashkelon (Israel), Mona Lisa Bones, Mammoth Skeleton, Human skulls In Afghanistan Presidential Palace, 48 Million Years Fetus found in Germany, and WEIRD Creature Found in Thailand.

“We estimate that about 200 people were buried here … In our first estimate, it is the dead soldiers of the Great Army in 1813 … It is certain that these are tombs urgently erected, as military does,” said Olaf Cunitz and Andrea Hampel.

The graves were discovered thanks to precautions the archaeologists took during the search on the site. The soldiers discovered in Frankfurt probably died from wounds or succumbed to typhus epidemic. But assertions have yet to be scientifically verified before full confirmation.

2.Claw of the Mount Owen Moa
The moa was a flightless bird endemic to New Zealand, which could reach about 3.6 m (12 ft) in height with neck outstretched, and weighed about 230 kg (510 lb). When Polynesians settled New Zealand in CE 1280, the moa population was about 58,000.

Moas were the dominant herbivores in New Zealand’s forest, shrubland and subalpine ecosystems for thousands of years, and until the arrival of the Māori, were hunted only by the Haast’s eagle.

Moa extinction occurred in CE 1440 ± 20 years, primarily due to overhunting by are the Māori, indigenous Polynesian people of New Zealand, originated from eastern Polynesia at some time between 1250 and 1300 CE.

But In 1986, an expedition into the cave systems of Mount Owen in New Zealand found a well preserved moa limb, which revealed the bird might be recently deceased. But archeological studies showed the remain was from a prehistoric Upland Moa.

3.Mass Baby Grave in Ashkelon, Israel
In Ashkelon, Israel, a group of researchers conducted by the archaeologist Ross Voss, made a dark discovery:  the remains of more than 100 babies in an Ancient Roman bathhouse. In the pipes of the city’s sewers the bones of hundreds of babies have been found.

Voss, along with forensic anthropologist Professor Patrician Smith examined the remains and could not establish exactly any sign of illness or disease. All the infants appeared to have been in perfect health when they died, at no older than a week.

It is being speculated that the infants could have been killed as a form of birth control, which was common during Roman times; or it was some sinister human sacrifices. Regardless of the cause, this is a disturbing discover that still puzzles archeologists around the world. 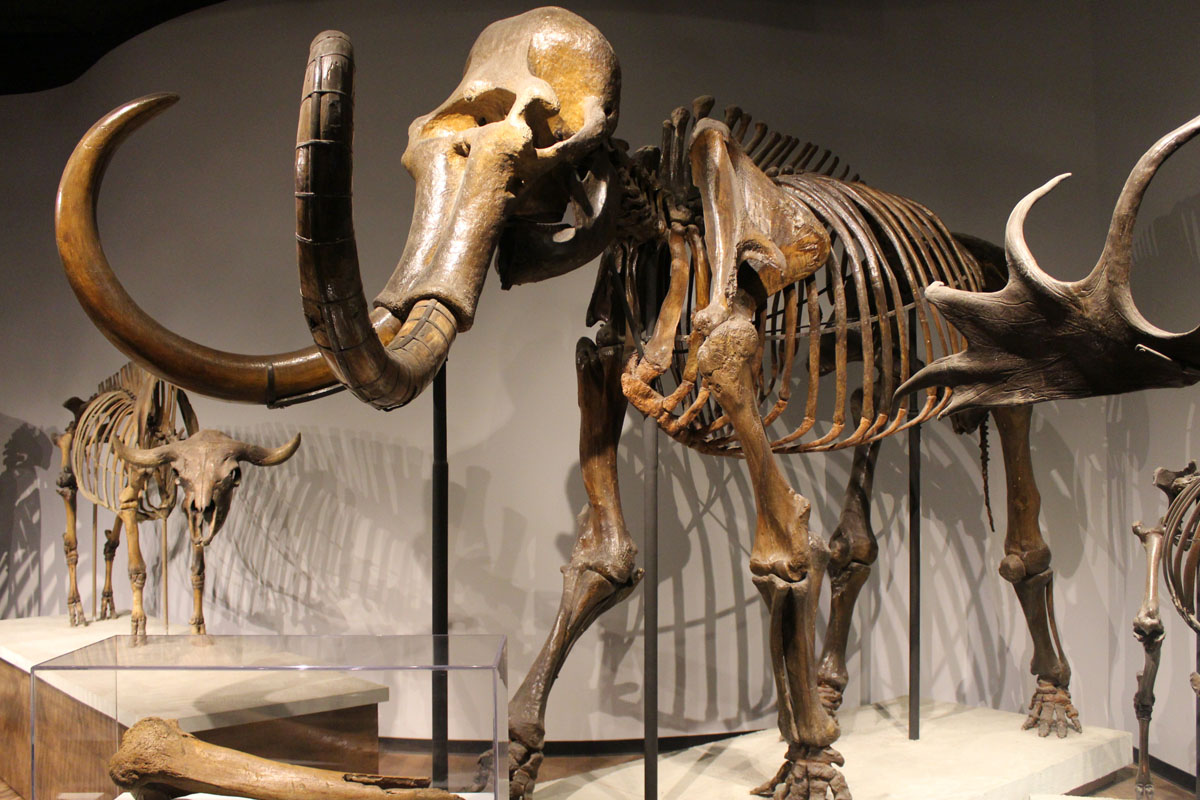 Unintentionally, a farmer from Michigan (United States) has discovered a mammoth skeleton in his soybean field on September 28, 2015. According to scientists, the beast was killed by humans about 11 000 -15 000 years ago.

It is a spectacular discovery. “The skeleton is almost complete (except it misses the posterior limb, legs, and other assorted parts) compared to other mammoths found in Michigan and surrounding areas”, says one of the scientists.

In addition to keeping quality, the bones also have an interesting past. Scientists believe indeed that the mammoth was killed by human and thrown into a field, which was a former pond. However, these hypotheses remain unproven; more studies are needed to confirm the cause of death with certainty.

5.Human skulls In Afghanistan Presidential Palace
While some works were being done in the presidential palace in Kabul, Afghanistan, two human skulls and skeletal remains were found in the site. It is a mysterious discovery that rekindles the debate on the fate of certain leaders and their families in this country’s history marked by coups and wars.

“The two skulls and human bones” were found during construction works in a kitchen of a palace complex where the Afghan President, Ashraf Ghani, lives. This is a secure place, a green oasis far away from the capital protected by imposing walls and a maze of gardens.

Assassination against Afghan leaders is common; the remains can be from a past leader and his family. But to accurately identify the discover, Mr Ghani ordered the creation of a committee comprising forensic experts, members of the Afghan Commission for Human Rights, and officials of the Ministry of Interior.

6. 48 Million Years Fetus in Germany
The remains of a fetus older than 48 million years ago, containing fragments of soft tissue, were discovered inside of a fossil in Germany. This is an ancient ancestor of the modern horse. The discovery is published on PLOSOne.org (Public Library of Science) October 8, 2015.

The fetus, 12.5 cm long, is well preserved, with virtually all the bones attached to each other except for the skull, which was apparently crashed. This state of preservation of the fossil enabled researchers to reconstruct the appearance and the original position of the fetus.

Scientists believe that the animal died shortly before birth. They also found fragments of soft tissue preserved from the placenta, and ligament of the uterus. Using an electronic scanner and X-rays, they have discovered that a layer of bacteria had replaced most soft tissues.

These researchers of Senckenberg Research Institute in Frankfurt, Germany, and the Natural History Museum of Basel, Switzerland, found that the reproductive system observed in the fossil largely corresponds to that of modern mares.

On October 7, 2015, the inhabitants of a small village in Thailand were frightened by a beast whose appearance is unknown and still unidentified. The discovery not only terrifies the whole village but also people from around the world after pictures have been published on the net.

Images show the dead creature on a table, and a crowd of Thai villagers gather around it. The morphology of the animal is a calf, but the skin is of a crocodile. It is like a calf or a sheep that has been burned.

According to preliminary analysis, the beast would have hooves which are similar to those of a calf. Died shortly after his birth, the animal presents both the characteristics of mammals and reptiles.

Top 7 Female Celebrities Who Cheated on Their Partners Next post